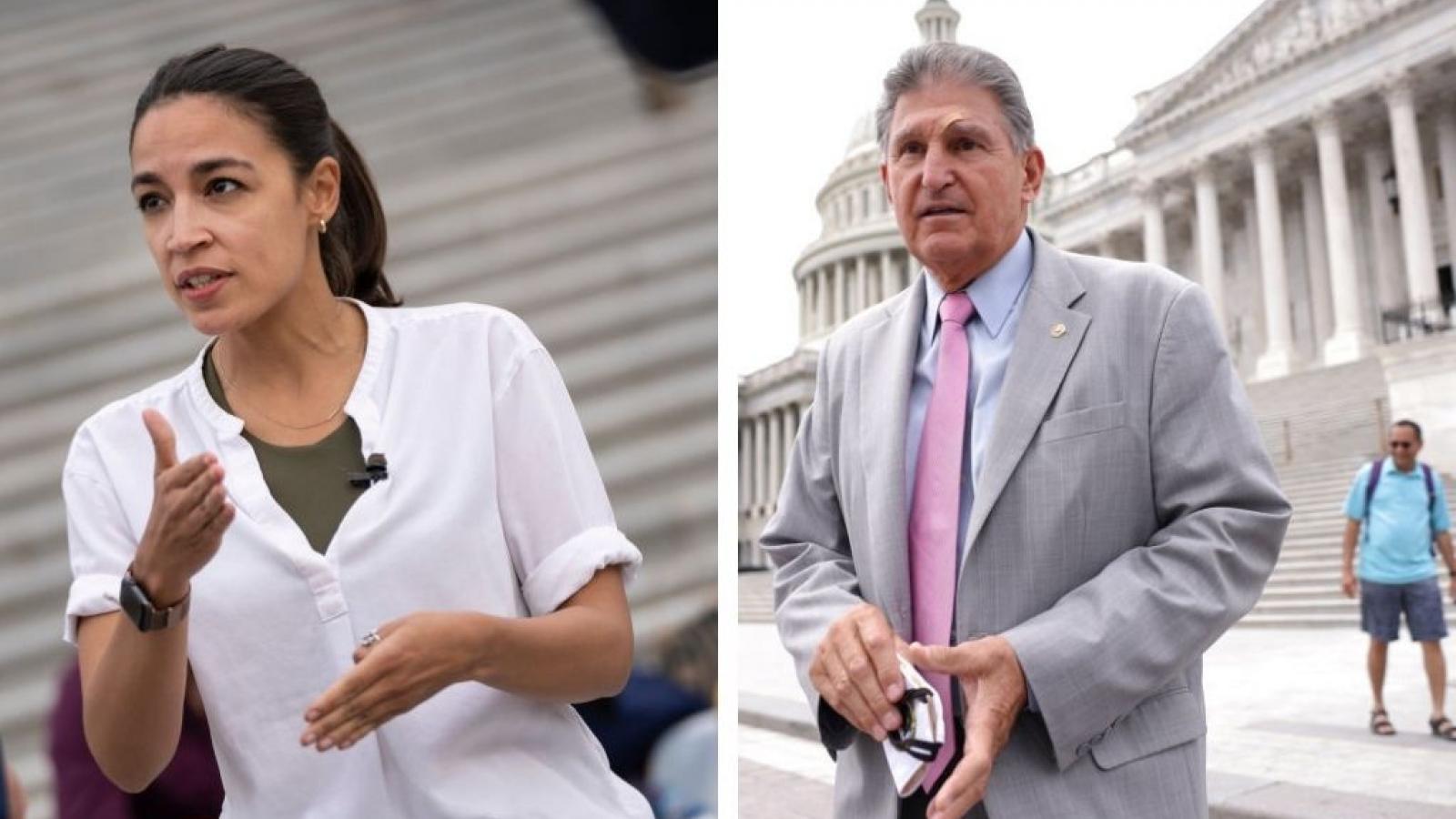 New York Rep. Alexandria Ocasio-Cortez, the unofficial leader of House Democrats' progressive wing, is firing back at fellow party member West Virginia Sen. Joe Manchin for referring to her this past weekend as "that young lady."

"Imagine if every time someone referred to someone as 'young lady' they were ask [sic] responded to by being addressed with their age and gender?" she wrote in a separate tweet. "They'd be pretty upset if one responded with 'the old man,' right? Why this kind of weird, patronizing behavior is so accepted is beyond me!"

According to The Hill, Ocasio-Cortez's comments are the latest escalation in an intraparty fight over how large the Democrats' social spending bill should be.

In a Sunday appearance on CNN, Manchin criticized progressive lawmakers for threatening to kill a bipartisan infrastructure bill if he refused to support the spending bill. Singling out Ocasio-Cortez, Manchin refuted claims made by the freshmen lawmaker that he holds secret meetings with oil lobbyists.

"I don't know that young lady that well," he said. "I really don't. I have met her one time, I think, between sets here. But that's it. So we have not had any conversations. She's just speculating and saying things because she wants to."

The exchange underscores the challenges Democrats are facing as they attempt to pass President Biden's legislative agenda while attempting to maintain control of the House and Senate.