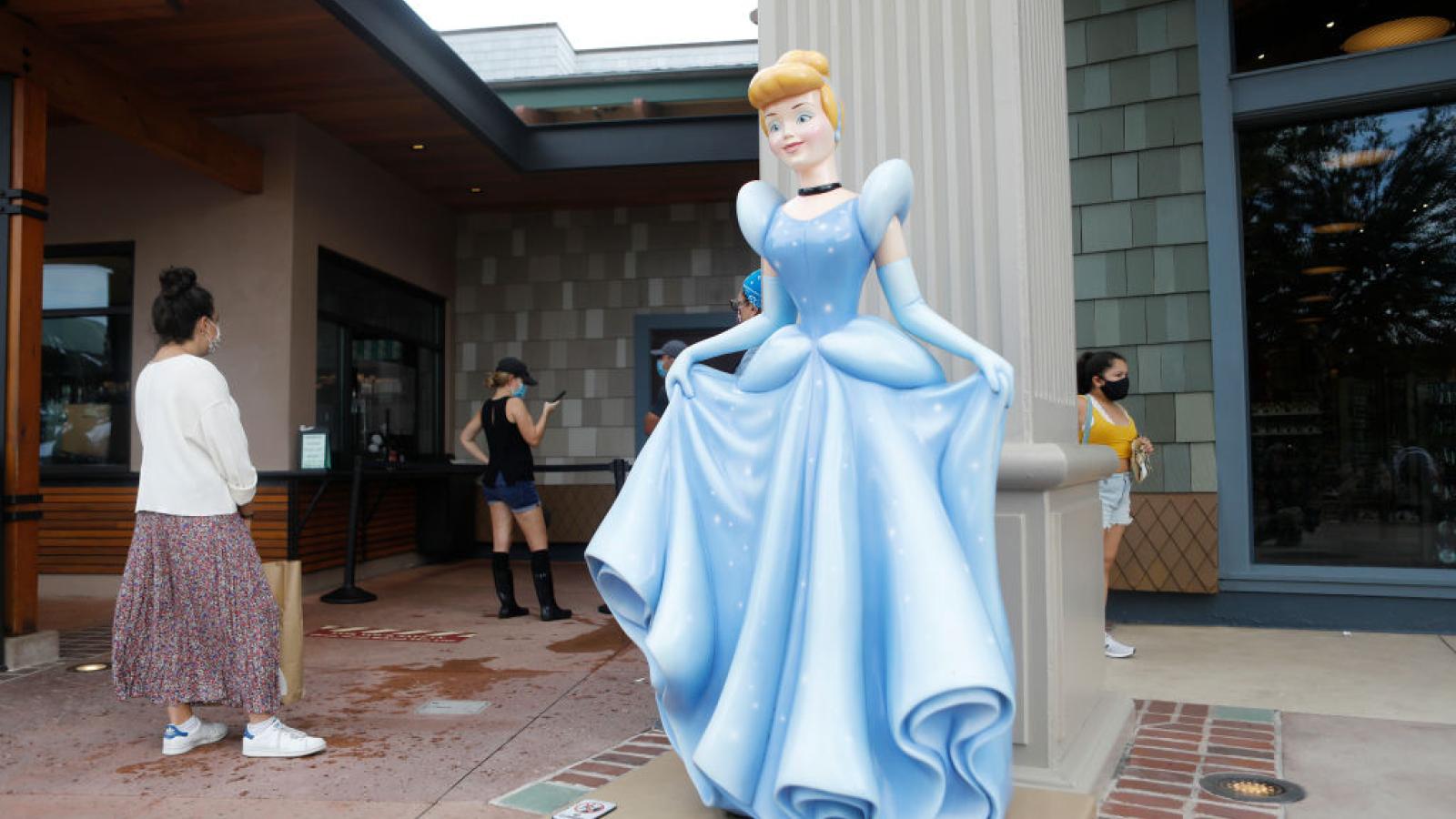 A statue of Cinderella at Walt Disney World.
(Octavio Jones/Getty)
By Just the News staff

Disney recently updated its website in at least one instance to make a female-centered staffing position into a gender-neutral title, in what appears to be a concession to LGBTQ gender ideology,

The boutique used to be staffed by "Fairy Godmothers-in-Training," but Disney fans noticed the company at some point over the past several months opted instead for the non-feminine "apprentice" label, according to adnamerica.com.

"This way, cast members who may not identify as female can still be part of the process of dressing and styling children without having to refer to themselves as a female Disney character," according to the Disney blog "Streaming the Magic."

Other Disney-centric blogs indicate the company retained the original "Godmothers" label as recently as May. It is unclear when exactly it was changed.

The salons are set to reopen August 25, after being closed for years as a result of the pandemic, adnamerica also reports.

Conservative commentators and activists slammed the quiet switch on social media this week. "Just call them 'Fairy Godpersons' and be done with it,' Media Research Center editor Joseph Vazquez tweeted.

Earlier this year, Disney sparked criticism from employees for not opposing a new Florida law to ban schools from teaching students in the third-grade and below about gender identity and sexual orientation. Then CEO Bob Chapek said he'd support the repeal of the so-called "Don't Say Gay" law, sparking backlash from GOP Gov. Ron DeSantis.