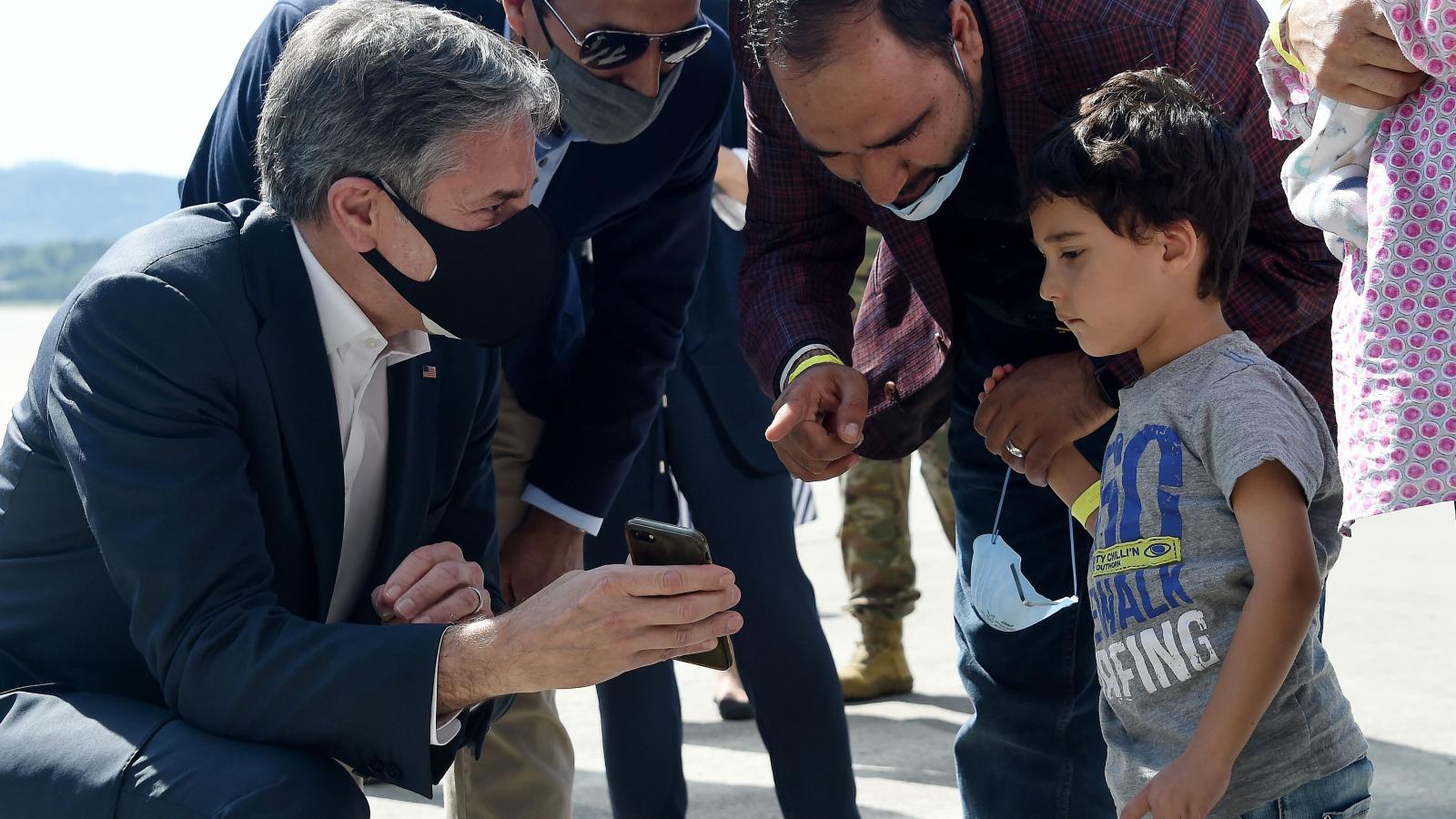 Secretary of State Antony Blinken meets with Afghan refugees at US air base in Germany.
Getty Images
By Sophie Mann

President Joe Biden is planning to increase the number of refugees allowed to enter the U.S. to 125,000 during the new fiscal year, which will begin October 1.

The move, which was announced by the State Department Monday, fulfills a Biden campaign promise. Though, the action will likely not impact two groups of people in the news of late – the thousands of Afghans who fled Kabul last month as U.S. forces were hastily withdrawn, and the more than 15,000 Haitians who are camped under a bridge in Del Rio, Texas, along the southern border having fled political and economic turmoil in their home country. The two groups are not classed by the department as refugees.

In May, Biden raised the refugee cap for the current year to 62,500, up from former President Trump's historically low 15,000 figure. However, despite the increased cap, the government agencies and non-profits responsible for refugee resettlement efforts that were gutted during Trump's presidency as a result of the lower number now need time to staff back up. That delay means that only about 7,500 official refugees have been settled in the country during Biden's time in office, even though the cap increased significantly.

State Department spokesman Ned Price says  the White House has sent Congress a report detailing Biden's intentions to raise the refugee figure in an effort to "address needs generated by humanitarian crises around the globe." Presidents are required to consult with Congress before changing the number of refugees allowed into the U.S. each year.

Despite the fact that they will likely not be classed as official refugees, tens of thousands of Afghans who were evacuated from Kabul last month have already arrived in the U.S., many of whom will be resettled in communities across the country and live and work under a special humanitarian program. The administration has requested that Congress pass a special law to place those migrants on a path to citizenship.

The official movement to increase the cap comes as the administration continues to struggle with the fallout of the withdrawal from Afghanistan, in addition to an unrelenting surge of illegal migrants at the southern border.