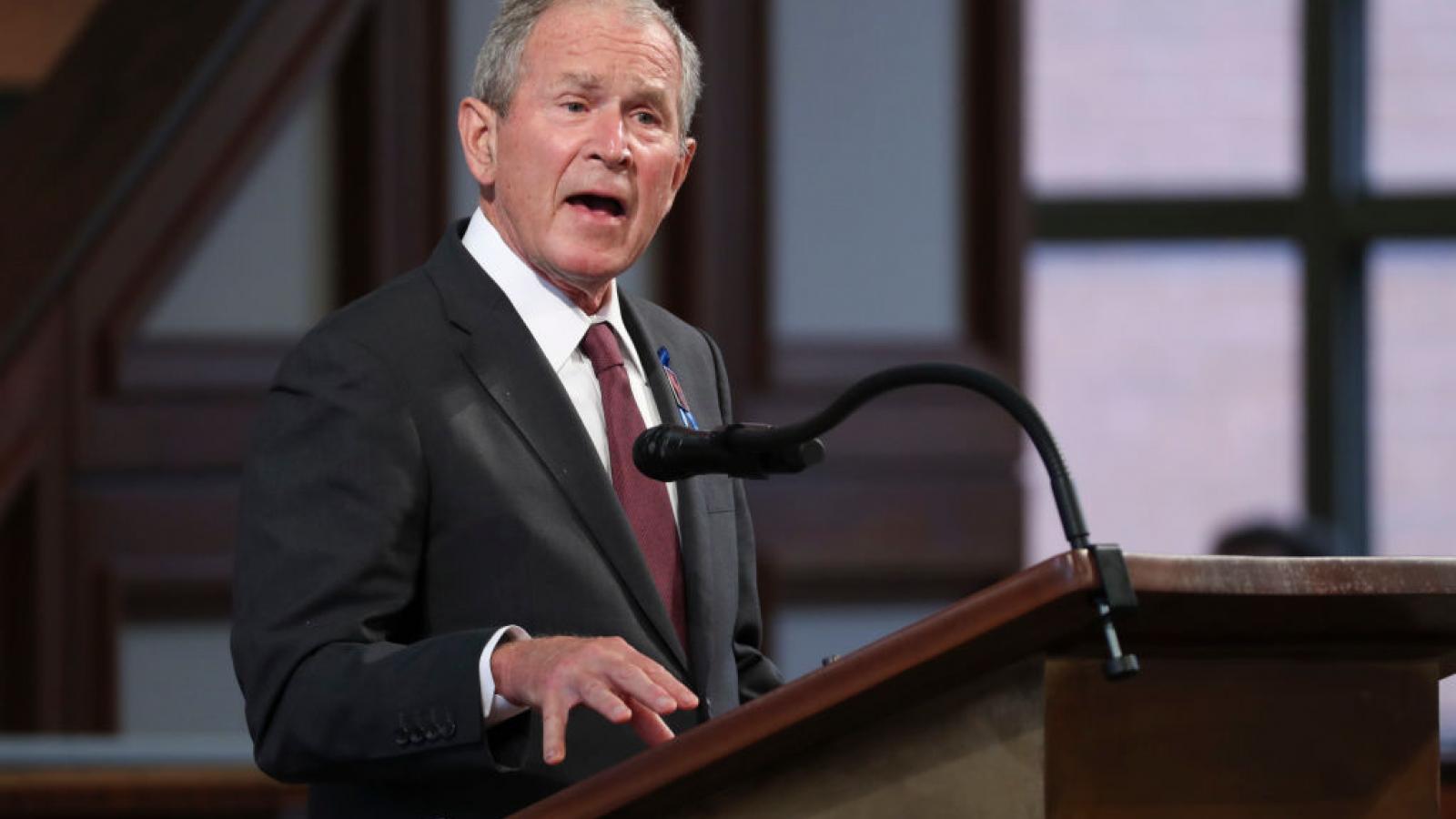 Former President George W. Bush advocated for a secure border, and said that Americans who support a pathway to citizenship for individuals brought to the U.S. as minors are not promoting open borders. Bush stated his views in an opinion piece ahead of the release of his book featuring paintings and stories of immigrants.

"I set out to accomplish two things: to share some portraits of immigrants, each with a remarkable story I try to tell, and to humanize the debate on immigration and reform," Bush said about his forthcoming book in a Washington Post opinion piece. "'Out of Many, One' is not a brief for any specific set of policies, which I leave to the political leaders of today. However, the book — along with the George W. Bush Presidential Center — does set forth principles for reform that can restore the people’s confidence in an immigration system that serves both our values and our interests.

"One place to start is DACA (Deferred Action for Childhood Arrivals). Americans who favor a path to citizenship for those brought here as children, known as 'dreamers,' are not advocating open borders. They just recognize that young men and women who grew up in the United States, and who never knew any other place as home, are fundamentally American. And they ought not be punished for choices made by their parents," the former president wrote.

He said the the nation should have a "secure and efficient border," but also wrote that the U.S. must engage with other nations "to help them build freedom and opportunity so their citizens can thrive at home."

The former president indicated that illegal immigrants presently residing in the U.S. should have an avenue through which they can earn citizenship, though he said giving them amnesty would not be fair.

"As for the millions of undocumented men and women currently living in the United States, a grant of amnesty would be fundamentally unfair to those who came legally or are still waiting their turn to become citizens," Bush wrote. "But undocumented immigrants should be brought out of the shadows through a gradual process in which legal residency and citizenship must be earned, as for anyone else applying for the privilege. Requirements should include proof of work history, payment of a fine and back taxes, English proficiency and knowledge of U.S. history and civics, and a clean background check."