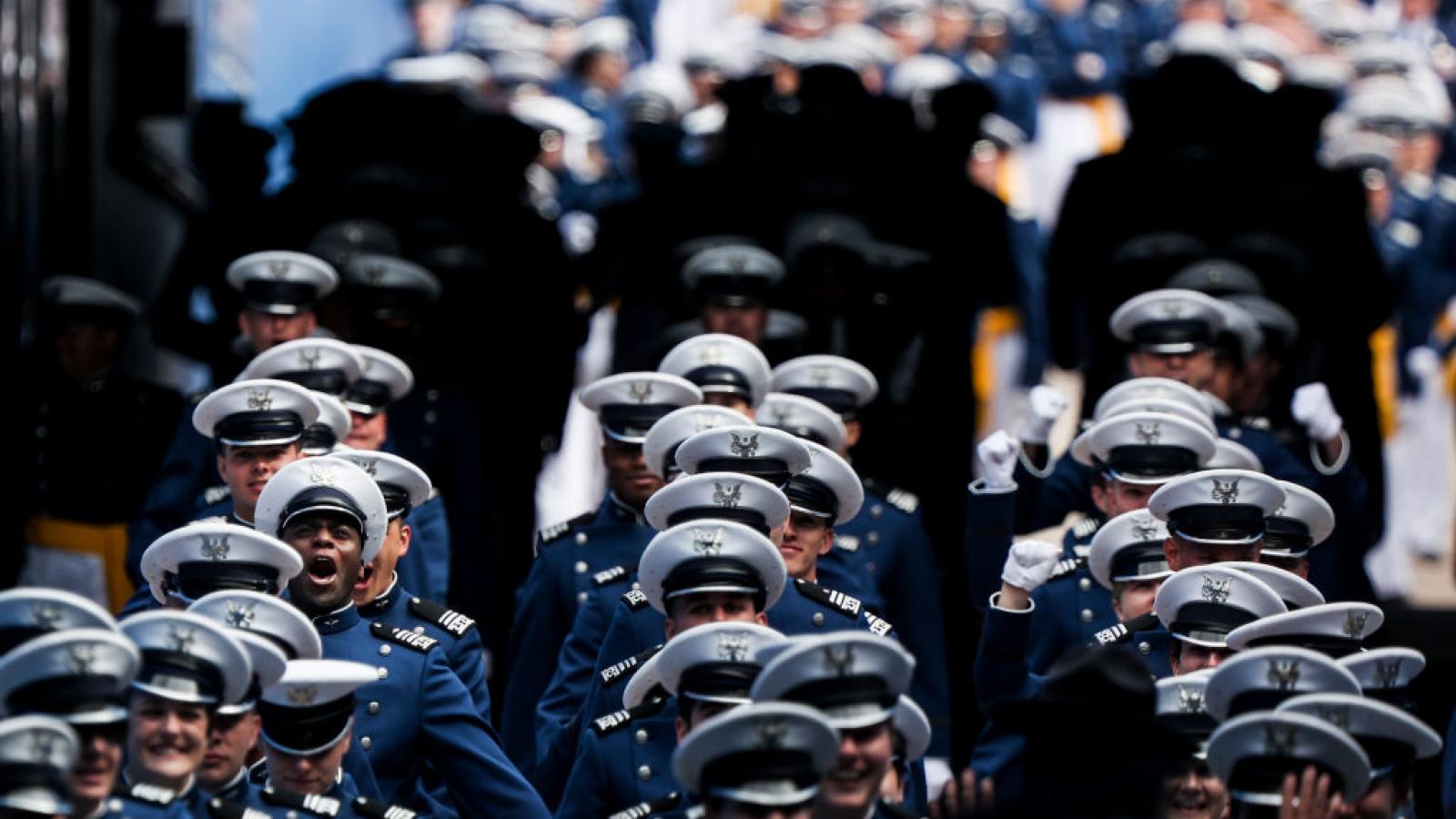 An Air Force Reserve officer who tested positive for an allergy to an ingredient in COVID-19 vaccines was denied a medical exemption and later received a letter of reprimand, which is considered a serious sanction that could potentially end her career.

Lt. Col. Brandi King, who was previously fired from her position in the Air Force chief of staff's new diversity program after submitting a religious accommodation request (RAR), tested positive for an allergy to polysorbate, an ingredient in the Janssen (Johnson & Johnson) COVID vaccine. The allergist who administered the test recommended that she be exempted from receiving a COVID vaccination because of "the potential for a significant allergic reaction."

According to the Centers for Disease Control and Prevention, if someone has an allergy to polysorbate, they shouldn't receive the Janssen vaccine. The CDC recommends those allergic to polysorbate ask their doctor if they can get the mRNA COVID vaccine instead.

King has also previously tested positive for COVID antibodies from a prior infection.

The chief nurse of the 452 Aerospace Medicine Squadron initially indicated to King that she would be able to get a 30-day exemption to the vaccine, King's attorney, Davis Younts, told Just the News. The extension would give the Air Force Reserve Command time to obtain additional documents and review King's situation.

However, a day after King submitted her medical exemption request, the chief nurse told her that after seeking clarification from the Air Force Reserve Command and Surgeon General Consultant for Allergy and Immunology, there would be no temporary medical exemption.

The day after the exemption denial, King received a letter of reprimand, "which is an extremely serious sanction for an Air Force officer," Younts said.

If the letter of reprimand is upheld, then an unfavorable information file will be created, which is considered in her performance report, which goes before the promotion board. If she gets a negative performance report as a result, she won't be competitive for a promotion, effectively ending her military career.

In the letter of reprimand, Commander of the Fourth Air Force, Major General Jeffrey T. Pennington, noted that King had requested medical exemptions twice after the initial deadline of Oct. 3, 2021, which is when she had submitted the RAR that was ultimately denied.

The first medical exemption request sought a nine-month extension for a COVID study that required her to be unvaccinated. The second request followed the positive allergy test.

"You should have concurrently raised all medical issues in which you were seeking a medical exemption in accordance with the first order you received," Pennington wrote. "By continuing to raise issues one by one, you have caused me to question your judgement."

While in the past reservists accused of misconduct have been entitled to due process through an impartial hearing to determine whether they may remain in the military, King is instead facing the possibility of an involuntary transfer into the Non-Participating Individual Ready Reserve (IRR).

The IRR means King, who's very close to retirement eligibility for her time in the military, would no longer have status in the Reserves, a state of limbo in which she couldn't participate in drills, receive military orders, or receive any pay or retirement. She would be ineligible for military healthcare, and have to fully pay life insurance on her own in order to keep it.

The IRR is usually for people joining the military and is a backup to the Reserves, King's attorney told Just the News. Those in IRR typically have a year until they must find a unit to take them. If they don't join a unit by then, then they're out of the military — and King would probably be unable to find a unit to take her in with her letter of reprimand, Younts explained.

The letter of reprimand and IRR are two separate processes that usually do not proceed at the same time, he continued. Typically, the letter of reprimand must be concluded before an IRR is initiated. This is because if a Reservist is placed in the IRR before the letter is completed, they will no longer be under the command of those recommending the reprimand.

Younts told Just the News that the Air Force Reserve Command is transferring King to the IRR instead of giving her a hearing because they're afraid the board might recommend she be allowed to stay in the military. He added that by placing her in the IRR and preempting the possibility of a board letting her stay, the Reserves would not have to worry about the double standard created for those who have already been released from the military for refusing the vaccine.

Younts noted that setting up a hearing for King could take three to six months and is expensive. King would also continue to receive pay during that interval. If there are multiple Reservists going through the same process, it would become very time-consuming and strain resources, he said.

"It is deeply troubling that after everything my client has done to comply with the shifting requirement the Air Force has placed on her they are now seeking to punish her and end her career because she has sought a medical exemption to the vaccine," Younts said.

The Air Force hasn't responded to a request for comment.