The spirit spots this year pay homage to the impact COVID-19 is having on the 121st meeting of Army v. Navy. 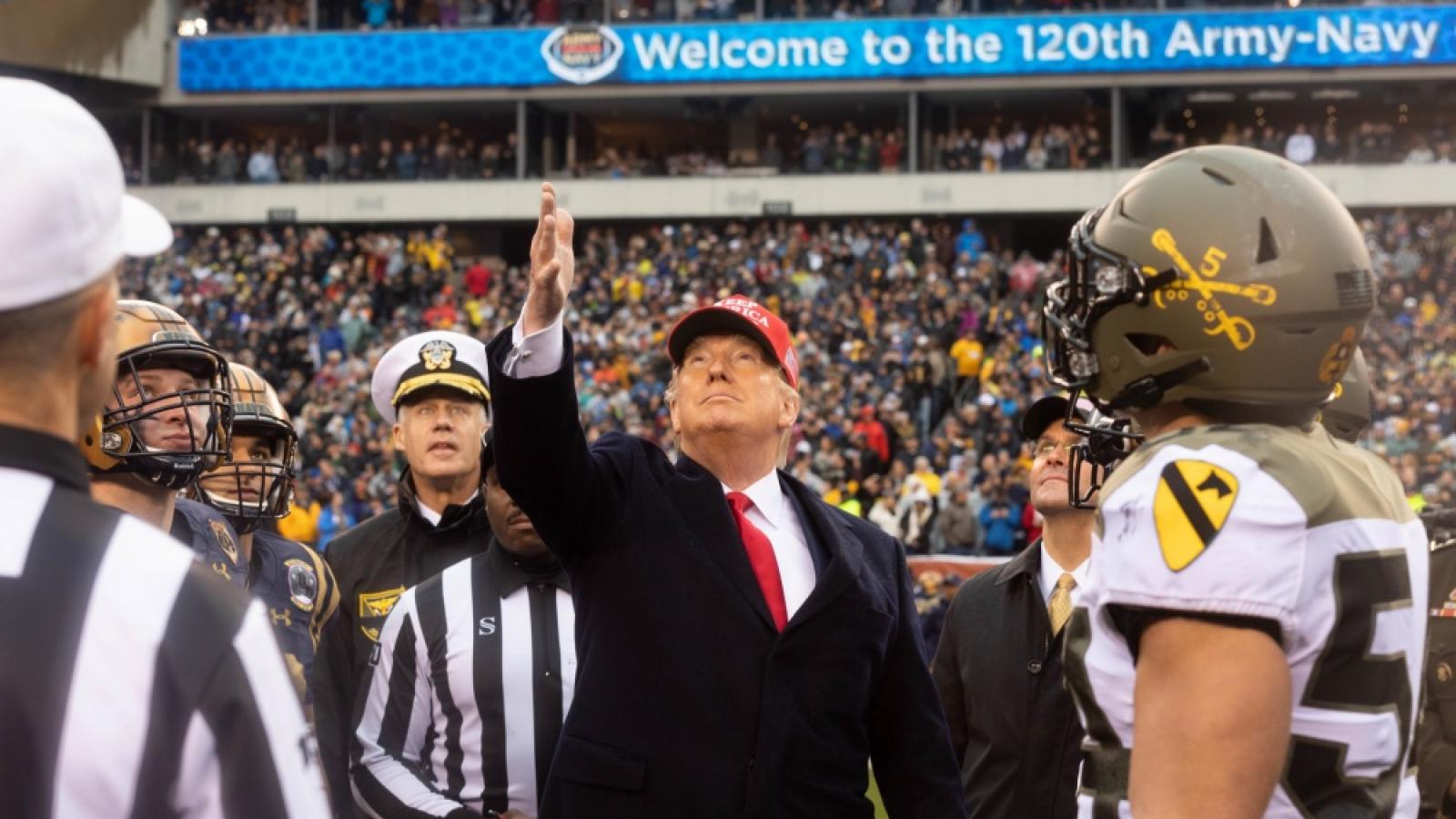 The coronavirus pandemic has left its mark on the annual Army-Navy football game, including the lighthearted tradition wherein each side produces spirit videos to galvanize their respective fans.

Rather than being played on a large field before a packed stadium, the Dec. 12 game will be held only with President Donald Trump and a small cadre, plus students from the rival military academies in the stands.

The spirit spots this year are paying homage to the impact COVID-19 is having on the 121st meeting of Army v. Navy.

A video from U.S. Army North features a football being lobbed from and to various masked soldiers, and being wiped clean of germs before it is handed off to a Cavalry horseman to deliver to the football team.

A "Viral Video" from the Navy crew notes that "masks are the new norm," and pokes fun of Army while boosting midshipmen.

A joint team spirit spot from Navy Reserve depicts uniformed supporters from both branches, with a few masked but most bare faced.

Typically, the contest between Army and Navy is held at a neutral field. The game this year originally was set to take place at Philadelphia’s Lincoln Financial Field. Pennsylvania placed crowd limits that would have stopped the West Point Corps of Cadets and the Naval Academy Brigade of Midshipmen from attending.

Instead, the game will be held at West Point's Michie Stadium, marking the first time since World War II that Army and Navy have faced off at a home field. The two schools alternated hosting the game in 1942 and 1943, and also during their first four meetings from 1890-1893, according to organizers.

"The health and welfare of the Corps of Cadets and Brigade of Midshipmen is the number one priority," the Military Academy's superintendent, Lt. General Darryl Williams, said in a statement. "Hosting the Army-Navy Game on West Point will be the safest way for the Cadets and Midshipmen to experience the game."

Kickoff is Saturday at 3 p.m. Fans can view the game on television, on CBS.