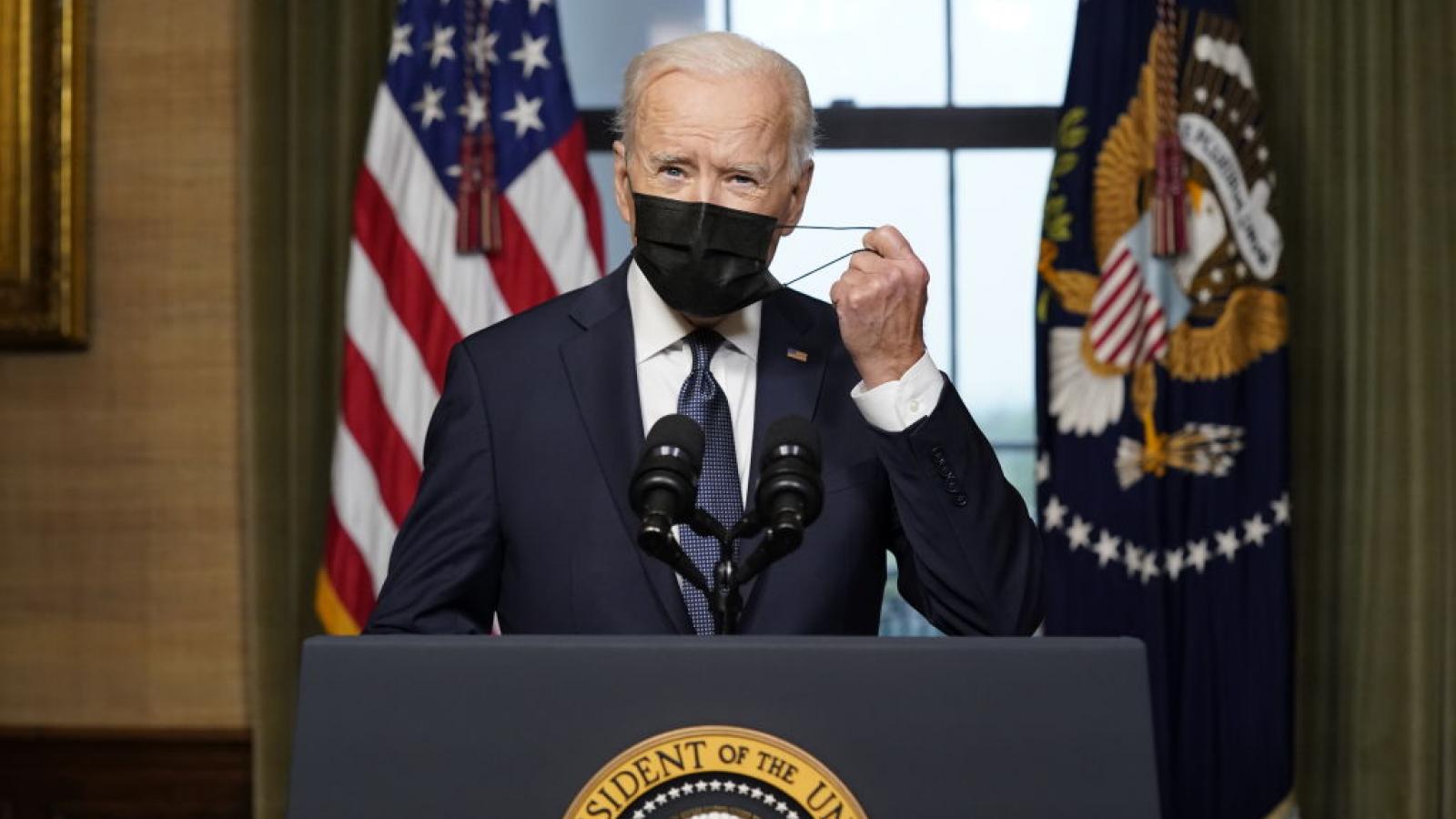 President Joe Biden this week claimed that wearing a mask around another person even if both individuals have been vaccinated against COVID-19 is a "patriotic responsibility."

Biden made the controversial claim during an interview with the "Today" show's Craig Melvin. The journalist had asked the president, given the CDC's recently revised guidance on outdoor mask usage, if Americans were "no longer going to see the President of the United States outside with a mask on."

Biden indicated that he would be outside without a mask on so long as he was not around any other people, a scenario the likelihood of which he admitted was "not … very high."

He acknowledged, however, that he was only going maskless for the interview with Melvin due to the fact that they were separated by what appeared to be about 12 feet.

"But if we were in fact sitting there talking to one another close, I'd have my mask on, and I'd bet you'd have a mask, even though we've both been vaccinated," Biden continued.

"And so it's a small precaution to take that has a profound impact," he added. "It's a patriotic responsibility for God's sake. It's making sure that your wife, your children, if in fact they haven't been vaccinated, making sure that they're not going to get sick."

More than half of U.S. adults have received at least one dose of the coronavirus vaccine.