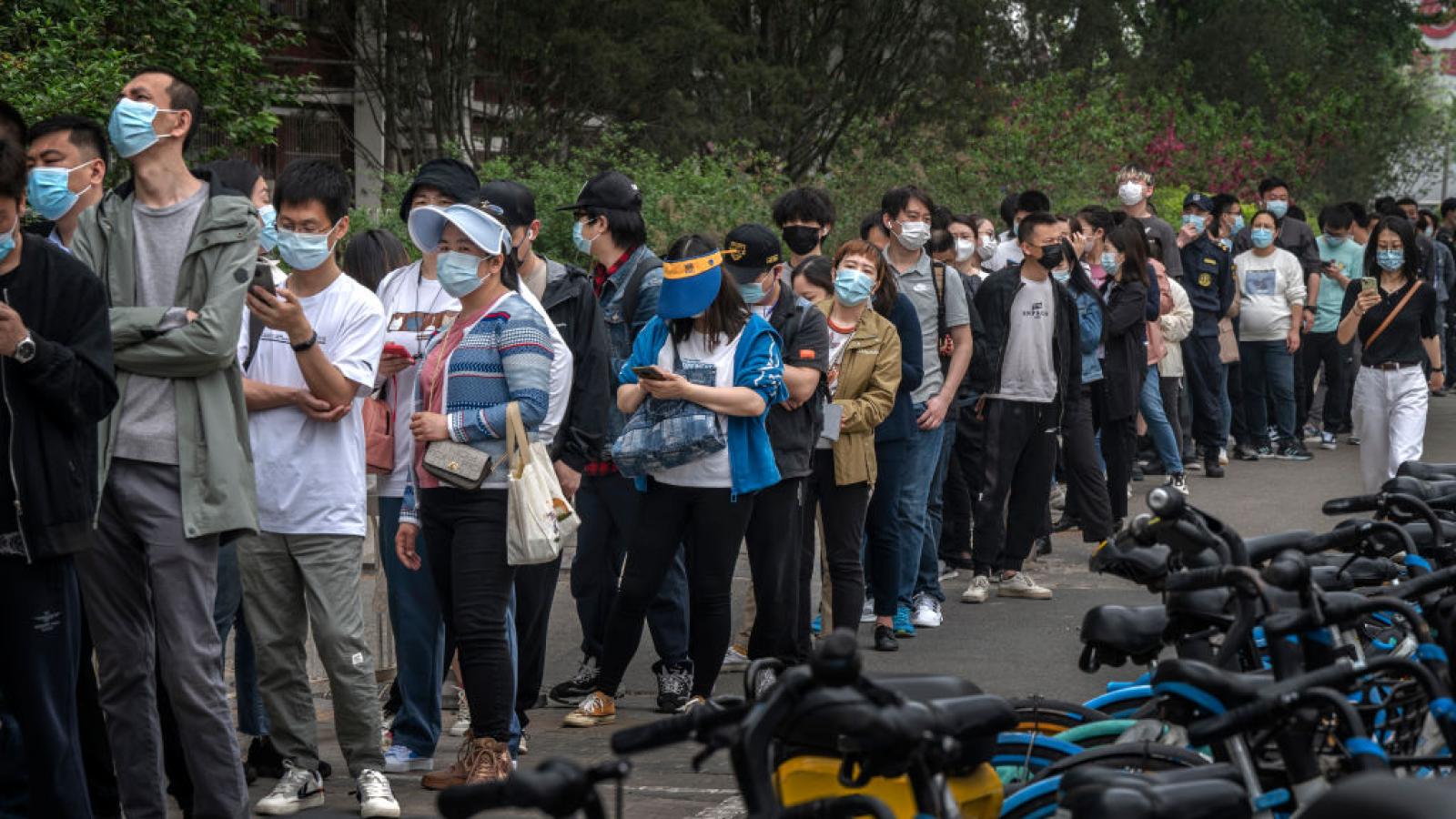 China, where the first cases of COVID-19 were discovered over two years ago, continues to struggle with outbreaks of the virus in major cities, as most other countries lift pandemic-related lockdown and mask mandates.

Officials in Beijing said Monday they will conduct mass testing for most of the capital city's 21 million people.

Beijing residents have amid a new COVID-19 outbreak responded to the government's efforts by stockpiling food – for fear of a lockdown like the one in Shanghai, the country’s financial hub, and other Chinese cities.

The mass testing in Beijing has started in one of the city's 16 districts in which most of the new cases have been found and by Tuesday will expand to all but five outlying districts, according to the Associated Press.

In addition, officials have imposed lockdowns on individual residential buildings and one section of the city.

The changes in Beijing and those enacted several weeks ago Shanghi are part of China’s so-called "zero-COVID" policy. However, residents have clashed with authorities in part over what they consider relatively too few case numbers.

Just 70 cases have been found in Beijing since the outbreak surfaced Friday, the wire service reports.

However, Shanghai, which has been locked down for more than two weeks, reported more than 19,000 new infections and 51 deaths in the latest 24-hour period, pushing its announced death toll from the ongoing outbreak to 138.

Lockdowns have also recently been imposed in the city of Anyang, in central China, and Dandong, on the border with North Korea, as the virus’ omicron variant spreads across the vast country of 1.4 billion people.