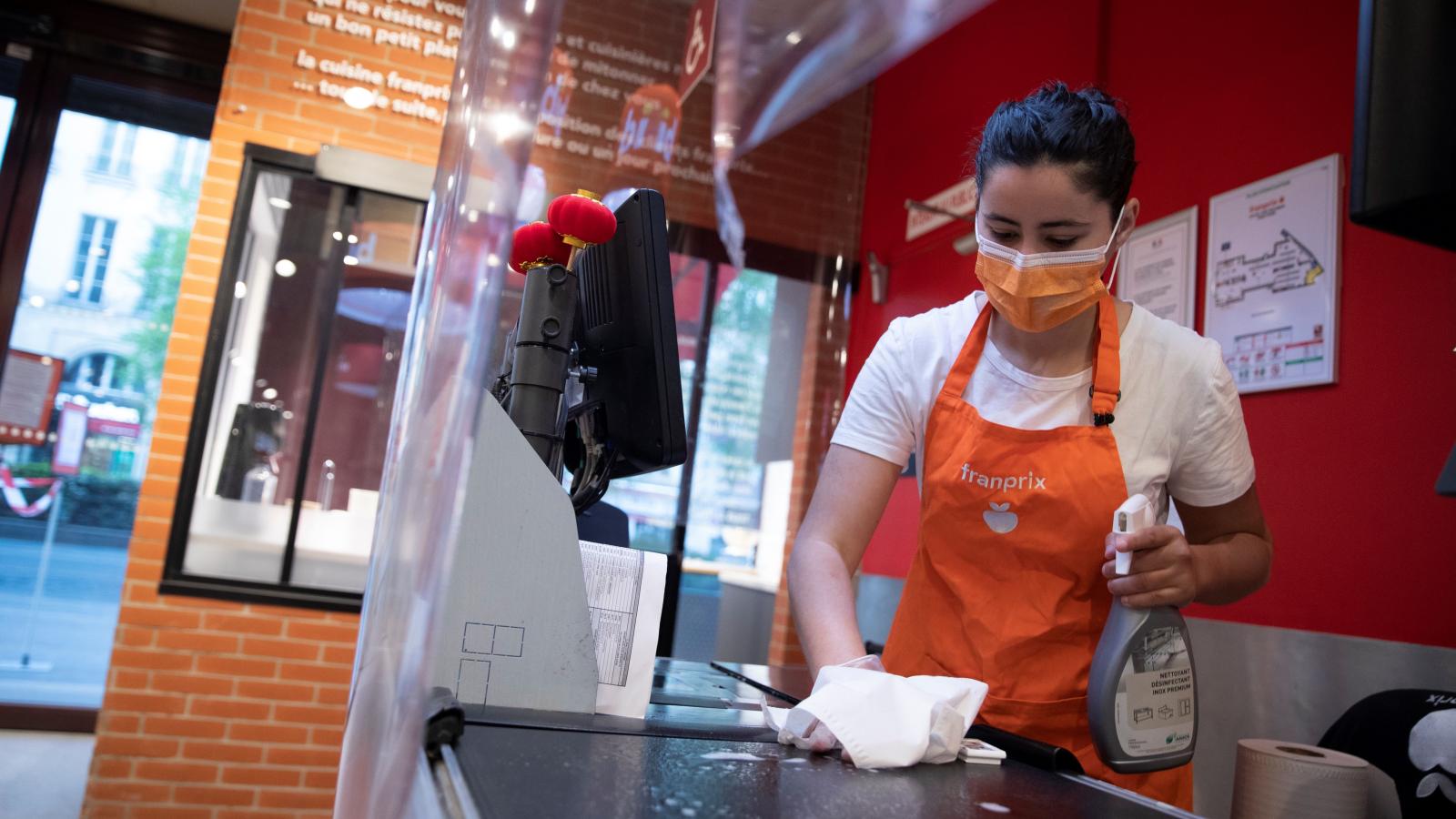 An employee wearing a protective mask and gloves cleans a checkout belt at a supermarket.
AFP via Getty Images
By Natalia Mittelstadt

All Pre-K through 12th grade public schools, child care centers, and businesses are required to at least institute indoor mask mandates in their development of healthy and safety policies, reported NBC 5.

The order will go into effect at 11:59 p.m. on Wednesday, and also requires indoor mask mandates for Dallas County buildings.

"We'll work quickly with schools and business leaders and health professionals and others to get their feedback and get in place reasonable mask requirements that will keep our kids and the rest of us safe," Jenkins told NBC 5.

Jenkins had announced the temporary restraining order, which expires on Aug. 24, against Abbott's executive order on Monday, after Dallas Independent School District implemented a mask mandate.

"The assertion that the Governor of the State of Texas doesn't have the authority to protect the rights and freedoms of Texans is just plain misguided," Abbott's office said in a statement to NBC 5. "Under Chapter 418, the Governor has full authority to issue executive orders that have the full force and effect of law in response to a disaster. This health disaster has continued to change, and so should our response. Texans have learned and mastered over the past year the safe practices to protect themselves and their loved ones from COVID, and do not need the government to tell them how to do so."

As of Monday, there were 10,041 hospitalized COVID-19 patients in Texas, the most since 10,259 were reported in February, according to NBC 5. There have also been over 7,000 COVID-positive illegal immigrants released into the border town of McAllen, Texas, since February.

"The enemy is not each other. The enemy is the virus and we must all do all that we can to protect public health," Jenkins said in the statement. "School districts and government closest to the people should make decisions on how best to keep students and others safe."