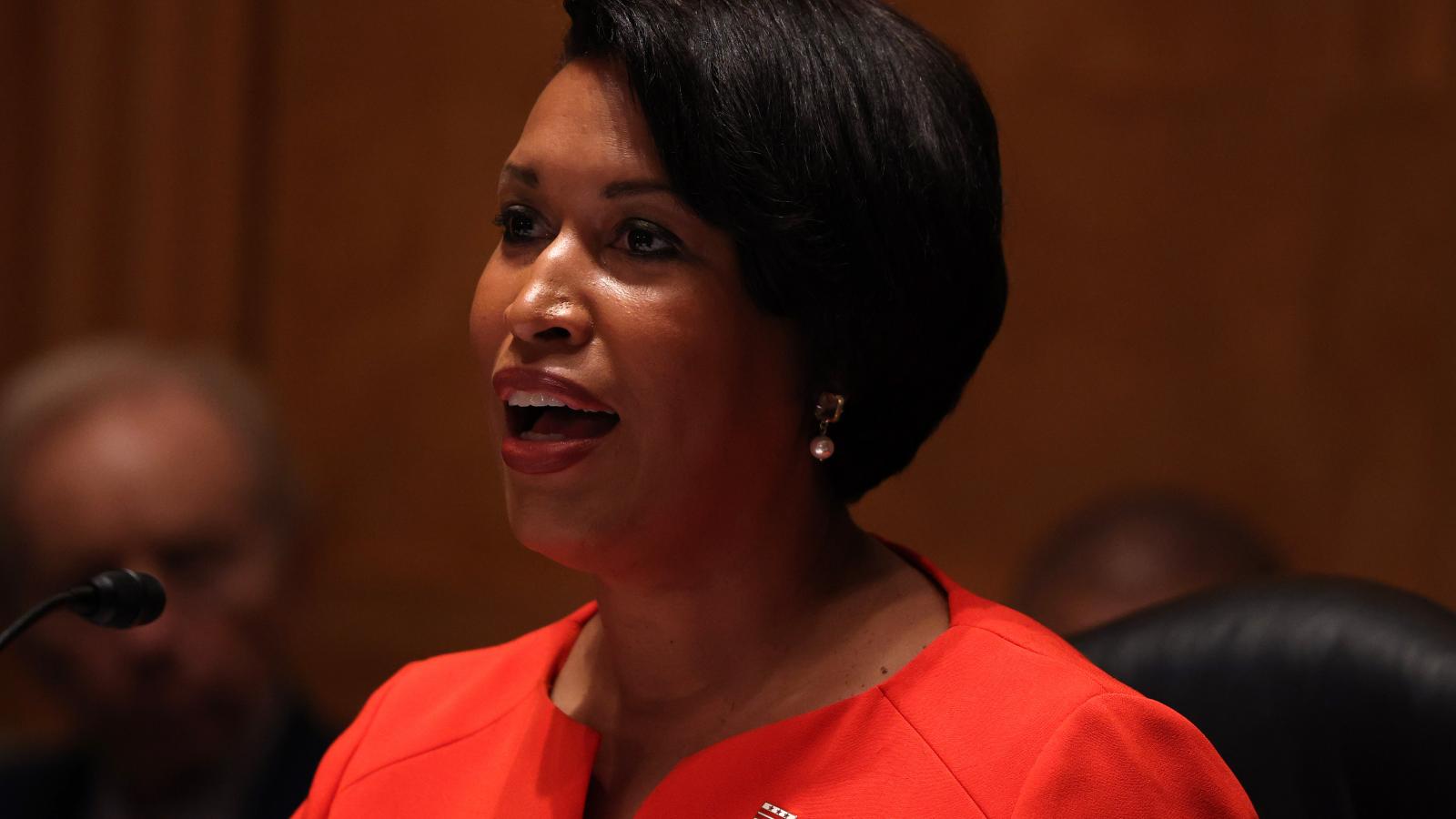 Washington, D.C.'s Mayor Muriel Bowser was photographed without wearing a mask while at a wedding she officiated on Saturday, just hours after reinstating an indoor mask mandate.

Bowser officiated the wedding at The LINE DC hotel, where hundreds of guests were maskless, the Washington Examiner reported.

The outlet approached Bowser to ask why she wasn't wearing a mask, but was blocked by security.

Bowser's indoor mask mandate took effect at 5 a.m. on Saturday, and applies to everyone over the age of two, regardless of vaccination status, Fox News reported.

"Bowser's office told Fox News that the wedding ceremony was outdoors on a rooftop, and that Bowser 'wore a mask indoors in compliance with the mandate,'" the outlet reported.

The indoor mask mandate does not apply to officials in the "federal government or legislative branch of the district government while those persons are on duty."

Hours before the mask mandate went into effect, Bowser was also photographed without a mask for her birthday celebration, where comedian Dave Chappelle and a D.J. attended.