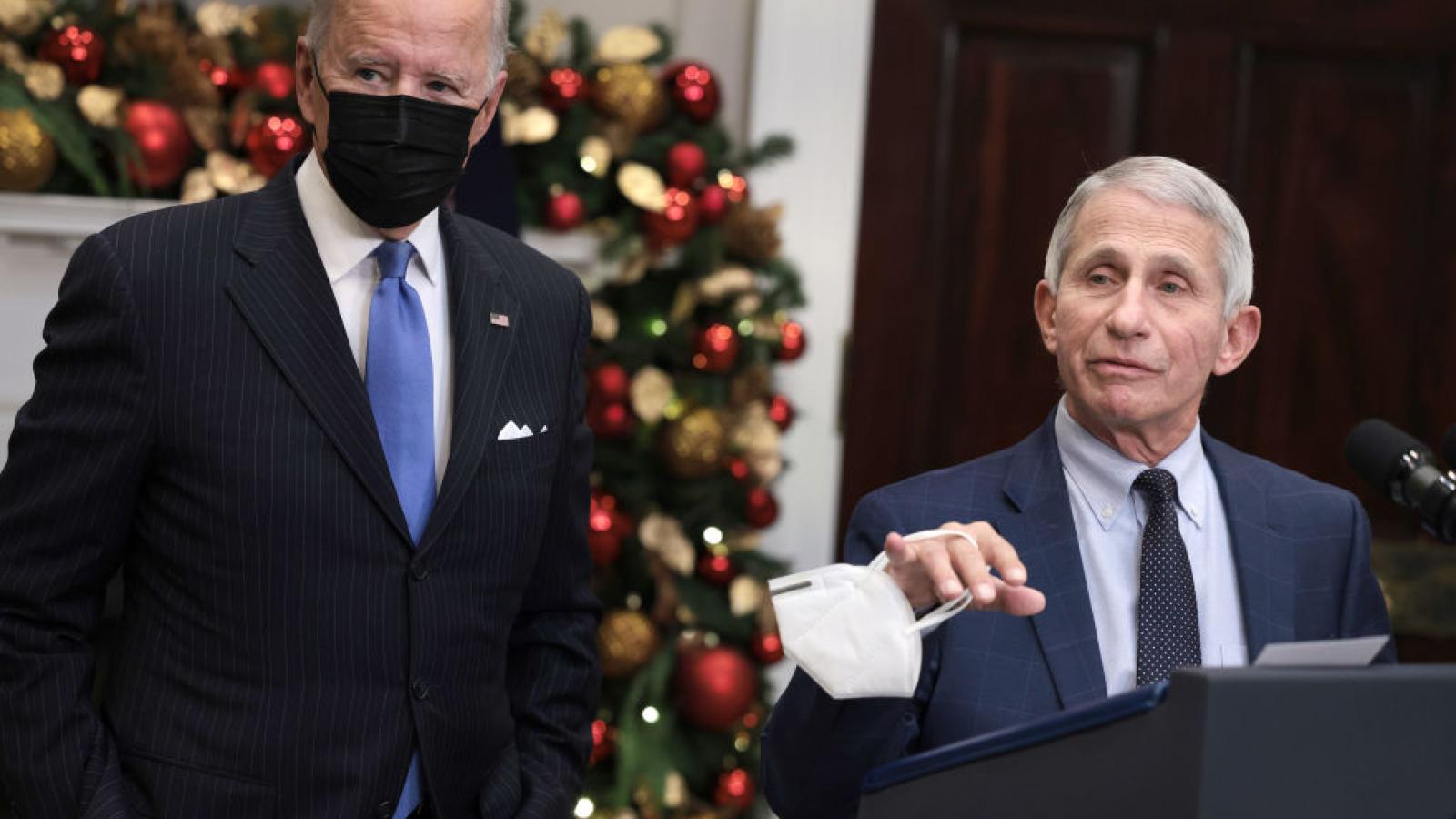 The dispute began after Harris gave an interview published Friday in the Los Angeles Times.

Over the weekend, CNN's Jake Tapper pressed NIAID director Fauci on whether the administration "generally" understood COVID-19 strains would develop.

"When you have so much replication going on in the community, if you give a virus enough opportunity to replicate, you know it's going to ultimately mutate. And sometimes those mutations wind up being a new variant. That's exactly what happened with Delta and certainly that's what happened with Omicron," he continued.

Over the weekend, outgoing NIH director Dr. Francis Collins told NPR that due to the Omicron variant, the U.S. could soon reach a case rate of 1 million infections per day.

"I know people are tired of this.I'm tired of it too," he said, "But the virus is not tired of us. It's having a great old time changing its shape every couple of months, coming up with new variants and figuring out ways to be even more contagious."