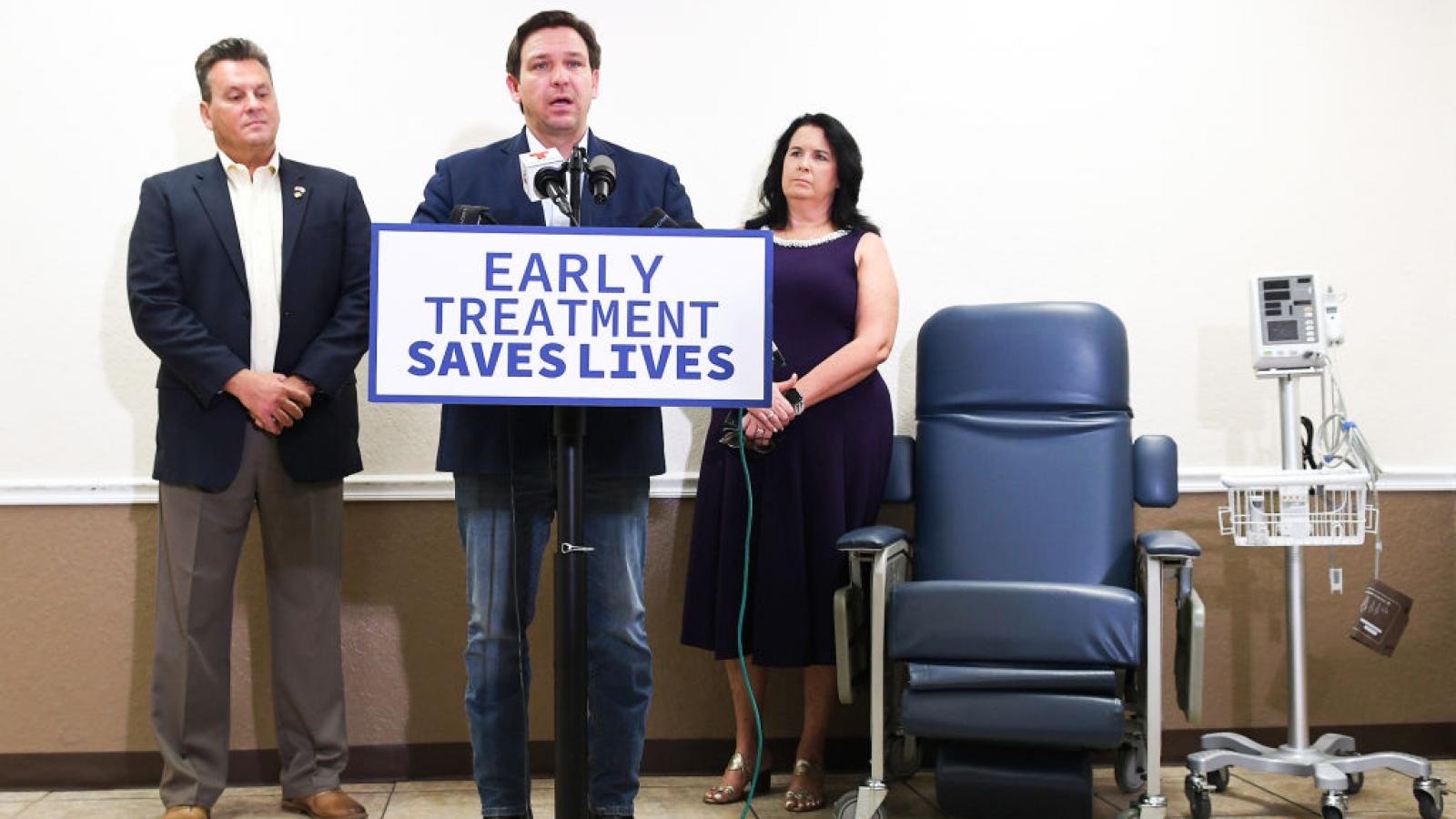 Florida Gov. Ron DeSantis has arranged a shipment of a new monoclonal antibody medication to help treat those sick with COVID-19.

The Republican governor on Thursday announced the shipment of 3,000 doses of the drug produced by U.K.-based GlaxoSmithKline, a direct response to the Biden administration’s abrupt rationing of other antibody drugs, like Regeneron.

“That’s showing that we’re going to leave no stone unturned. And, if there’s somebody that needs a monoclonal antibody treatment, we’re going to work hard to get it to them,” DeSantis told a press conference in Tampa.

According to the Epoch Times, one dose of the drug by GSK, known as Sotrovimab, costs approximately $2,100. However, the treatment is covered by the federal government.

The Food and Drug Administration granted emergency authorization to the drug back in May.

During the press conference announcing the shipment of Sotrovimab, DeSantis blasted the Biden administration for withholding other antibody treatments that could potentially save the lives of thousands of Floridians.

"We're going to be able to use that Sotrovimab to bridge some of the gaps that are gonna be developing as a result of the Biden administration dramatically cutting medications to the state of Florida," DeSantis said.

According to the New York Times, Florida, alongside six other southern states, was consuming 70% of the federal government’s supply of the antibody drug, Regeneron.

In response, the Biden administration began rationing the treatments due to a national shortage.

It is not yet clear whether other states will follow Florida’s example and purchase antibody treatments directly from the manufacturer.