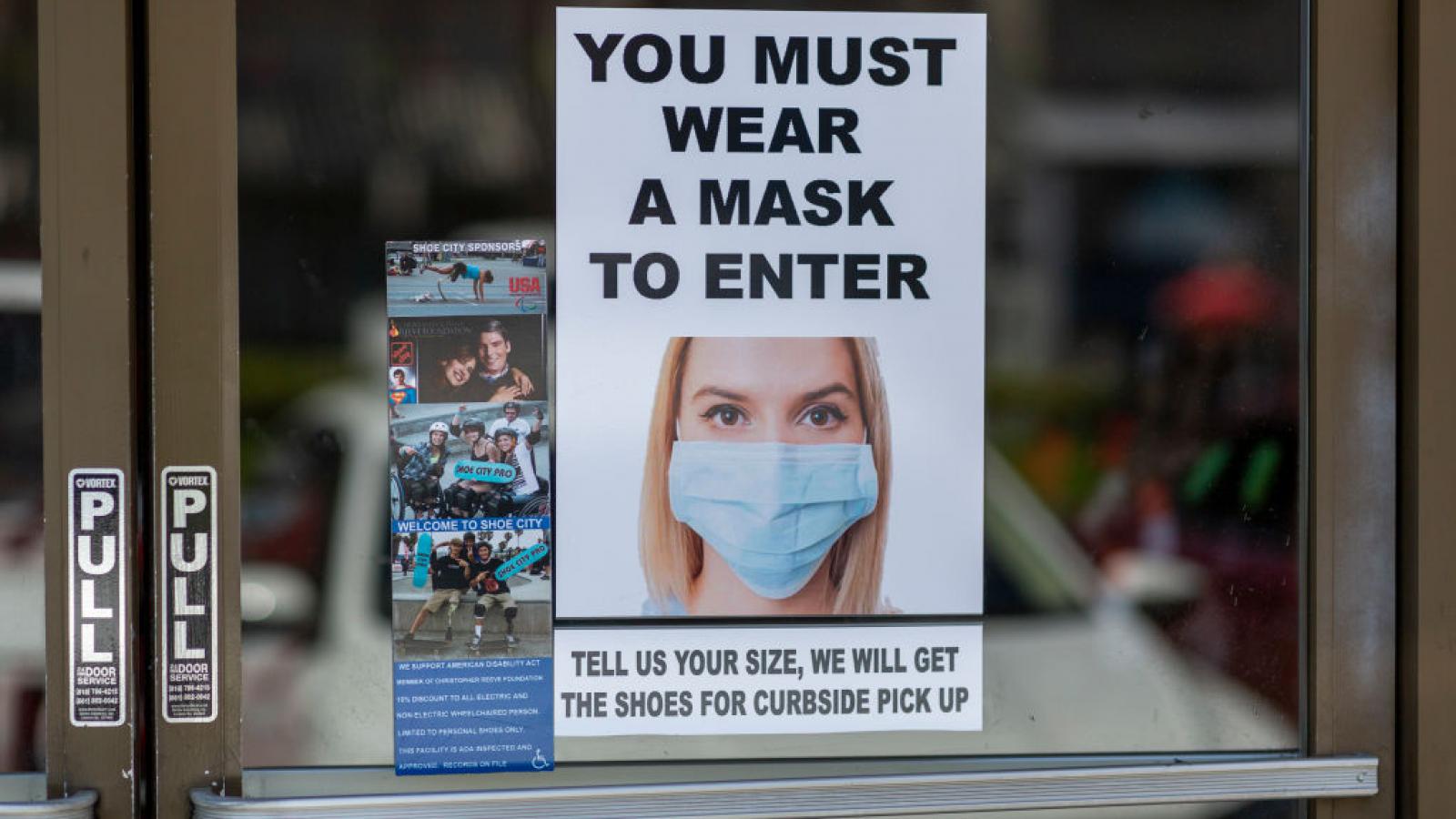 A sign on a store in Los Angeles, Ca.
(David McNew/Getty)
By Just the News staff

Protesters waved flags and signs at the event Saturday with many of them chanting against mandatory vaccines.

The event was part of the "World Wide Rally For Freedom" held in cities around the globe, according to Fox News. A Twitter post shows protesters in Australia clashing with police. Protesters worldwide are also concerned about other related issues, including so-called vaccine "passports" and the potential for future lockdowns.

In Times Square, a female protester at one point got on a stage and told President Biden that she had lost her patience with him, prompting chants of "F--- Joe Biden" from the crowd, Fox also reports.

"We will push back against widespread propaganda, by producing our own media, and advancing our own narrative, instead of succumbing to the one being pushed on us," the event organizer says on its website, Fox also reports.

"We will not accept the rampant politicization of science and medicine, and we will return these institutions to being neutral sources of information for the benefit of society, over government and corporate interests."