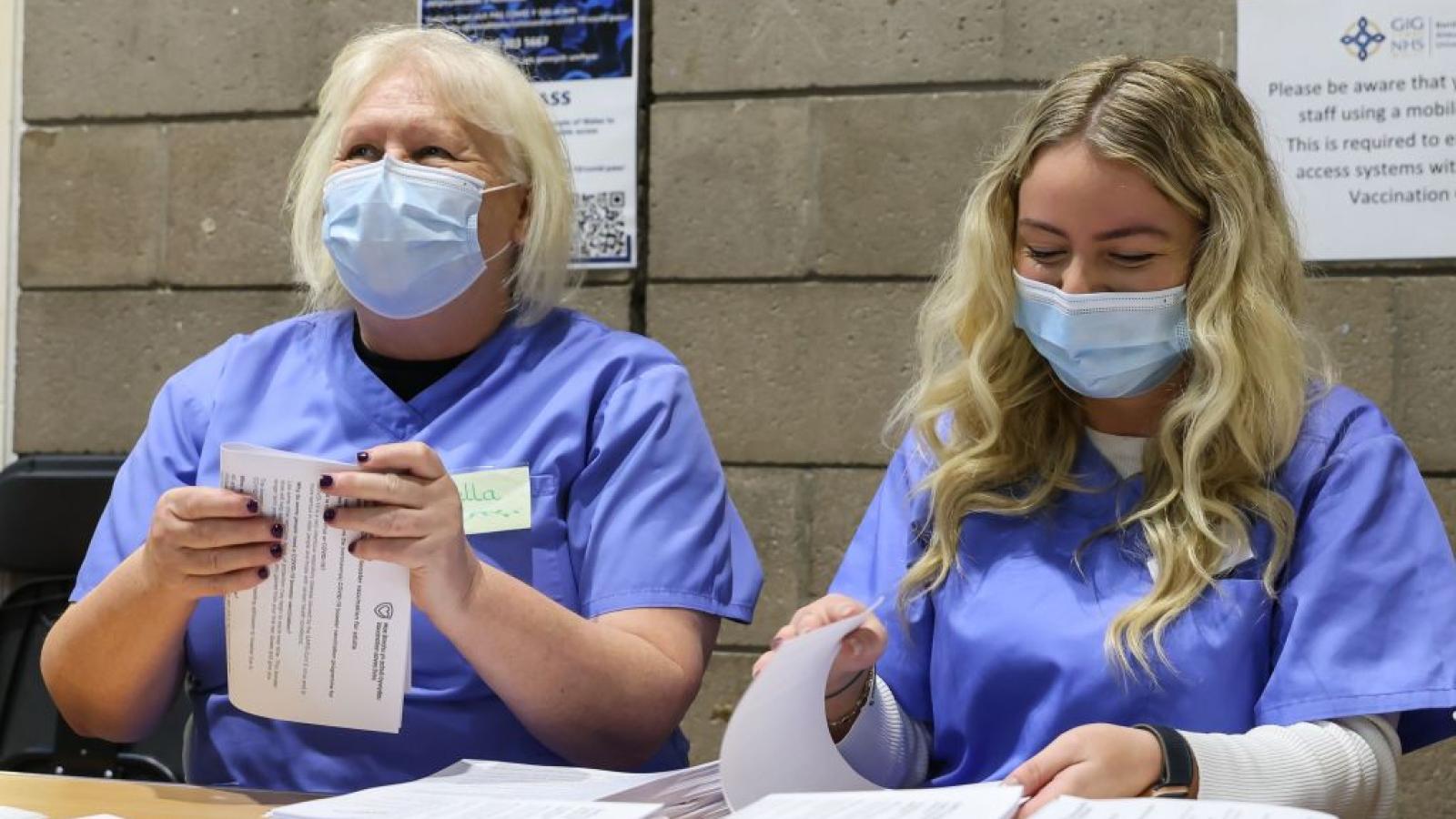 The push by federal public health authorities to give COVID-19 vaccine boosters to ever-younger populations is prompting forceful pushback by medical professionals who are harder to characterize as fonts of "misinformation."

Some are also questioning regulators' pressure on Pfizer and BioNTech to submit their emergency use authorization (EUA) for a vaccine targeted to ages 6 months to 5 years, despite two-dose trials finding no benefit for children 2-5. The companies are now testing a third dose.

"We literally change the rules at the FDA to try to bring a failed vaccine product to 6-month-old to 4-year-olds," University of California San Francisco epidemiologist Vinay Prasad tweeted last week. "The administration is obsessed with pushing interventions on the low risk population."

The U.S. is at odds with much of the world and the World Health Organization, not for the first time on kids and COVID. "There is no evidence that healthy children or healthy adolescents need boosters," WHO Chief Scientist Soumya Swaminathan said last month. "No evidence at all."

Doctors are following the lead of senior FDA vaccine officials who resigned last fall reportedly in protest of its booster recommendation for adults. One of them later publicly accused the White House of "sidelining vaccine experts."

The feds have kept authorizing boosters for ever-younger populations, now as young as 12, despite their known higher risk of developing heart inflammation following mRNA vaccination, particularly in young males with the second or third dose.

Prasad highlighted data from Israel, a highly boosted country, included in a presentation by the FDA's Vaccines and Related Biological Products Advisory Committee (VRBPAC), which the agency ignored in approving boosters for ages 16-17.

Among the 16-39 age group, the boosted have a rate of severe disease 0.5 per million lower than the non-boosted, which works out to "a difference of 1 in 2 million" cases, Prasad wrote Jan. 30. "How much myocarditis do you need with dose 3 to offset that gain?"

He previously warned that the potential benefit of boosting a "thin, healthy 16 to 40 year old man" is a "short term reduction in mild symptomatic disease," while the heightened risk of resulting myocarditis will include some incidents that are not "mild" and could lead to "long term issues."

Paul Offit, director of the Vaccine Education Center at Children's Hospital of Philadelphia, told The Atlantic last month that older adolescents' risks of developing myocarditis from boosters was too high to justify. He told his own 20-something son not to get a third jab.

Also a VRBPAC member, Offit and the ex-FDA vaccine officials publicly challenged boosters-for-all in a Washington Post op-ed that claimed the only groups that "really need" boosters are those at "high risk of serious disease" or those who could infect them at home or work.

UCSF medical professor Monica Gandhi, who directs its AIDS research center, not only echoed research that exposure to the Omicron variant is "likely to combat other variants in future," but recommended an unavailable non-mRNA vaccine as a booster.

In her newsletter last month, Gandhi promoted Covaxin, a "whole inactivated virion vaccine" that has been awaiting EUA approval from U.S. regulators for three months.

She protested how journalist Alex Berenson characterized her comments in favor of Covaxin over mRNA vaccines, telling him that the latter are "safe and effective." Gandhi soon published multiple Twitter threads praising mRNA vaccines.

The day after Berenson highlighted her newsletter, however, Gandhi was quoted in an essay on the weak science behind boosters for young people, the latest by journalist David Zweig to challenge child-focused COVID interventions. "I am not giving my 12 and 14-year-old boys boosters," Gandhi told him. She reiterated her support for Covaxin in a Feb. 6 tweet.

"Young people are not merely able to get a third dose. The CDC obliges them to do so with its language 'should receive a booster,'" Zweig wrote, even though an FDA memo on Pfizer models acknowledged that boosters in 16-17 year-olds would cause as much myocarditis as prevent hospitalizations.

This stands in stark contrast to peer countries that don't require young people to get boosters or prohibit them from doing so, he said. "[T]he CDC has downplayed both the prevalence and severity" of heart inflammation following mRNA vaccination for young men, shown by data from Israel and Canada and peer-reviewed studies "almost entirely overlooked by the legacy press."

A Nature Medicine study found 16-29 year-olds have "the same or potentially higher risk of myocarditis from the second dose of the Pfizer vaccine as from Covid." An update from the same research team awaiting peer review estimates the myocarditis risk after a third Pfizer dose is three times higher than from COVID, Zweig noted.