"Many spaces that have been shut down in fact don't need to be," said study coauthor Martin Bazant.

A new study out of the Massachusetts Institute of Technology is challenging major COVID-19 mitigation measures of the past year, claiming the widely accepted six-foot "social distancing" rule is more or less meaningless in indoor settings.

The study, authored by MIT chemical engineering Prof. Martin Bazant and applied mathematics Prof. John Bush, "characterize[s] the evolution of the concentration of pathogen-laden droplets in a well-mixed room, and the associated risk of infection to its occupants."

Indoor gatherings have been one of the most aggressive targets of COVID-19 mitigation measures over the past year. Health officials have warned that people congregating in indoor settings are at significant risk for COVID-19 infection. Authorities worldwide have mandated both that occupancy limits in public facilities and spaces be sharply decreased and that individuals should maintain strict 72-inch spaces between each other when inside them.

Those regulations have led most notably to widespread closures of schools for more than a year, as well as significantly curtailed economic activity, particularly among restaurants, bars, theaters and live entertainment venues.

Bazant and Bush in their new study suggest that the six-foot rule is largely irrelevant and that individuals are at risk from contracting the virus even if they are ten times farther away from an infectious individual.

The study notes that the respiratory droplets posited to be the primary transmitters of COVID-19 come in numerous sizes from large to small. "In the presence of a quiescent ambient, [smaller droplets] settle to the floor; however, in the well-mixed ambient more typical of a ventilated space, sufficiently small drops may be suspended by the ambient airflow and mixed throughout the room until being removed by the ventilation outflow or inhaled."

According to models of "closed, well-mixed" spaces, the authors claim, pathogens are "distributed uniformly throughout" the local environment. "In such well-mixed spaces, one is no safer from airborne pathogens at 60 ft than 6 ft," the study states.

Reached for comment, Bush told Just the News that their study indicates "that one cannot make sweeping statements about reopening."

"Each space must be assessed on a case by case basis," he said. "Our study provides a rational means of making such an assessment. Most importantly, it indicates that one must limit the time spent in a given indoor space, to an extent determined by the relevant physical parameters."

Bush stressed that, regardless of their findings on social distancing, he and his coauthor are firmly of the belief that masks are a necessary part of the response to COVID-19.

Whether an individual is six feet or 60 feet away from an infected individual, "masks protect one at both distances," he claimed.

In the paper "we stress that mask-wearing is an extremely effective safety measure," he said. "Notably, masks filter both the outgoing pathogen from an infected individual and the air being inhaled by a susceptible person."

Bazant, meanwhile, told CNBC that he and Bush have concluded that "many spaces that have been shut down in fact don't need to be."

"Often times the space is large enough, the ventilation is good enough, the amount of time people spend together is such that those spaces can be safely operated even at full capacity and the scientific support for reduced capacity in those spaces is really not very good," he said.

Bazant further criticized widespread outdoor mask usage as "kind of crazy," telling the news network that "if people are keeping a reasonable distance of like 3 feet outside, I feel pretty comfortable with that even without masks, frankly."

The researchers said that "above all" the study "makes clear the inadequacy of the six-foot rule in mitigating indoor airborne disease transmission, and offers a rational, physically informed alternative for managing life in the time of COVID-19."

Whether or not the study will lead to changes in major social distancing guidelines is uncertain. The Centers for Disease Control and Prevention, which continues to stress a minimum six-foot social distancing rule, did not provide comment in time for publication.

Bazan, meanwhile, told CNBC that public health authorities including the CDC "have never really provided justification for [social distancing rules], they've just said this is what you must do."

Other public health authorities have in recent weeks moved to relax their social distancing rules. North Carolina Gov. Roy Cooper said this week that he anticipates lifting his social distancing mandate by the summer.

The UK's major annual music awards ceremony, meanwhile — the Brits — is reportedly expected to take place next month without either masks or social distancing rules.

And New York City Mayor Bill de Blasio this week suggested the city's masking and social distancing mandates could be lifted in July of this year, depending on the city's vaccination numbers at that point.

‘Within the next several months’: Scientists looks to move anti-COVID pills to market 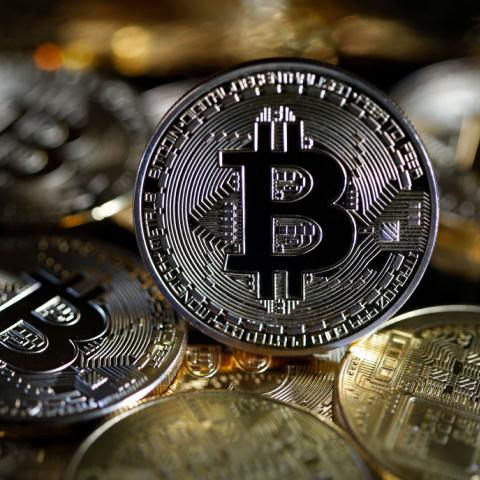