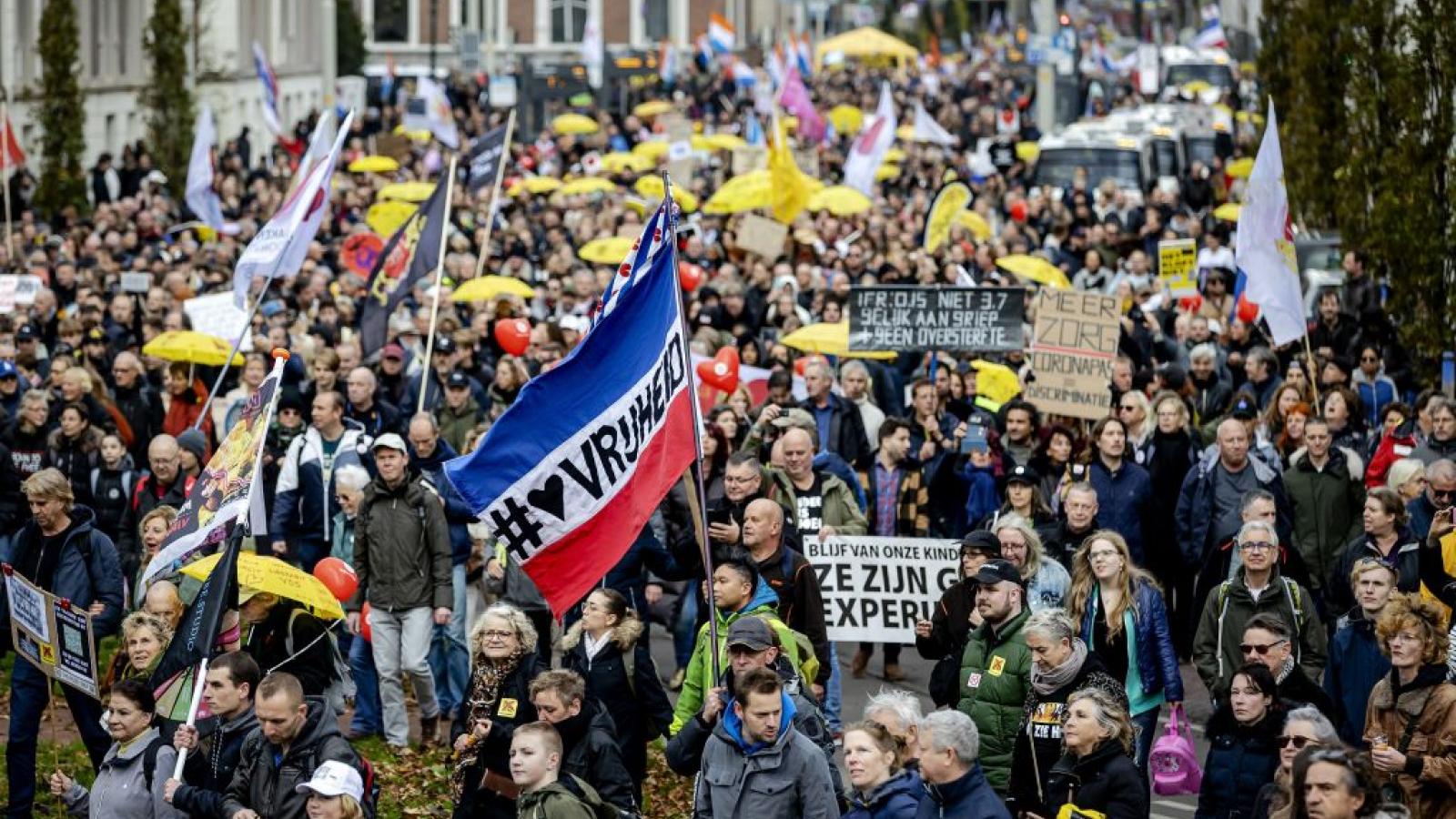 Opponents of the coronavirus measures take part in a protest march during the "Together for the Netherlands" manifestation in the Hague, on November 7, 2021
(ROBIN VAN LONKHUIJSEN / Getty Images)
By Sophie Mann

Tens of thousands of people paraded through the center of The Hague on Sunday just hours after new COVID-19 rules, including the return of face masks in stores and a wider use of the country's coronavirus passport system, went into effect.

Law enforcement authorities estimated that the crowd was 20,000 to 25,000 people, including some members of a far right-wing faction called Voorpost.

The demonstration and subsequent march through the middle of the Dutch city took place peacefully, without incident. Among the demonstrators were anti-vaxxers, conspiracy theorists and groups of individuals who argued the government is creating a "medical apartheid" by introducing coronavirus passes that many will need to access certain parts of society. Several people  wore the yellow star that Jews were forced to wear during World War II.