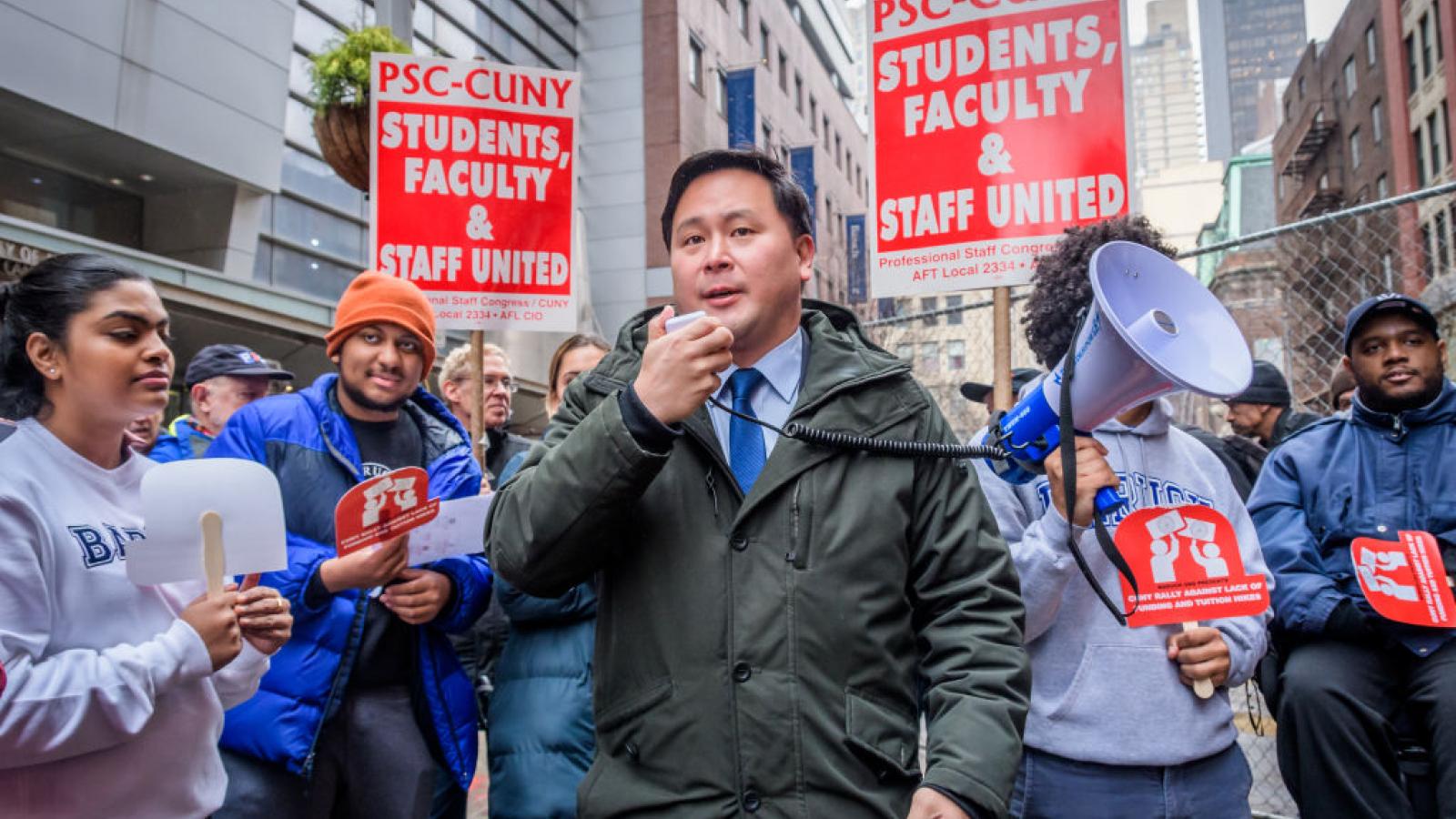 "Gov. Cuomo called me directly on Thursday to threaten my career if I did not cover up for Melissa [DeRosa] and what she said. He tried to pressure me to issue a statement, and it was a very traumatizing experience," Kim said, according to CNN. The governor told the state lawmaker that "we're in this business together and we don't cross certain lines and he said I hadn't seen his wrath and that he can destroy me," according to Kim.

"No man has ever spoken to me like that in my entire life," Kim said. "At some point he tried to humiliate me, asking: 'Are you a lawyer? I didn't think so. You're not a lawyer.' It almost felt like in retrospect he was trying to bait me and anger me and say something inappropriate. I'm glad I didn't."

Senior adviser to Cuomo Rich Azzopardi said in a statement that "Kim's assertion that the governor said he would 'destroy him' is false."

Cuomo aide DeRosa indicated to state lawmakers during a virtual meeting that the governor's administration had held back on answering questions from state lawmakers due to concerns about a potential Justice Department investigation.

Kim has criticized Cuomo over the the way the governor dealt with the issue of nursing homes amid the COVID-19 crisis. The assemblyman thinks that his uncle passed away in a nursing home from a presumed coronavirus case, according to CNN.