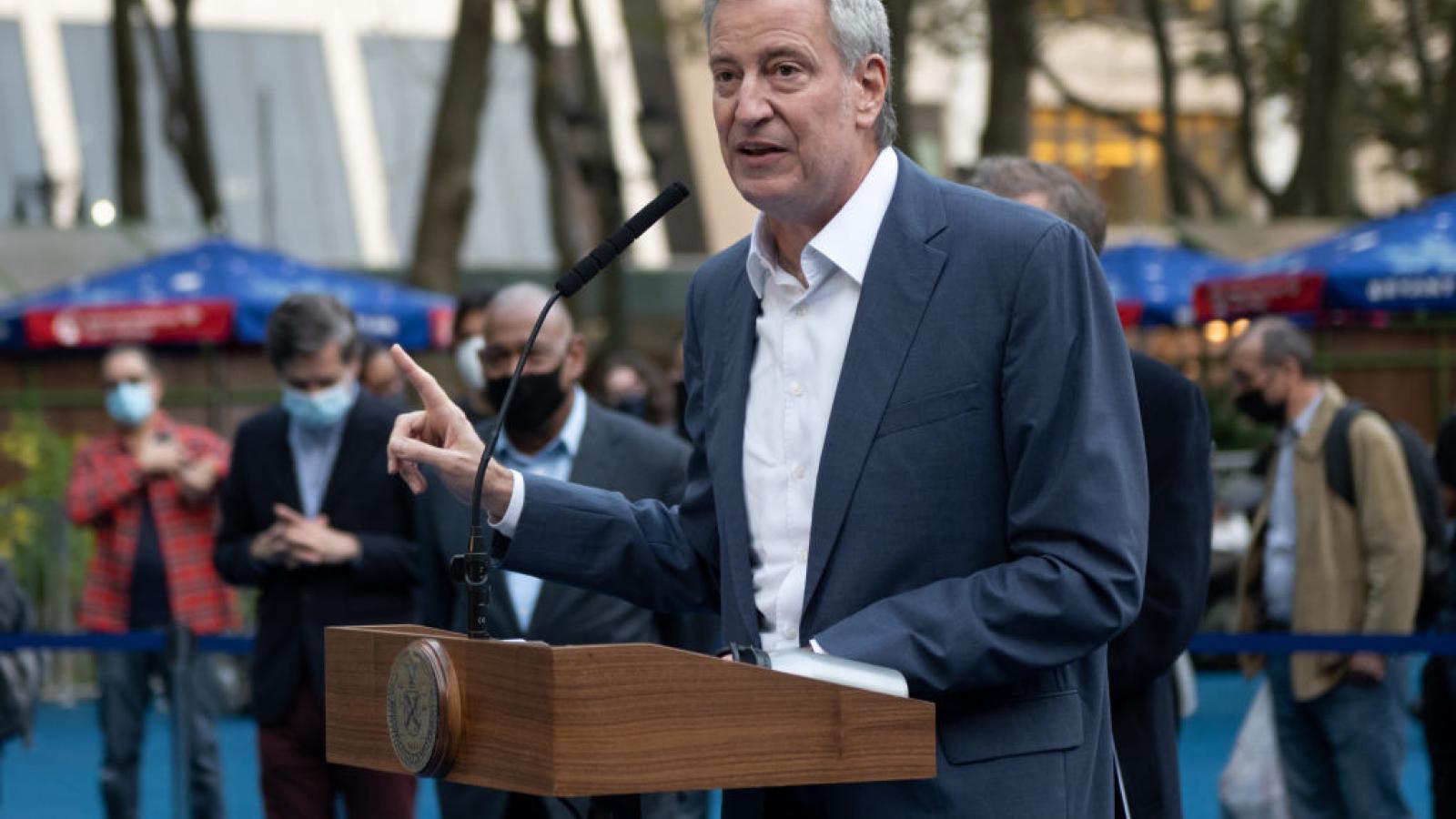 New York City is preparing to reduce services after more than 26,000 municipal workers, firefighters and police officers refused to get a COVID-19 vaccine by an end-of-month.

The final tally meant one in six NYC workers missed Friday’s deadline for inoculations, with the fire and sanitation departments the hardest hit.

NYFD said it was prepared to close up to 20 percent of its firehouses and place 20 percent fewer ambulances in service.

Just a few days from an election that will choose his successor, Mayor Bill de Blasio said the sanitation department will impose 12-hour shifts and pick up trash on Sundays to avoid garbage piling up.