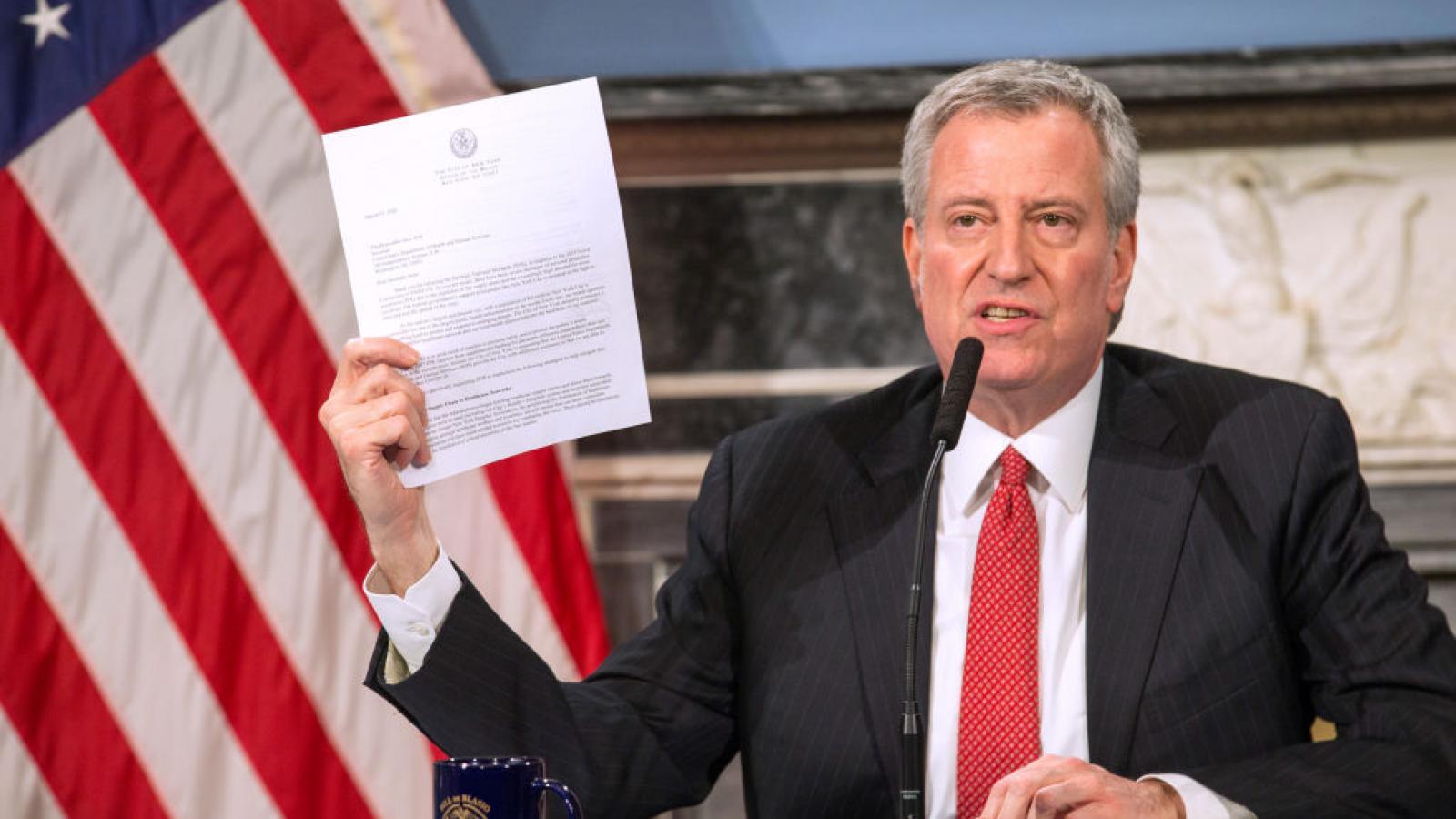 A New York City restaurant group and other small businesses sued both the city and Mayor Bill de Blasio in the state supreme court on Tuesday over the COVID-19 vaccine requirement for customers to enter certain indoor venues.

The "arbitrary, irrational, unscientific, and unlawful vaccine mandates" from de Blasio do not provide options of "a negative Covid test or to wear a mask in lieu of vaccination," the lawsuit obtained by The Epoch Times argues.

The plaintiffs also note that there are no exceptions for people who are unable to or should not receive the COVID-19 vaccine, or those who have natural immunity after recovering from the virus.

A religious freedom argument was also made in the lawsuit, saying that "It is against certain religious beliefs to inject a relatively unknown foreign substance into ones body. By mandating such a thing, the Mayor is essentially violating people freedom of religion.

"Also, by mandating all employees of certain establishments to be vaccinated while knowing in is against certain groups religious beliefs, an argument could be made that the Mayor is in essence forcing employers to violate Title VII of the Civil Rights Act of 1964."

The lawsuit also mentions that staff and customers of indoor dining, fitness and entertainment facilities are required to be vaccinated against COVID-19, but not those of other indoor establishments such as "grocery stores, pharmacies, hair salons, churches, office buildings, schools, healthcare facilities etc.," which violates the Equal Protection Clause.

On Wednesday, de Blasio said he had "tremendous confidence" that his vaccine mandate is legal. New York City's law department declined to comment to The Epoch Times via email.