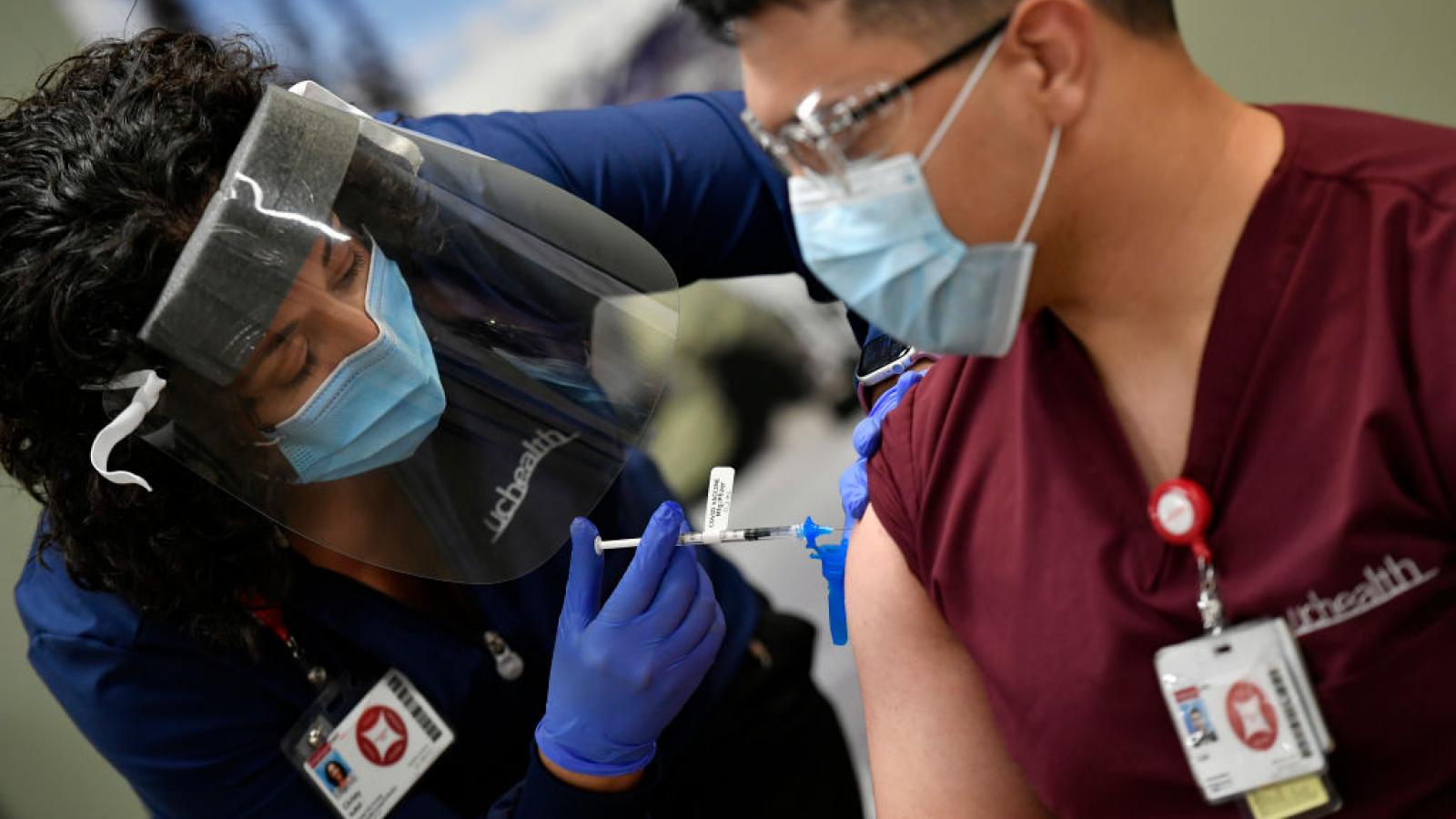 A health care worker in Fort Collins, Colo., receives one of the first coronavirus vaccines
(Denver Post via Getty Images)
By Joseph Weber

Pfizer is expected to meet Monday with U.S. health officials to consider the drugmaker’s request for federal authorization for a third dose, or booster shot, of its COVID-19 vaccine.

The protocol now has been two shots for recipients of the Pfizer and Modena vaccines, and one for Johnson & Johnson’s.

However, Pfizer Dr. Mikael Dolsten told The Associated Press last week that early data from the company’s booster study suggests people’s antibody levels increase five- to 10-fold after a third dose, compared to their second dose months earlier. The company argues such evidence supports the need for a booster.

The study comes as the newer, more contagious delta strain of the virus is linked to many of the new cases in the United States.

"Right now, given the data and the information we have, we do not need to give people a third shot," he said. "That doesn’t mean we stop there. ... There are studies being done now ongoing as we speak about looking at the feasibility about if and when we should be boosting people."