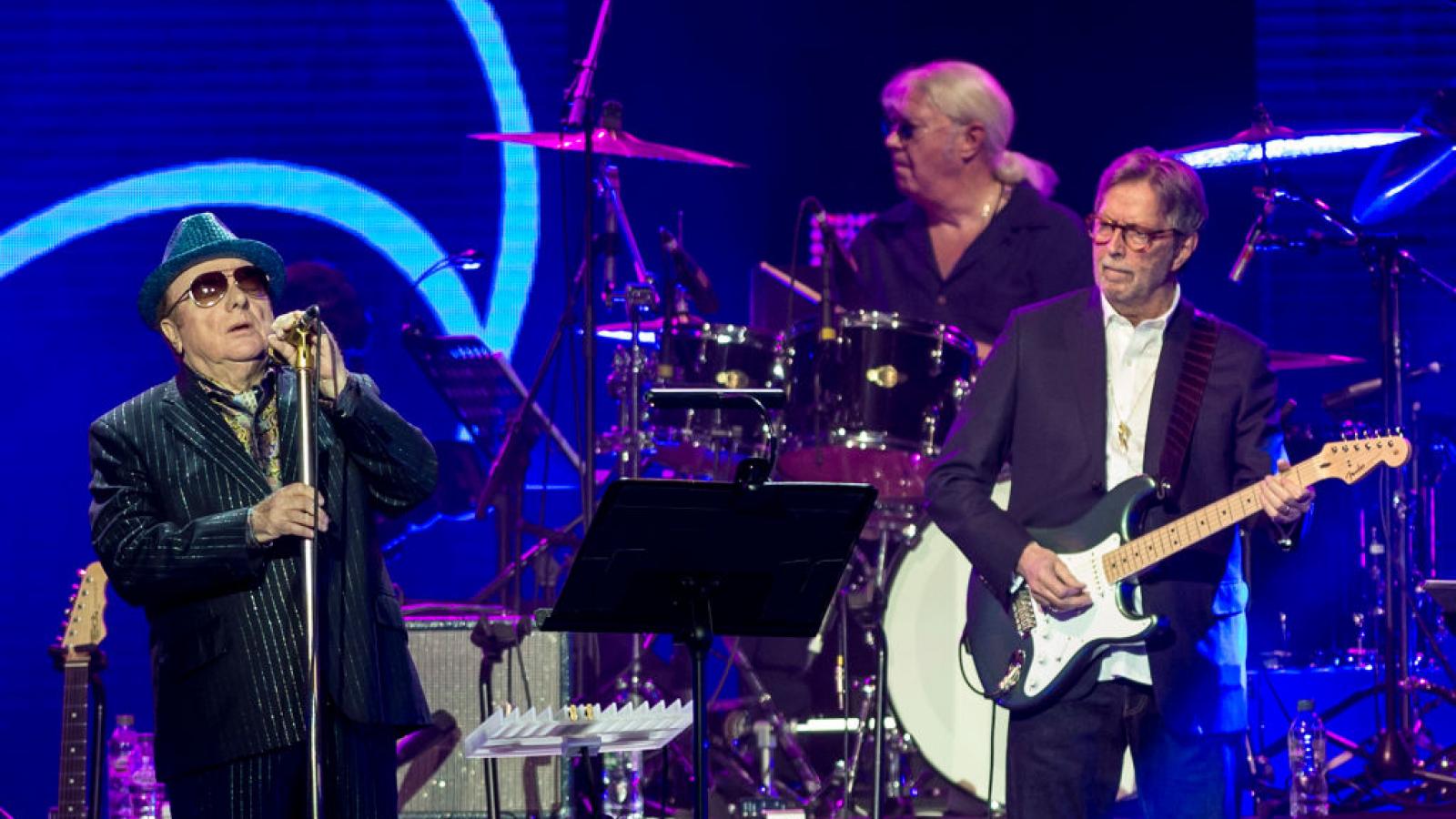 Now, as vaccine mandates spring up across the country those rebellious groups are mostly silent about rules insisting citizens get the jab before resuming normal life.

A few, like Dee Snider, are cheering on the regulations.

"Your chance of making me sick is an invasion of my privacy, so f— you," the Twisted Sister frontman told Heavy Consequence. "If you don't like it, find your own band. You don't have a right to infect me."

Bruce Springsteen's Broadway return on June 26 came with a caveat: Show proof of vaccination or stay out, clearly done with the Boss's approval.

Even Gene Simmons, a rocker known for his unchecked tongue, slammed Florida and Texas for not pushing harder on vaccine mandates.

"Should there be a mandate, which means a law, that you must get vaccinated? Yes, there should be," Simmons told music station 95.5 KLOS.

Two of their peers beg to differ.

Veteran rockers Eric Clapton and Van Morrison repeatedly defy the COVID-19 groupthink in both interviews and songs. The duo collaborated on several tracks last year excoriating what they saw as excessive lockdowns, including the recent "Where Have All the Rebels Gone?" duet.

In July, Clapton vowed not to perform in venues that demand patrons be vaccinated.

The comedy scene's dissenting voices on vaccine mandates are in the extreme minority.

Chrissie Mayr, a New York-based stand-up comic and podcaster, declared her war on vaccine mandates via social media. Mayr tweeted on Aug. 3 that she will no longer play New York City clubs that demand patrons be vaccinated to attend.

"It wasn't a decision I made lightly," says Mayr, part of Compound Media's lineup of renegade podcasters. "[Getting vaccinated] is not something I wanted to put audience members through. You shouldn't have to make a medical decision that may or may not benefit you [to see stand-up comedy]."

Mayr's tweet generated plenty of reactions, including comics who agreed with her stance, albeit silently.

"People in my [Twitter] DMs, friends who were comedians, they don't want to get the shot, but they're scared to death of taking a stand online," says Mayr, who hasn't been vaccinated herself.

"If you don't stand up, it keeps going," she says of societal regulations.

Still, she isn't surprised that many fellow comics either stay silent on the issue or actively support the mandates.

"[Comedy] hasn't been a punk rock thing for a while," she says.

Podcast giant Joe Rogan, who revealed this week his own, brief, battle with COVID-19, took a more conciliatory approach. "The Joe Rogan Experience" host offered refunds to ticketholders for his Oct. 2 show in Madison Square Garden who don't want to show proof of vaccination.

Comedian and podcaster Tyler Fischer comes at the issue from a different, personal perspective. He got COVID-19 early in the pandemic and endured a second, brief, case a year later. He's still figuring out the best course of action for his personal health, understanding his natural immunity may trump what any vaccination provides.

Fischer also admits to once claiming he was vaccinated in order to perform in a New York comedy club.

"It's tricky," he says of the current environment, including the comedy landscape. "There's a lot of shaming from comedians when they find out you don't have [the vaccination]."

Fischer, whose imitations of Dr. Anthony Fauci have gone viral in recent months, hasn't made a formal declaration like Mayr did about performing in vaccine-only clubs.

He's sad to lose out on Manhattan club appearances at this point in his career.

"Things were just opening up," he says of the local comedy scene before the Delta variant struck. For now, he's concentrating on both his "Tyler Fischer Show" podcast and his Patreon channel, allowing fans to directly support his career.

He says it's easy to say a Lenny Bruce or George Carlin would be fighting back against vaccine mandates in true rebel fashion — but both came of age before social media.

"Rebels like Carlin, how they would have handled this ... might depend on what news they watch. It's become so polarized. "Humans don't like to be shamed or humiliated," he says. "You'll do anything at all costs" to avoid it.

Fischer says his ability to take a controversial stand is based partly on building a loyal base.

"The more Patrons I have, the more I can make a living from growing a following, the more I speak out," says.

"Once you can fill a room, no one can touch you," she says. "The most important thing is the fans."