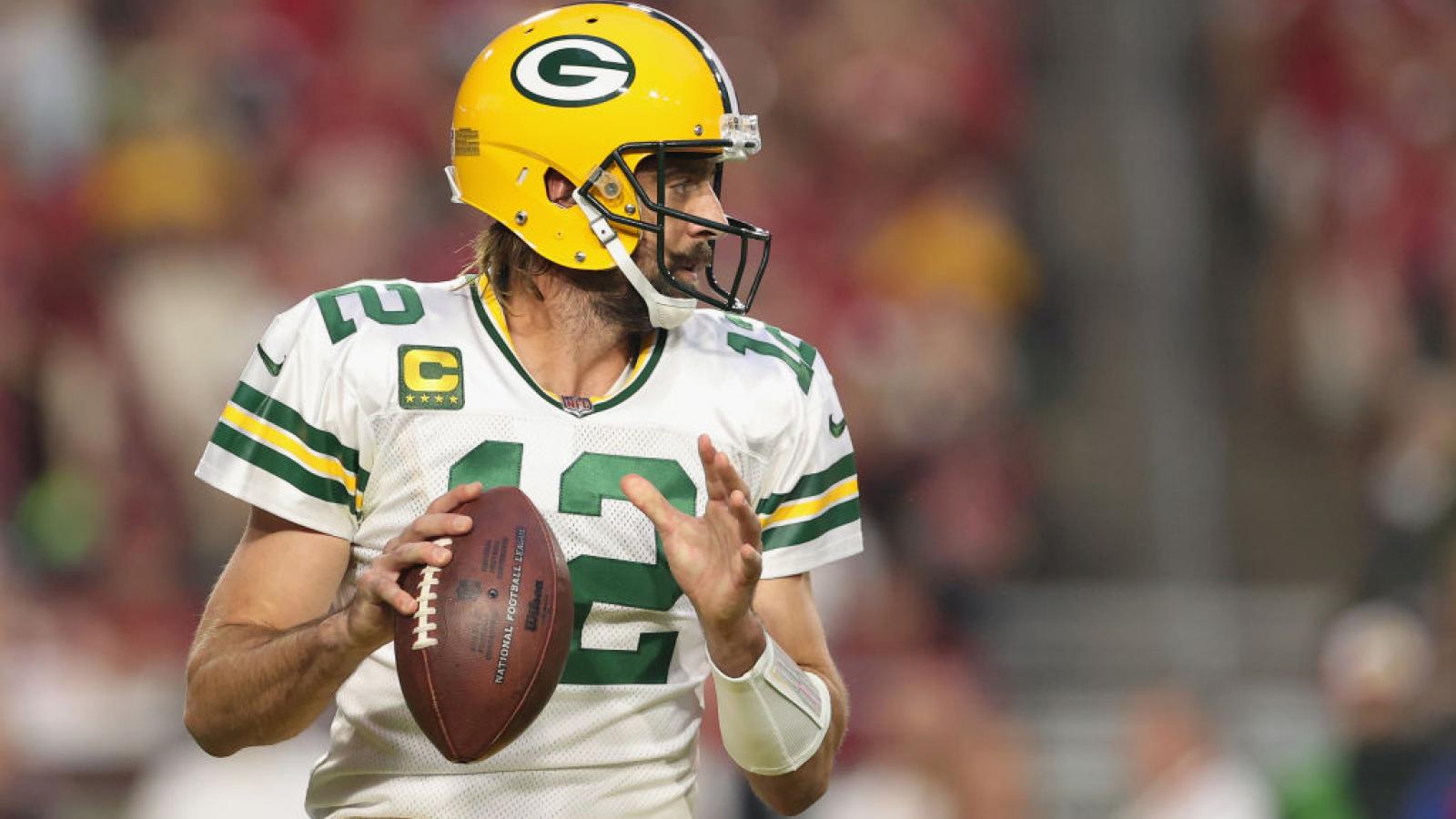 Green Bay Packers star quarterback Aaron Rodgers is back in the lineup for the ongoing debate about the NFL's COVID-19 vaccination policies, saying he's befuddled by the league's narrative about non-vaccinated players being more dangerous than vaccinated ones or so-called "super-spreaders."

"The league has adjusted some of the policies already," Rodgers said Tuesday on the Pat McAfee show. "What I don’t understand though -- it makes no sense to me -- is to continue to spread this narrative that non-vaccinated players are either more dangerous or super-spreaders, which obviously has been proven to not be true."

Roger tested positive in early November for the virus and acknowledged that he had not been vaccinated but instead underwent a homeopathic "immunization protocol" supervised by a medical team.

"I believe strongly in bodily autonomy, and the ability to make choices for your body, not to have to acquiesce to some woke culture where a crazed group of individuals say you have to do something," he said at the time.

On Tuesday, Rogers continued: "I was talking with one of our coaches a couple days ago about two years ago, when the flu hit the league kind of hard. It hit us hard.

"We had over 20 guys I believe that had the flu at one point. During that time, those guys stayed home or stayed away from people. And if they were able to play -- if their symptoms receded enough -- they played in the game.

"And those that didn’t stayed away. You were smart about it, and you reported symptoms when you had symptoms, but it seems like this variant is very similar to the flu that we experienced a couple years ago. So why are we still having this two-class system and pushing this narrative … There’s not many unvaccinated guys left in the league. ... It's obviously not a pandemic of the unvaxxed."

The NFL, following new Centers for Disease Control and Prevention guidance, this week shortened from 10 days to five days the isolation time for players who test positive for the virus, regardless of vaccination status.