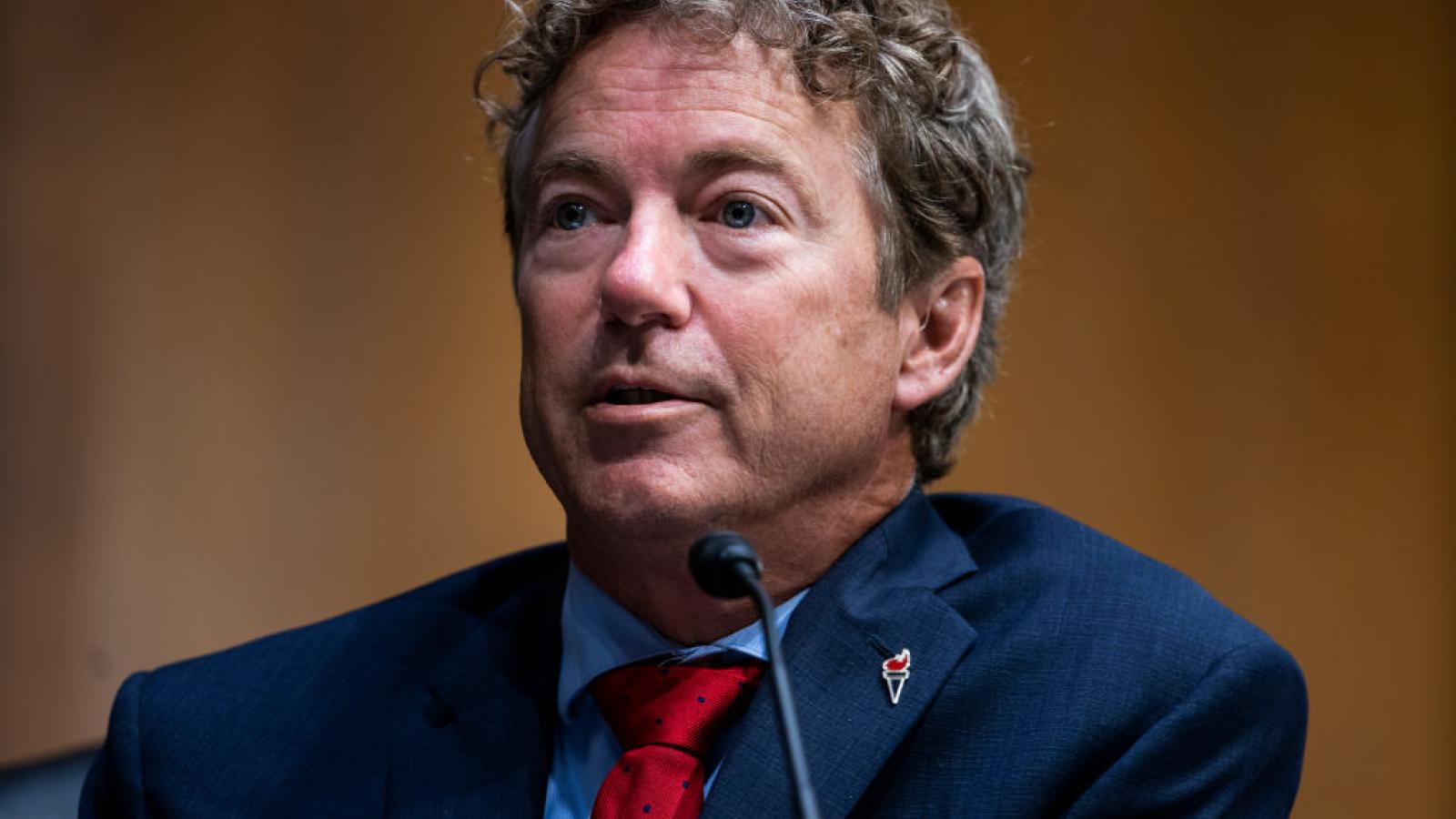 Sen. Rand Paul, a likely committee chairman if Republicans win the Senate in November, says an independent special investigator needs to be appointed to look into Dr. Anthony Fauci's handling of the pandemic and the origins of COVID-19 virus.

"To have a true investigation, you need to have someone who's focused just on that," Paul told the "Just the News, Not Noise" TV show on Thursday evening. "You need to have someone who has the breadth of mind and wherewithal to do an investigation. This needs to be somebody who's either been an attorney general, assistant attorney general or someone that's been a director of a law enforcement agency."

The Kentucky Republican, a doctor himself, has been one of the leading critics of Fauci, clashing famously with the nation's infectious disease chief at several congressional hearings. He kept up his criticisms during the interview, saying Fauci has played politics with science.

"What disreputable scientists like Fauci will do is they'll run around the truth and try to confuse the issue with the science," Paul said.

Paul had introduced an amendment back in March to eliminate Fauci's director position at the National Institute for Allergy and Infectious Disease (NIAID).

"We've learned a lot over the past two years, but one lesson in particular is that no one person should be deemed 'dictator-in-chief,'" Paul said in a March press release. "No one person should have unilateral authority to make decisions for millions of Americans.

"To ensure that ineffective, unscientific lockdowns and mandates are never foisted on the American people ever again, I've introduced this amendment to eliminate Dr. Anthony Fauci's position as Director of the National Institute of Allergy and Infectious Diseases, and divide his power into three separate new institutes."

Paul said Thursday that if Republicans take back control of the Senate, there will be an investigation into COVID and its origins, bringing in scientists who have reached different conclusions regarding the start of COVID.

Paul said that he strongly believes COVID originated from a leak in a lab, citing a long history of lab leaks in China. He said getting to the truth about the virus' origins is essential to guarding against another pandemic.

"There have been other leaks that have actually caused minor epidemics with thousands of people being infected," Paul concluded. "We know that several of these have happened in China in the past. So it's remarkable the lack of curiosity from Democrats on 6 million people, people dying, and what we might do to prevent something like this from happening again."