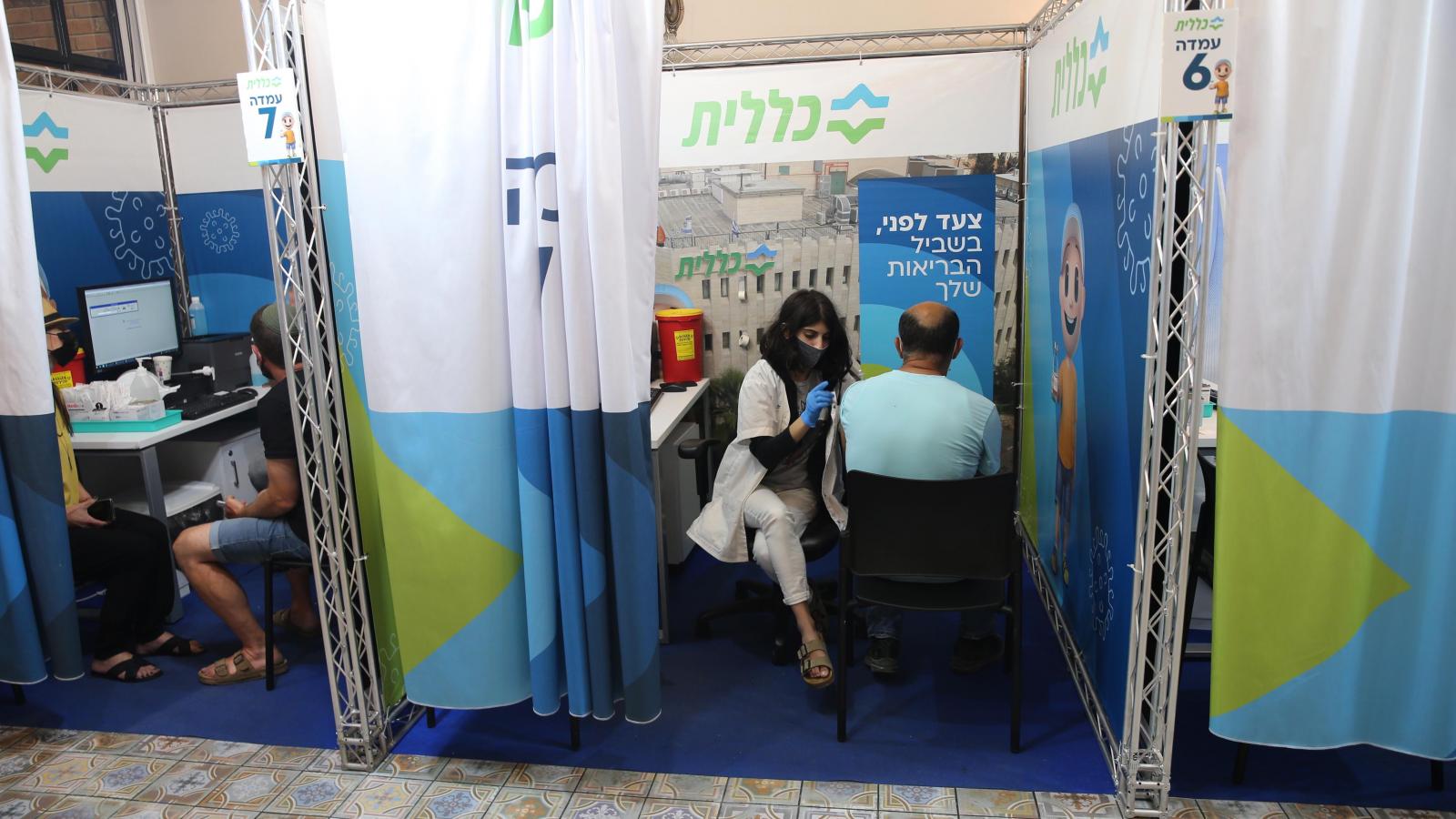 Administration of a third dose of the COVID-19 vaccine at the Clalit Healthcare Maintenance Organization in Jerusalem, Aug. 24
(Xinhua News Agency/Getty)
By Just the News staff

Israel continues to struggle under the weight of a crushing SARS-Cov-2 wave, reaching what one health official said is a "record" number of cases even as the country records some of the highest vaccination rates in the world.

The country is recording "an average of 8,000 new infections each day, with occasional peaks over 10,000," the Times of Israel reported this week.

Those numbers represent "a record that did not exist in the previous waves," Israeli Health Ministry Director-General Nachman Ash told the paper.

The virus replication number had recently declined, he pointed out, before beginning to increase. "I hoped that we would see a clearer drop, but we are still not seeing it," he said.