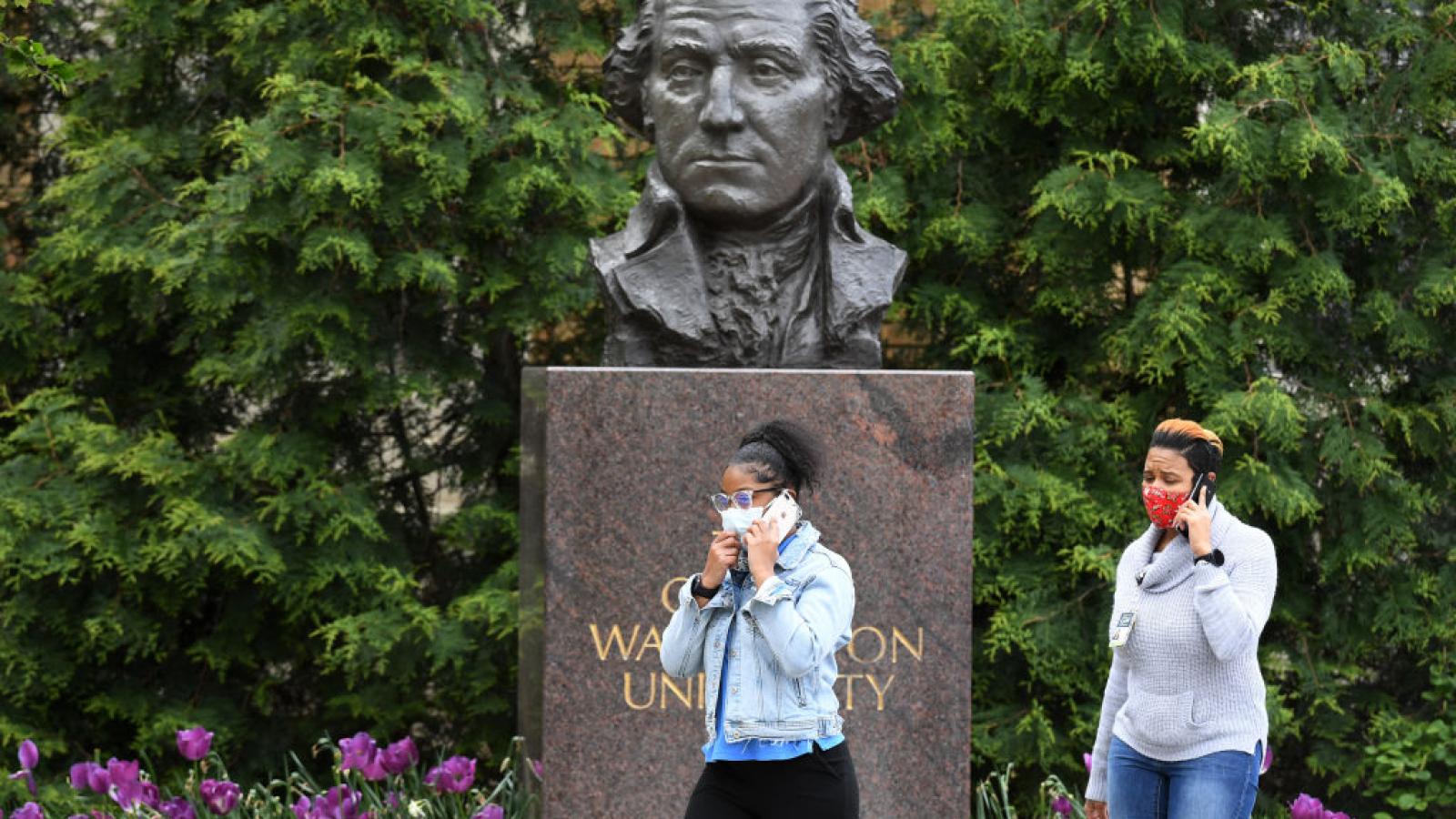 Two universities in Washington, D.C., have delayed the start of in-person learning when classes resume in January as the result of a surge in COVID-19 cases in the city, which now appears to be the epicenter for the virus.

George Washington University canceled in-person classes next month, and Howard University has delayed the start of its spring semester.

The nation's capital reported nearly 1,000% more new cases over the past two weeks and over 9,000 new cases since Friday, according to The New York Times.

On Tuesday, the Centers for Disease Control of Prevention announced the United States set a single-day record for new COVID infections, with 441,278. The total smashed the previous high of 294,015 set in January, before vaccines were widely available.

"At this time, we plan to begin the spring semester virtually to allow for a gradual and careful in-person return to campus," George Washington university says on its website.

School officials said the decision was based, at least in part, on the CDC projecting a potential peak in COVID-19 cases next month and that they anticipate full in-person operations will resume on Jan. 18, following the Martin Luther King, Jr. holiday break.