"If it doesn't, DHS is putting its workforce, support staff, communities, and migrants at greater risk for contracting the virus," warns new report from department's internal watchdog.

U.S. Customs and Border Protection (CBP) "does not conduct COVID-19 testing for migrants who enter CBP custody and is not required to do so," a new report published by the Office of the Inspector General of the Department of Homeland Security found. "Instead, CBP relies on local public health systems to test symptomatic individuals."

Released Sept. 14, the report arrives just days after President Joe Biden announced the federal government would require COVID-19 vaccinations for over 80 million private employees as a condition of their employment.

In one month, between March and April of this year, in eight of nine border patrol sectors (two in Arizona, two in California and four in Texas), 157 CBP employees and contractors tested positive for COVID-19, the IG's office found in its analysis conducted between March 2021 and May 2021.

"DHS leadership must commit to strengthening the preventative measures," like testing, isolation and contact tracing of RIMs," the IG report concludes. "If it doesn't, DHS is putting its workforce, support staff, communities, and migrants at greater risk for contracting the virus."The inspector general recommends that DHS Secretary Alejandro Mayorkas reassess DHS's COVID-19 response and provide resources needed to operate safely and effectively.

DHS concurred with both recommendations in its official response.

"Although resource constraints may present a complex and challenging operating environment," DHS said it "will continue to implement improvement actions based on active monitoring and impact analysis of mitigation efforts" to be completed by Sept. 30, 2022.

Since its earliest days in power, the Biden administration has been relaxing federal border enforcement policies. Within months of the abrupt abandonment of Trump-era controls, Texas border communities that had reportedly gotten the coronavirus under control were sounding the alarm over the virus surging in direct correlation to a sudden flood of illegal immigration.

In August, the city of McAllen, Texas, set up a temporary emergency shelter to respond to the overwhelming increase of refugees, immigrants and migrants (RIMs). In a statement, the city said that since mid-February 2021, there were over 7,000 confirmed COVID-19 positive RIMs released into McAllen by CBP, including over 1,500 new cases within the span of a single week.

Laredo, Texas sued the Biden administration to prevent DHS from busing RIMs to the Democratic-run border town after city officials learned that 40% of them had tested positive for COVID-19 and its taxpayers would be stuck with the bill.

"The reason why we don't do testing is that once you test, there's an obligation," Laredo Mayor Pete Saenz, a Democrat, told MyRGV.com. "If they're positive, we're told that you have to quarantine. We don't have the infrastructure for that."

Laredo was forced to temporary shutdown after RIMs created a COVID-19 outbreak, Saenz said. Shortly after it filed suit, the city reached a deal with DHS, which began rerouting the buses to Dallas, Houston and San Antonio — shifting the burden to those taxpayers instead.

"Border Patrol was very clear that they were just going to put them out in the street, in our plazas," Saenz recounted. "And of course, we couldn't have that. I know some people may say, 'You're basically transporting untested people to other cities.' And the answer is, 'Yes.' But what alternative do we have here, locally?"

In July, Catholic Charities of the Rio Grande Valley came under fire when news reports revealed it was contracting out hotels to shelter RIMs who tested positive for COVID and weren't quarantined. Catholic Charities says RIMs are tested before entering their facilities and those who test negative are allowed to enter. Those who tested positive are placed elsewhere "to avoid the continued spread of COVID-19," Valley Central reported at the height of the controversy, as COVID numbers were spiking.

Rep. Henry Cuellar, a Democrat whose district includes a border region of Texas, then urged Biden to put a "pause" on accepting and releasing RIMs who were spreading COVID-19. Biden has yet to respond to his request.

Texas Gov. Greg Abbott ordered the Texas Department of Public Safety to restrict ground transportation on Texas roads of RIMs who tested positive for COVID-19 or could be carrying it. DPS was ordered to stop any vehicle upon reasonable suspicion and reroute drivers to their point of origin or a port of entry and impound the vehicle. The Biden administration sued, temporarily halting Abbott's order.

Abbott first initiated Operation Lonestar to beef up law enforcement presence along the border in March, and in June he created an interstate compact with Arizona Gov. Doug Ducey. Biden criticized both Republican governors for their recent prohibitions of mask mandates, prompting them to cite how Biden's immigration policies are enabling cartel and gang violence, human and drug trafficking, increased crime and the spread of the coronavirus. 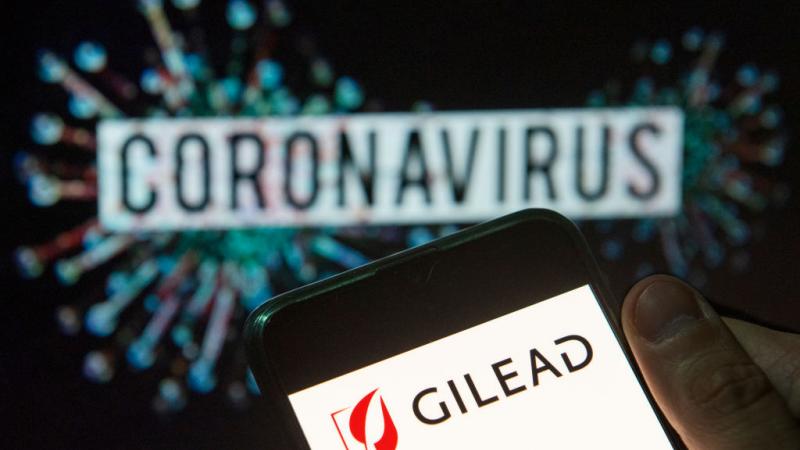