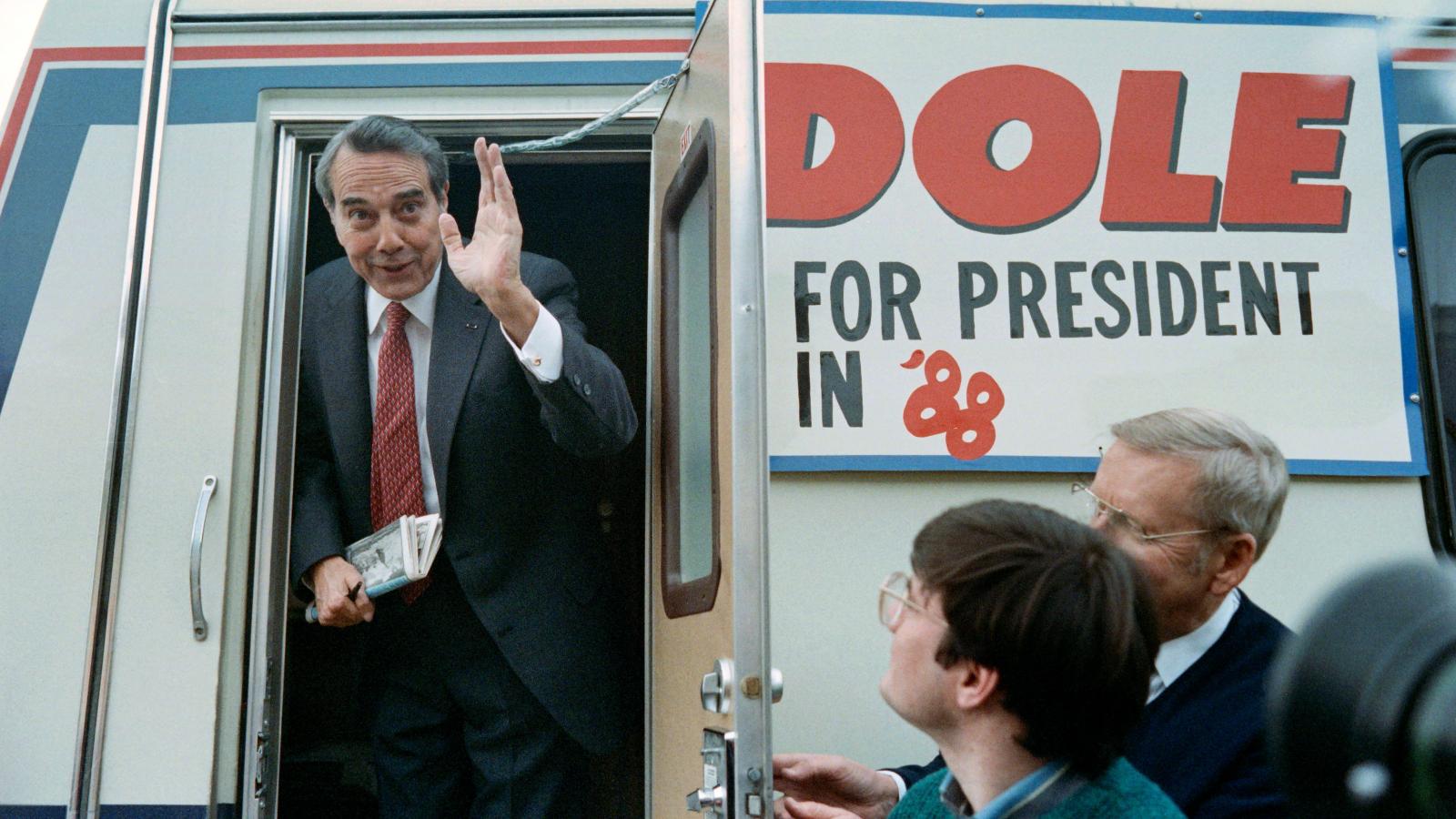 Bob Dole on the campaign trail in 1988.
Getty Images
By Sophie Mann

The Elizabeth Dole Foundation has severed ties with Tim Unes, a D.C. event planner who was revealed to have been subpoenaed by the Democrat-led January 6 select committee for his role organizing the rally before the Capitol riot.

Bob Dole – husband to Elizabeth – the one-time GOP presidential nominee in 1996 and 27-year veteran of the Senate, died Sunday. He is being commemorated in Washington this week, first lying in state at the Capitol on Thursday and a funeral at Washington National Cathedral scheduled for Friday.

It was representatives for Senate Republican leader Mitch McConnell who raised the issue with the Dole family of Unes's involvement with January 6.

In late September, the select committee investigating January 6 wrote a letter to Unes informing him the preceding rally permits listed him as the "stage manager."

"The investigation has revealed credible evidence of your involvement in events within the scope of the select committee's inquiry," read the letter, which also demanded Unes deliver requested documents by Oct. 13 and appear for a deposition on Oct. 25.

"According to documents provided to the select committee, press reports, and statements by Women for America First (WFAF), you assisted in organizing the rally held on the Ellipse in Washington, D.C., on Jan. 6, 2021, in support of then-President Trump and his allegations of election fraud," the letter also states.

Unes is the founder and president of Event Strategies Inc., an events firm in D.C., whose credits include having "largely managed and staffed the 130-person operations team for Donald Trump and Mike Pence" in 2016, and having "produced Donald Trump’s campaign announcement tour and helped the campaign establish its operations division and standards."

Unes has also had a longstanding relationship with the Doles, having served as tour director for the senator's presidential campaign and traveling around the country with the candidate.