Superintendent Scott Ziegler spoke at a press conference where he apologized to both of the alleged victims and their parents for not doing more to ensure their safety.

Amid backlash over two alleged sexual assaults that occurred on school grounds, the Superintendent of Loudoun County School District in Virginia issued an apology Friday, while a school board member who was targeted by a recall petition resigned.

According to Fox News, Superintendent Scott Ziegler spoke at a press conference where he apologized to both of the alleged victims and their parents for not doing more to ensure their safety.

"First, let me say to the families and students involved — my heart aches for you and I am sorry that we failed to provide the safe, welcoming, and affirming environment that we aspire to provide," Ziegler said at the press briefing Friday. “We acknowledge and share in your pain and we will continue to offer support to help you and your families through this trauma."

The superintendent's announcement comes following the arrest of a 15-year-old boy who is accused of sexually assaulting two female students, at two separate high schools in the area.

According to local news station WUSA, the first assault was reported on May 28 at Stone Bridge High School, while another one allegedly occurred last week on Oct. 8 at Broad Run High School.

The parent of one of the alleged victims was arrested at a June school board meeting, where he shouted at officials for not doing more to protect his daughter.

School board member Beth Barts announced her resignation in the wake of a recall drive, and after allegedly being censured by the school board over social media posts and community interactions that were assessed to be inappropriate.

On March 4, the school board voted to censure Barts for violating its code of conduct. Barts’ social media activity and various interactions with Loudoun County Public Schools community members — which were deemed inappropriate or inflammatory — led to the censure.

it is unclear whether her resignation was in connection with the alleged assaults.

"This was not an easy decision or a decision made in haste,” Barts said in a statement. “After much thought and careful consideration, it is the right decision for me and my family.”

The teenage boy accused of assaulting both girls was charged by local law enforcement. 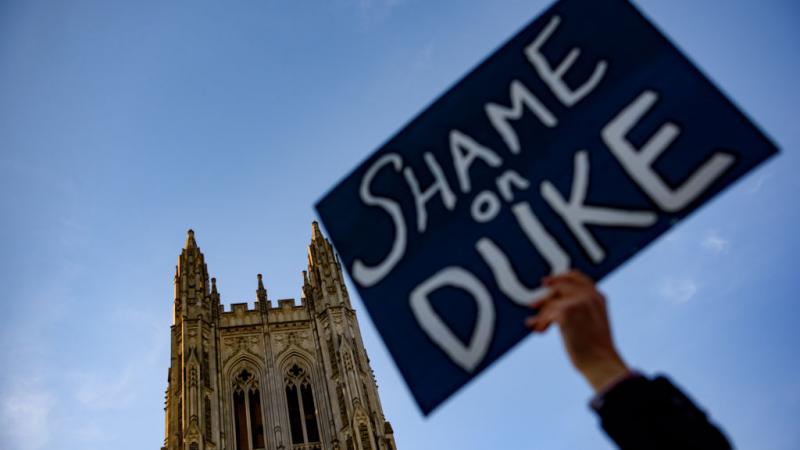