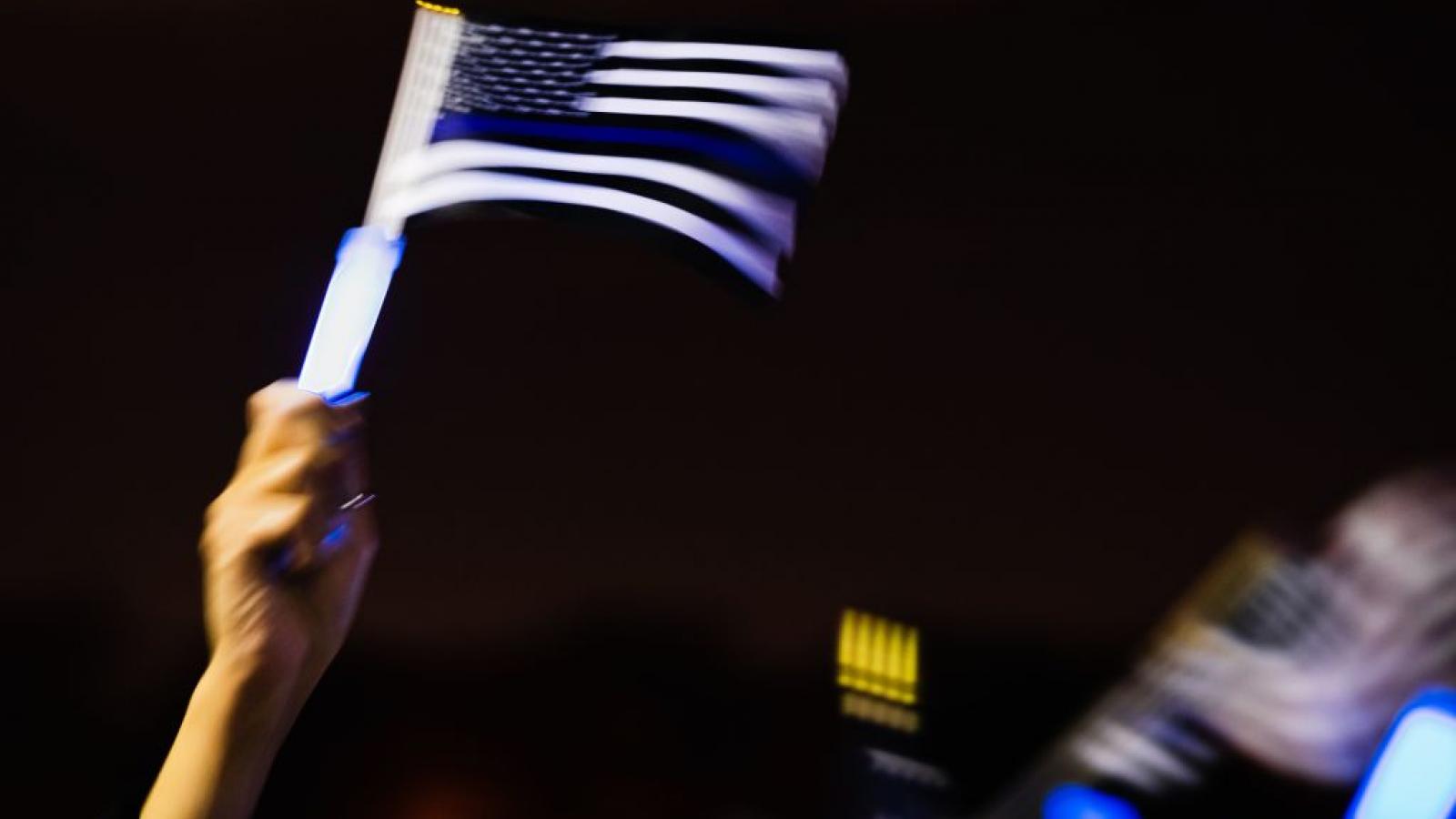 In Washington state, a teacher was ordered to remove a pro-police "thin blue line" flag from her classroom over claims that it is a "political symbol," despite materials supporting the Black Lives Matter movement and various LGBT pride flags being allowed to remain up at the school.

The brother of the teacher who told to take down the flag, Chris Sutherland, told "The Jason Rantz Show" that the school said "it's controversial to have  that flag up ... it makes kids and staff feel unsafe."

Sutherland is a former police officer with the Marysville Police Department in Washington. The flag was originally hung in a classroom at the Marysville Middle School.

Initially, an assistant principal at the school told the teacher there were "concerns about how students, families, and community members might interpret what the image is intending to communicate and that this interpretation may cause a disruption to the learning environment," reported Rantz. Though, those objections were dropped.

Later, however, a second assistant principal ordered that the flag be removed. An HR representative for the school district clarified that to the teacher that the district was "highly concerned about the impact of this political symbol on students, staff, and families of Marysville Middle School."

The teacher was told that if she did not refrain from using the "thin blue line flag" in school, she could face "further disciplinary action."

Signs and symbols of support for BLM and LGBTQ causes are, however, permitted to remain on display inside the school, said Sutherland.

"There's also, she (his sister) was telling me, BLM stuff hanging on the walls, which she was told is okay. Just for whatever reason, just the Thin Blue Line flag cannot be hung up there," he said.