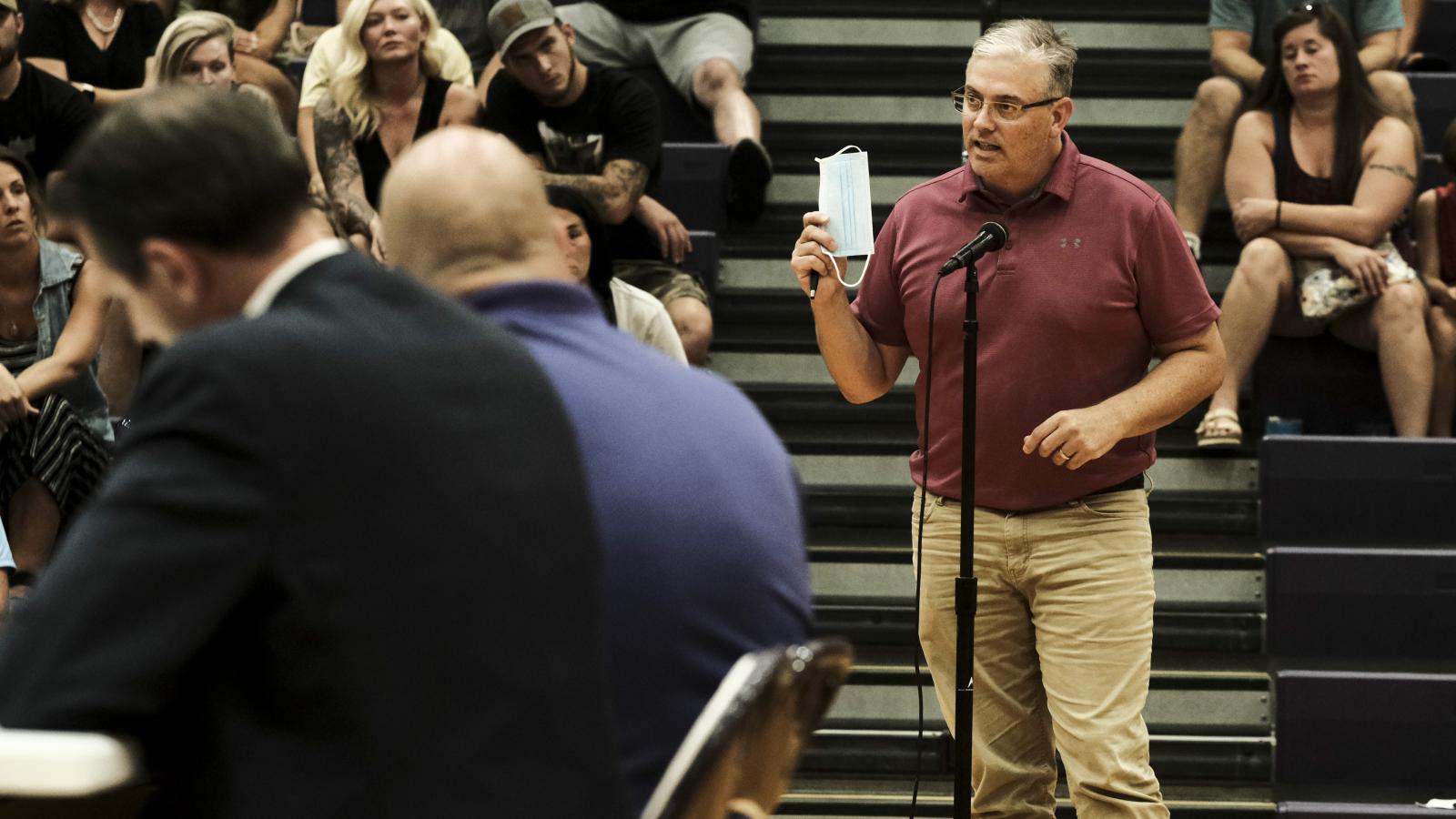 Moms for Liberty Founder Tiffany Justice says when parents were shut down after they spoke out against education corruption, it led to a big wake-up call.

"The most concerning thing to many parents is when they stood up and they spoke out, and they brought the concerns to the people that they had elected or who had been elected to represent them — they were shut down," Tiffany Justice said on the John Solomon Reports podcast. "The mics were cut off at the school board meetings. So when we look at that shutdown of parents, they need to stand up and say, 'No. You are going to listen to me. You were elected to serve us.'"

One of the best examples of this was in Loudoun County, Virginia where parents' speaking time was limited or microphones were cut off early during public comment.

"We have seen now moms and dads all over the country doing lots of different things, such as starting Moms for Liberty chapters, building those relationships with the superintendents and with the school board members to really know and learn what's happening in their district and not being afraid to ask questions," Justice explained.

Justice says that it's not just Republicans and conservatives joining the Moms for Liberty movement, but Democrats and independents are coming over as well.

"A lot of our moms and dads voted for Obama, some voted for Hillary Clinton, some might have even voted for Joe Biden," Justice said. "It just has been this steady march towards our rights being taken away and our freedoms being curtailed."

While Republicans are having discussions about whether or not the 2022 midterms were a success or failure, Justice says that a lot of pro-parent school board candidates won their elections.

"A lot of people have talked about the midterm elections and whether or not it was good outcome or bad outcome," Justice explained. "What we saw from school boards was the fact that people came out to vote, and they voted for parental rights candidates. So we are seeing people coming together around these principles."