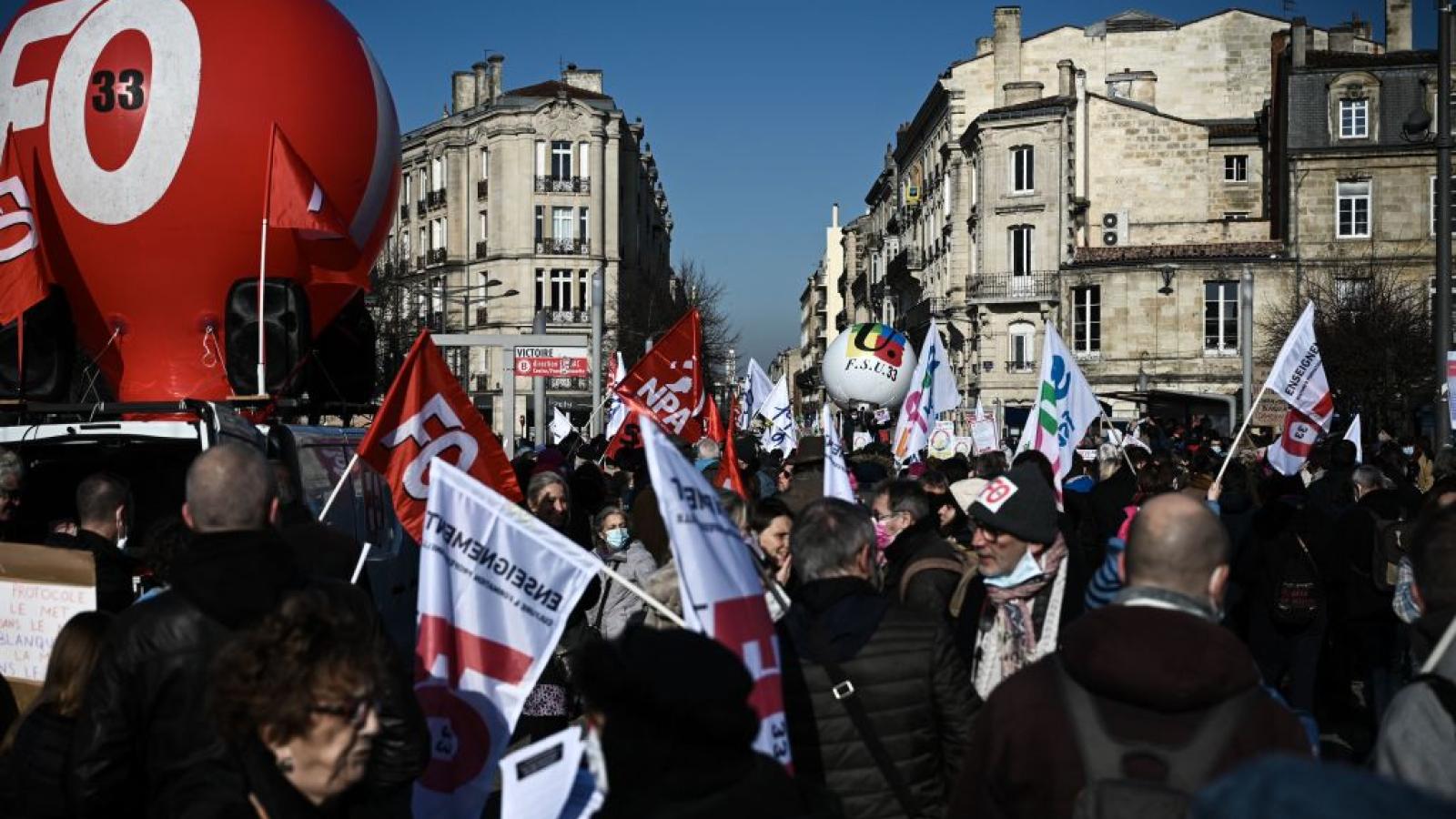 Teachers in France went on strike Thursday to express their frustration over the way the government has handled the ongoing COVID-19 situation in the nation's schools.

Unions have staged a street protest Thursday afternoon in Paris, where educators will lament what they believe are a confusing sets of rules thrown at them regarding school- and classroom-safety standards.

As is the case with many nations around the globe, France is experiencing a dramatic surge in COVID cases due to the highly transmissible Omicron variant. Teachers are requesting more masks and test kits to help combat the surge.

The French government said that about 27% of teachers went on strike Thursday, while unions say that 62% to 75% of teachers were supportive of the protest movement, depending on what their school environment is like.

Despite the widely reported less severe symptoms brought about by the Omicron variant, one union is calling for a return to a previous rule that requires classes to shut down for a week if a child tests positive.