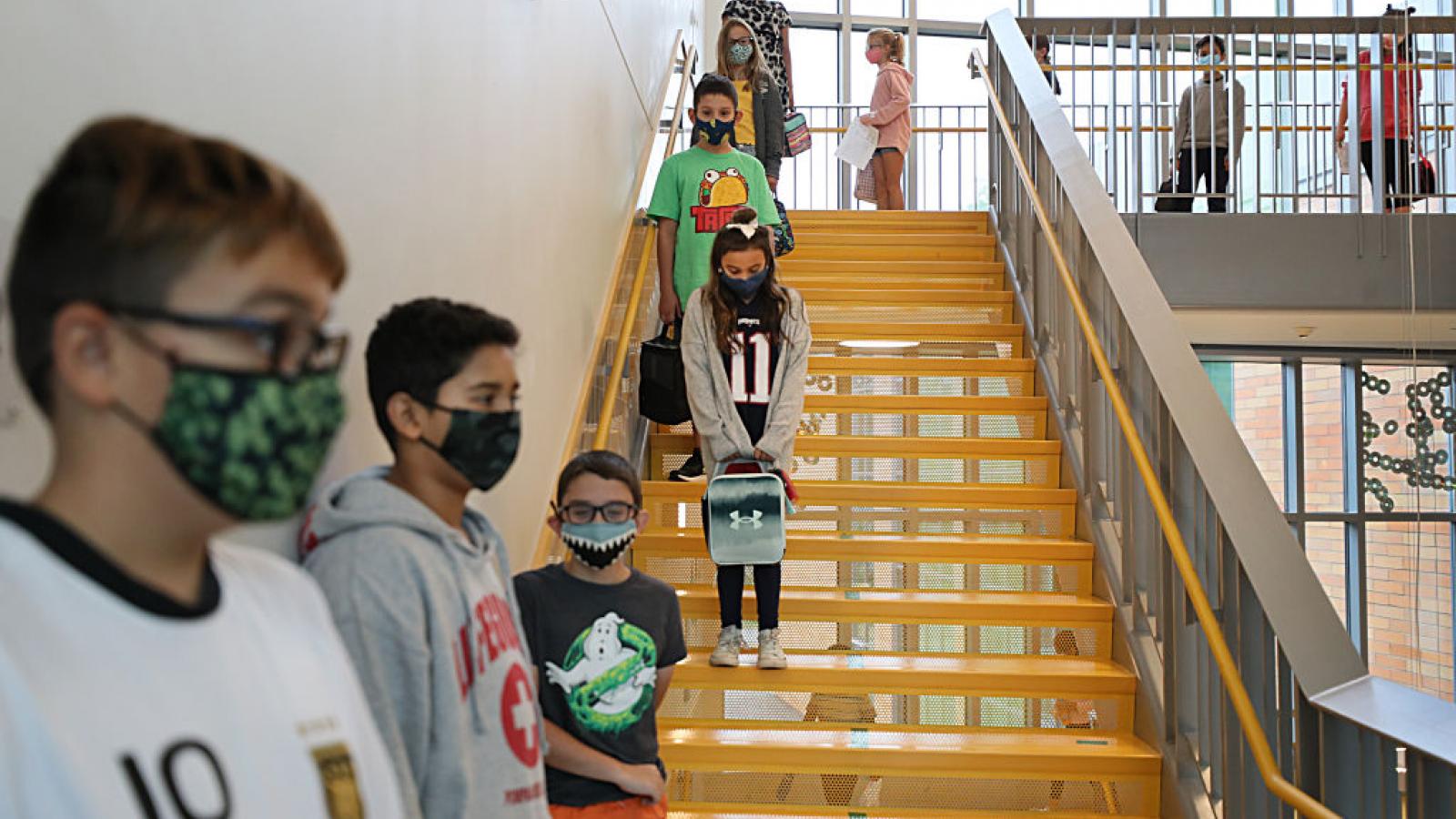 Teachers unions across the country are facing off with school districts over working remotely as COVID-19 cases increase due to the Omicron variant.

The unions are arguing that the school districts aren't doing enough to keep their teachers safe from COVID, while public officials assert that remote learning is unnecessary.

"Nobody signs up for being a home-schooler at the last minute," Chicago Mayor Lori Lightfoot said Tuesday in a press conference. "We can't forget about how disruptive that remote process is to individual parents who have to work, who can't afford the luxury of staying home."

Lightfoot and the chief executive of the school district, Pedro Martinez, said they would shut down school buildings over COVID if cases were spreading to large numbers of students and staff. CTU says West Side schools currently have a 35% COVID positivity rate, with 40-60% of students out.

"Throwing up our hands and acting as if we don't have this body of knowledge that our schools are safe, that we spent $100 million to make them safe, and that we have the vaccine, we don't need a one-size-fits-all strategy," Lightfoot said.

According to teachers, they will return to classrooms after either the current surge passes or the mayor's team agrees to union-approved working conditions.

On Wednesday, White House Press Secretary Jen Psaki said: "We're more than equipped to ensure schools are open, and we're going to keep our children and educators, who selflessly serve their community, safe, but [we will] ensure that children are not enduring the mental health impact of not being in school, that we're — there are not gaps in learning. This includes schools everywhere including in Chicago."

Despite this, at least 4,738 public schools in the U.S. were closed on Wednesday.

Dr. Anthony Fauci also said on Sunday that schools should be open following the holiday break.

"[W]e've done the balance so many times over the last year about the deleterious effects of keeping children out of — in physical presence in the school, and it's very clear that there are some really serious effects about that," Fauci told ABC News host George Stephanopoulos.

"If you look at the safety of children with regard to infection, we have most of the teachers, [an] overwhelming majority of them are vaccinated," Fauci added. "We now can vaccinate children from 5 years of age and older.

"I plead with parents to please seriously consider vaccinating your children, wearing masks in the school setting, doing test-to-stay approaches when children get infected. I think all those things put together, it's safe enough to get those kids back to school, balanced against the deleterious effects of keeping them out."

In Massachusetts, the Executive Office of Education said on Friday that it will not accede to a request from the Massachusetts Teachers Association to close schools this week.

"The commissioner is not going to close schools Monday, and asks teachers to be patient as we work to get tests in their hands this weekend," Massachusetts Executive Office of Education spokesperson Colleen Quinn told the Associated Press last week. "It is disappointing that once again the MTA is trying to find a way to close schools, which we know is to the extreme detriment of our children."

However, at least two school districts in Massachusetts chose to close school on Monday anyway, citing a lack of test kits. This was after the state Department of Elementary and Secondary Education announced last week that 200,000 COVID-19 rapid tests had been purchased to be distributed statewide for testing faculty and staff, the news outlet reported.

"But without a strategic plan to make the tests available before this weekend, the ability to ensure safe learning environments for our students and staff by Monday morning is greatly reduced," MTA President Merrie Najimy said.

In San Francisco, the teachers union is threatening to walk off the job "if safe working conditions are not met," according to United Educators of San Francisco President Cassondra Curiel, KTVU Fox 2 reported.

A total of 693 teachers — almost 20% — called in sick on Wednesday, educators said, absences exacerbated by a substitute shortage.

However, the city's school board president Gabriela Lopez said Wednesday, "What we are trying to do is trying to prevent a complete shuttering of schools if we do not have the staff because people couldn't ensure their safety and that of their families."