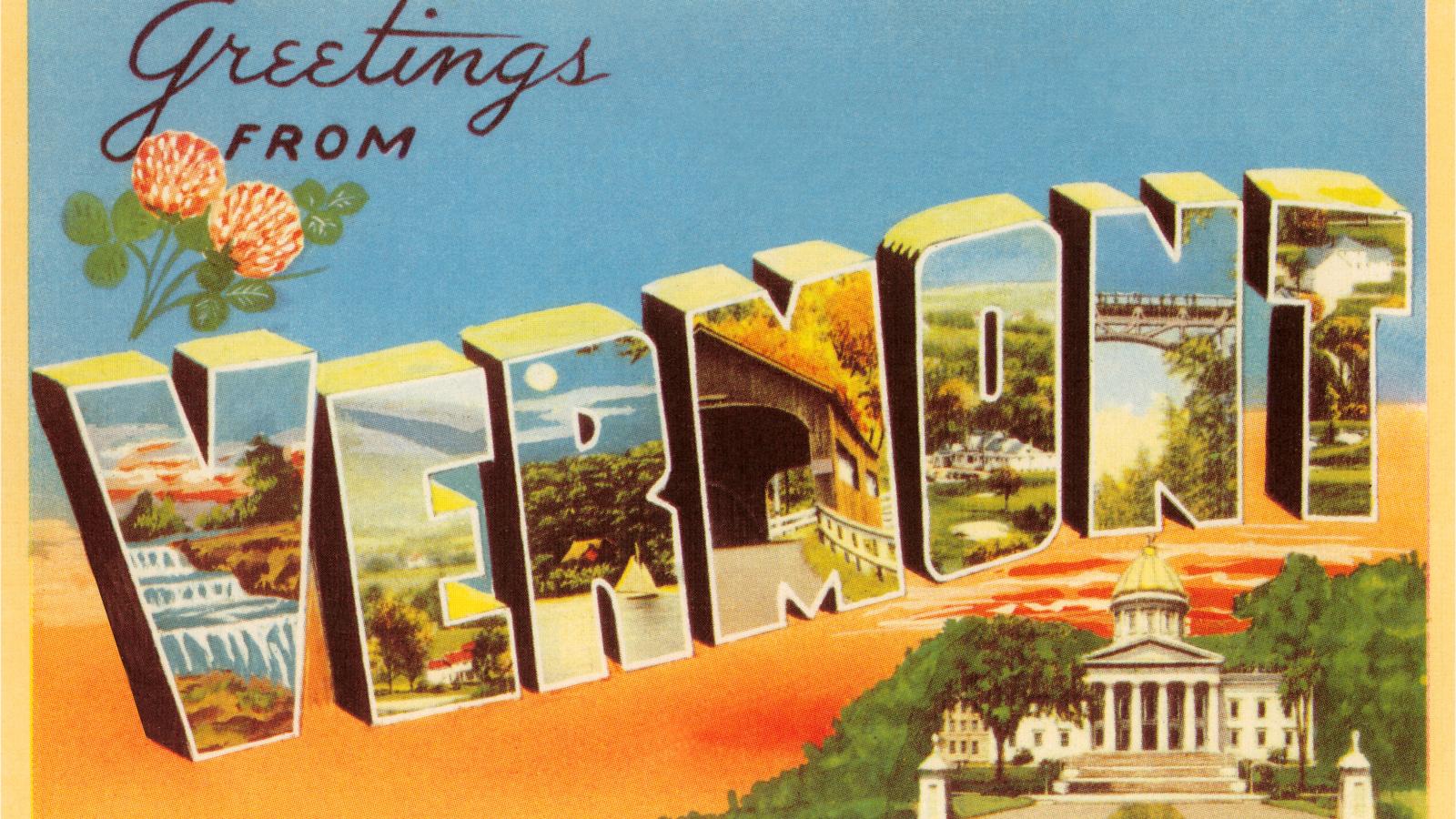 Historical Vermont postcard from days when only citizens could vote.
Getty Images
By Greg Piper

Four families are using that precedent to demand the state pay for their children to attend schools of their choice, regardless of where they live, as a matter of educational equality.

Vermont's "town tuitioning program" is America's oldest school choice program but also among the most restrictive, with only 4% of students eligible, according to EdChoice. It caps vouchers at around 75% of per-pupil spending at district schools.

It has already drawn scrutiny in federal court for denying tuition reimbursement based on religious affiliation, which was deemed unconstitutional earlier this year.

Whether to change the system, which allows school choice in towns without a public school, is a policy question for the Legislature, Assistant Attorney General David Boyd argued at an Orleans County court hearing Friday.

Constitutionalizing a voucher system — forcing every Vermont town to offer school choice at all grade levels — would "overturn hundreds of local choices" for a "small minority" of families who want to take their taxpayer-funded tuition to another school, he said.

"Education's not a collective right," countered Jeffrey Jennings, staff attorney for the Liberty Justice Center, which is representing the families. "It's an individual right."

Local control applies to "particularized benefits," such as whether to offer advanced placement courses, not "equal educational opportunity," he said.

Judge Timothy Tomasi pushed back on the state for implying the courts can't review the Legislature's decision, but also on the families for not exhausting administrative remedies for the problems their children had in public schools. "You haven't really tried to use the system that does exist," he told Jennings.

Given that failure, it's not clear why the four school districts the children currently or used to attend should remain defendants, their lawyer Sean Toohey argued. The families' anecdotes about bullying, harassment and indifference are "not actual claims," and they aren't challenging specific school policies.

"Multiple modes of delivery of education does not necessarily create unequal opportunities," Toohey said. It's appropriate that the Legislature is given the means to accomplish the end of "substantially equal educational opportunity."

Filed nearly a year ago, the lawsuit put the four families' horror stories front and center. It claims their children have medical and psychological issues their public schools have poorly addressed.

One with severe physical disabilities was forgotten and left alone in a bathroom for an hour; another was "teased, bullied, and shunned" after coming out as transgender and became suicidal; and another with a "speech delay" was taunted and physically assaulted.

School personnel were indifferent or blamed the victims and misdiagnosed two of them, causing further harm, the suit claims. Two families were granted school choice in middle school only to lose it in high school, which is "cruel and inhumane" for their children.

The three families who are paying their children's tuition are financially struggling as a result. One couple lives on food stamps; a single mother "skips meals, herself, in order to stretch her food budget"; and another family can't afford braces for their child.

Boyd argued the plaintiffs were unusual among Vermont families seeking school choice. He pointed to a 2017 ProPublica investigation that highlighted wealthy families using the vouchers, some of which went out of state and even out of the United States.

"Vermont's voucher program is a microcosm of what could happen across the country if school-choice advocates such as Education Secretary Betsy DeVos achieve their vision," the progressive media nonprofit said.

Town tuitioning is not analogous to education funded by local property taxes, which the Vermont Supreme Court ruled unconstitutional for denying "equal educational opportunity" to children in poorer districts, Boyd said. Judge Tomasi questioned that distinction, wondering if the former was equivalent to the latter "in a geographical sense."

If the purpose is making "the less disruptive change," Vermont should get rid of town tuitioning, since the vast majority of students attend local public schools for all grades, Boyd said.

The school choice law suffers from "underinclusivity" because it excludes the vast majority of students without a legitimate policy goal, Jennings argued for the plaintiffs. Vermont must show it has a "compelling state interest" to justify this exclusion, he told Tomasi, who responded that this heightened legal standard has never been applied to the state's unique education clause.

Asked why the families didn't first exhaust administrative remedies for the alleged mistreatment of their children, Jennings said they are bringing a facial challenge to the geographically limited system. The horror stories in the lawsuit are both "demonstrative" and "legal."

Tomasi floated the possibility that public schools "on the margin" would close under a ruling that made school choice equally available statewide. Jennings said the judge can't avoid ruling on the system the Legislature created, and insisted the plaintiffs would prevail even if possible school closures were analyzed in discovery.

The lawyer agreed with the judge that a new set of plaintiffs without local public schools — who currently rely on town tuitioning — could legitimately demand their creation under Jennings' argument. Once the government provides a benefit, it must be provided equally, like Medicaid, he said.

Toohey, the lawyer for the school districts, told Tomasi they remain responsible under federal law for the special education of students who use vouchers for a different school. That means the plaintiffs have to exhaust administrative remedies before suing the districts.

The judge seemed persuaded that the districts should be dismissed from the litigation, because any victory against the state would "trickle down" to them. Jennings responded that the families are challenging the "overall decisions" by the towns not to offer tuitioning, even when they specifically asked for vouchers.