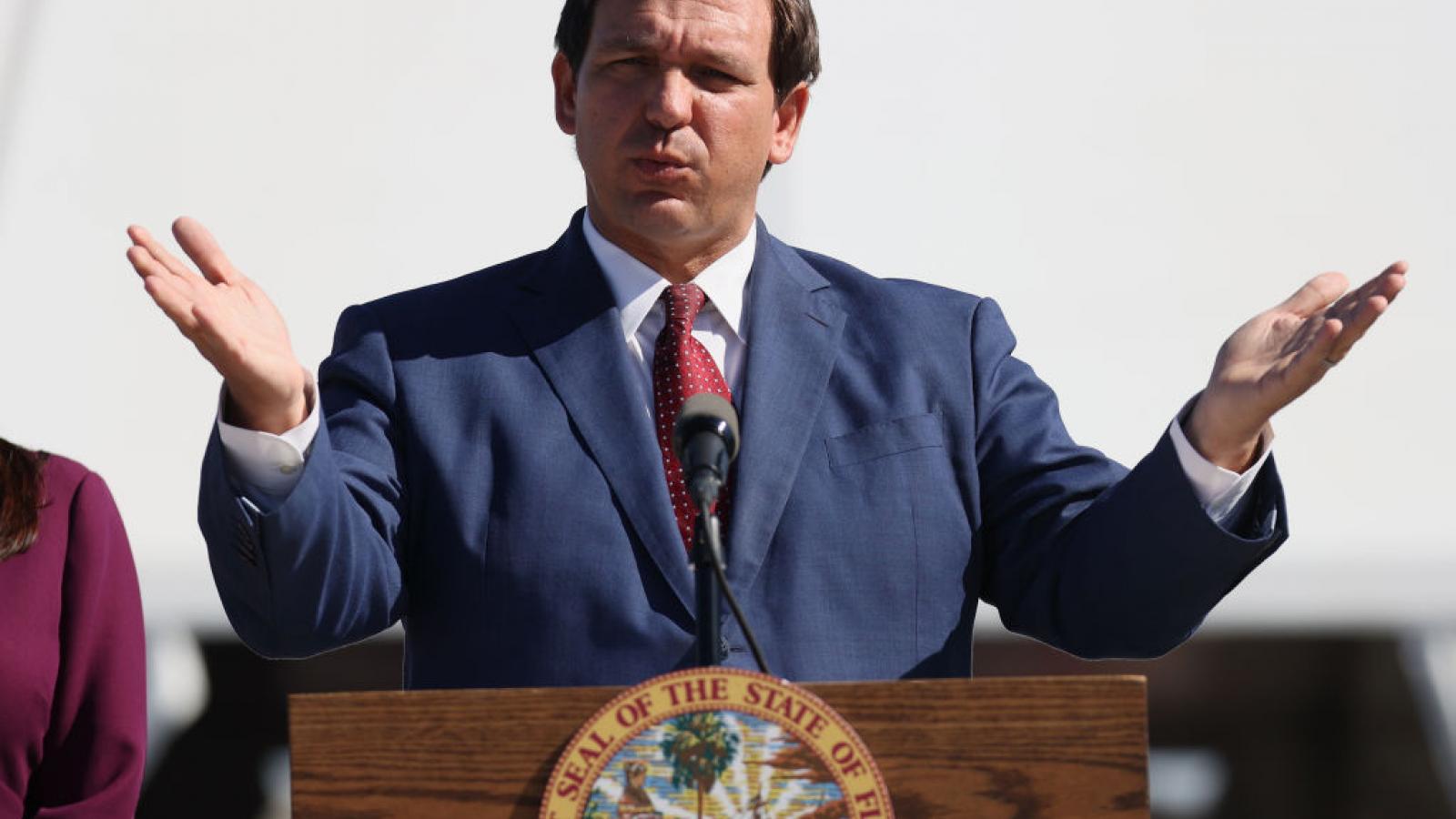 When Florida Republican Gov. Ron DeSantis takes the stage to deliver a welcoming address at the Conservative Political Action Conference on his home field in Orlando Friday, it will be as a fast-rising force in the conservative movement and an increasingly plausible and popular contender for his party's presidential nomination in 2024.

DeSantis will be followed in the spotlight on the first full day of CPAC 2021 by a succession of marquee GOP names vying to woo the party's conservative base at the movement's signature annual gathering of the tribes. Among them will be potential 2024 GOP presidential hopefuls and aspiring heirs to the leadership of their party's populist conservative wing, including Sens. Ted Cruz, Tom Cotton, and Josh Hawley, of Texas, Arkansas and Missouri, respectively.

On Sunday, the three of them, along with the rest of this year's CPAC attendees will find out if there are openings for a 2024 GOP presidential nominee or a populist conservative standard bearer when Donald J. Trump makes his much-anticipated return to the political arena with a speech expected to provide a glimpse into the former president's vision for the political future — both his own and that of his party.

DeSantis, who eked out his 2018 gubernatorial victory by a razor-thin 0.4%, might not have found himself in such an advantageous position but for what has been one of the most chaotic years in American politics. The deadly COVID-19 pandemic revealed DeSantis as a capable and independent-minded executive whose state is doing better than most by key pandemic metrics, even as the governor flouted much of the received wisdom on COVID mitigation while defying critics who claimed his state would become a death trap.

At the same time, DeSantis has also signaled his willingness to take on Big Tech, at a moment of peak conservative anxiety about the vast power those corporations exercise over the daily lives of American citizens. The recent rash of account bans and censorship faced by conservative content creators on those platforms has signaled what may be a major escalation in efforts to muffle such voices, something DeSantis has vowed to counteract in Florida with targeted legislation.

DeSantis has faced withering criticism for his coronavirus policy over the last year, with Democrats and commentators alleging that the governor has failed to contain the virus in the state by refusing to use the mitigation measures adopted by many other governors throughout the country.

Florida has responded to the COVID crisis with a much lighter hand than other high-population states such as California and New York. DeSantis has never issued a mask mandate and indeed has forbidden local governments from fining residents who refuse to wear face coverings.

The governor did order a statewide shutdown in April of last year, yet he began to reopen the state less than a month later, at a time when many governors were signaling open-ended lockdowns for the foreseeable future. (At around the same time, for instance, California Democratic Gov. Gavin Newsom refused to provide an end date for his state's lockdown, while Virginia was not even halfway through what was then a minimum 72-day shutdown).

In late September, DeSantis officially lifted all statewide COVID restrictions in Florida. Most famously, throughout the summer he prioritized getting Florida students back to in-person schooling as much as possible. Florida is presently one of four states that has issued an order directing schools to remain open.

Critics have slammed DeSantis' approach as reckless and unscientific. At times, the governor has been accused of concealing COVID-19 death data, though evidence has yet to emerge to substantiate those claims.

Criticisms notwithstanding, Florida has fared better thus far in the pandemic than most states. It is 28 out of 50 for population-adjusted deaths, holding the same spot for population-adjusted positive tests. Its number of hospitalized residents, adjusted for population, is currently much lower than hard-lockdown states such as New Jersey and New York, as well as the District of Columbia.

The risks from COVID rise with advancing age, and Florida achieved its successes against the disease despite having a large retiree community and concomitantly a state population with the fifth-highest median age nationally.

More recently, DeSantis has vowed to take on what he and other Republicans and conservatives have claimed are mounting efforts by major technology companies to censor and ban non-liberal voices as well as intervene in the U.S. electoral process.

At a press conference earlier this month, DeSantis announced that Florida would not "allow Floridans' privacy to be violated, their voices and even their livelihoods diminished and their elections interfered with."

DeSantis was joined by state legislators in Tallahassee to spotlight proposed legislation, titled the "Transparency in Technology Act," that would require technology and social media firms to:

"I want to preserve Florida's rich, diverse public discourse and not allow corporate-owned, content managing outlets to dominate our voices," DeSantis said in announcing the bill, arguing that "Floridians should be able to choose which content to consume and which to ignore."

That initiative, if DeSantis continues it through the end of his first term in 2023 and potentially beyond, could provide him with significant ammunition in what is likely to be a bitterly divisive political climate in the years ahead, particularly if major platforms such as Facebook and Twitter continue to ramp up censorship of major political figures.

Polling has indicated that Republicans are highly likely to believe tech platforms are guilty of censorship in favor of progressive viewpoints. A governor willing to take those companies on will doubtlessly be appealing to wide swaths of conservative voters.

Whether or not DeSantis will advance towards the nomination over the next three years depends, of course, on a variety of political factors, chief among them whether Trump attempts to mount a comeback campaign in 2024. A Trump return might relegate DeSantis to either the vice presidential tier or preempt a campaign altogether.