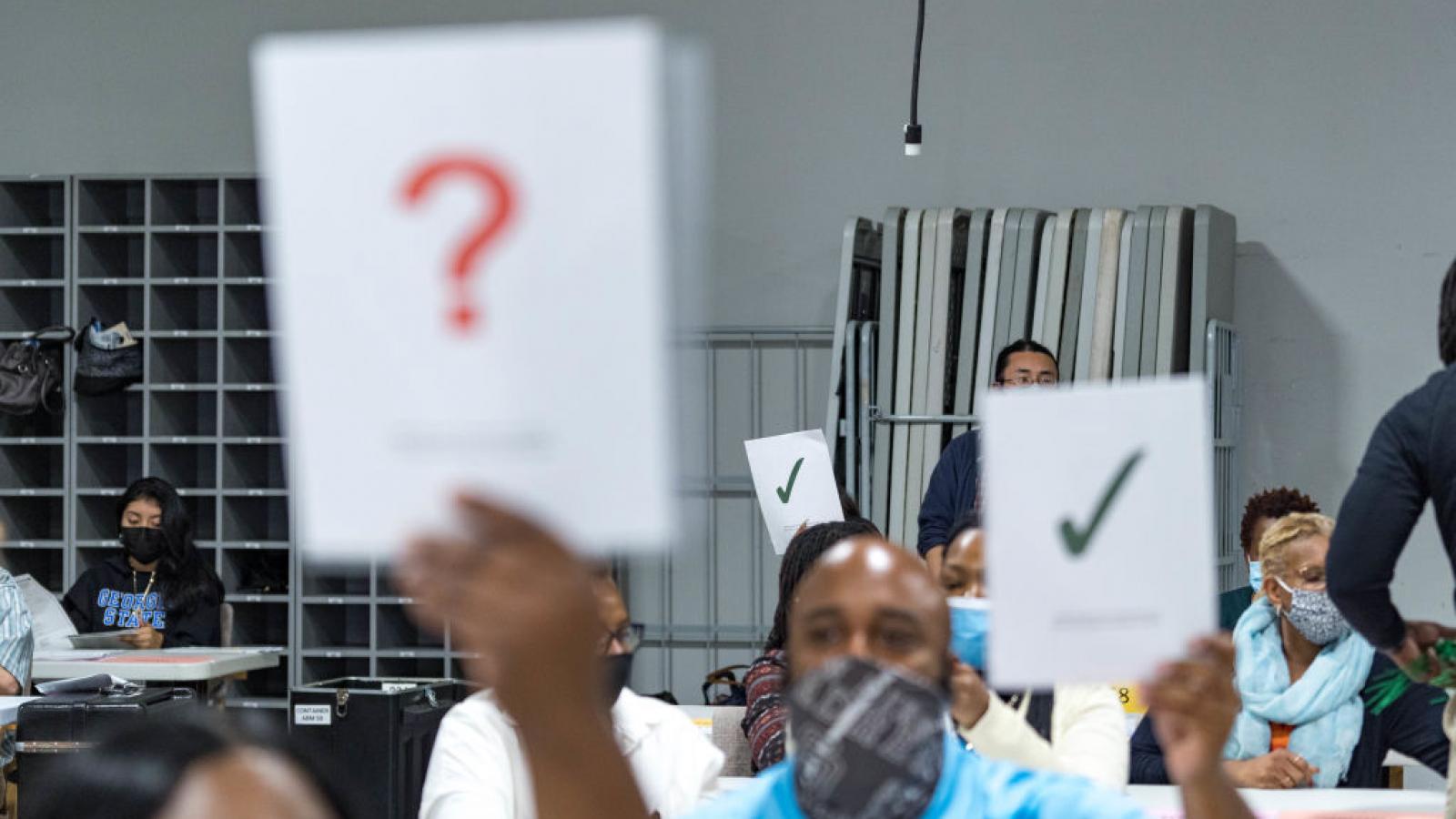 The Fulton County district attorney conducting the investigation told the slate of Trump electors that they were under investigation, according to court filings on Tuesday, per CNN.

"[A]s our investigation has matured and new evidence has come to light, in a spirit of integrity we feel it only fitting to inform you that your clients' status has changed to 'Target,'" wrote Fulton County District Attorney Fani Willis' office, according to the filings.

Attorneys for the electors denounced the subpoenas from the grand jury as "unreasonable and oppressive," CNN reported.

A grand jury previous subpoenaed Trump ally Rep. Jody Hice, R-Ga., for his role in the same effort, though he has moved to transfer the proceedings to federal court and out of the state's jurisdiction.

Trump ultimately lost Georgia to President Joe Biden by 0.2% in the 2020 presidential election. Though Trump appeared ahead on Election Night, Biden gradually overtook Trump as ballot counting continued throughout the week.

The long ballot counting process and alleged irregularities due to the COVID-19 pandemic became the subjects of criticism by the Trump campaign, who alleged that fraud affected the final statewide result. Trump has targeted Republicans Gov. Brian Kemp and Secretary of State Brad Raffensperger for allegedly mishandling the election in their state.

The news comes as former Trump adviser Steve Bannon faces trial for contempt of Congress for his refusal to comply with a subpoena from the House select committee investigating the Jan. 6 Capitol Riot.