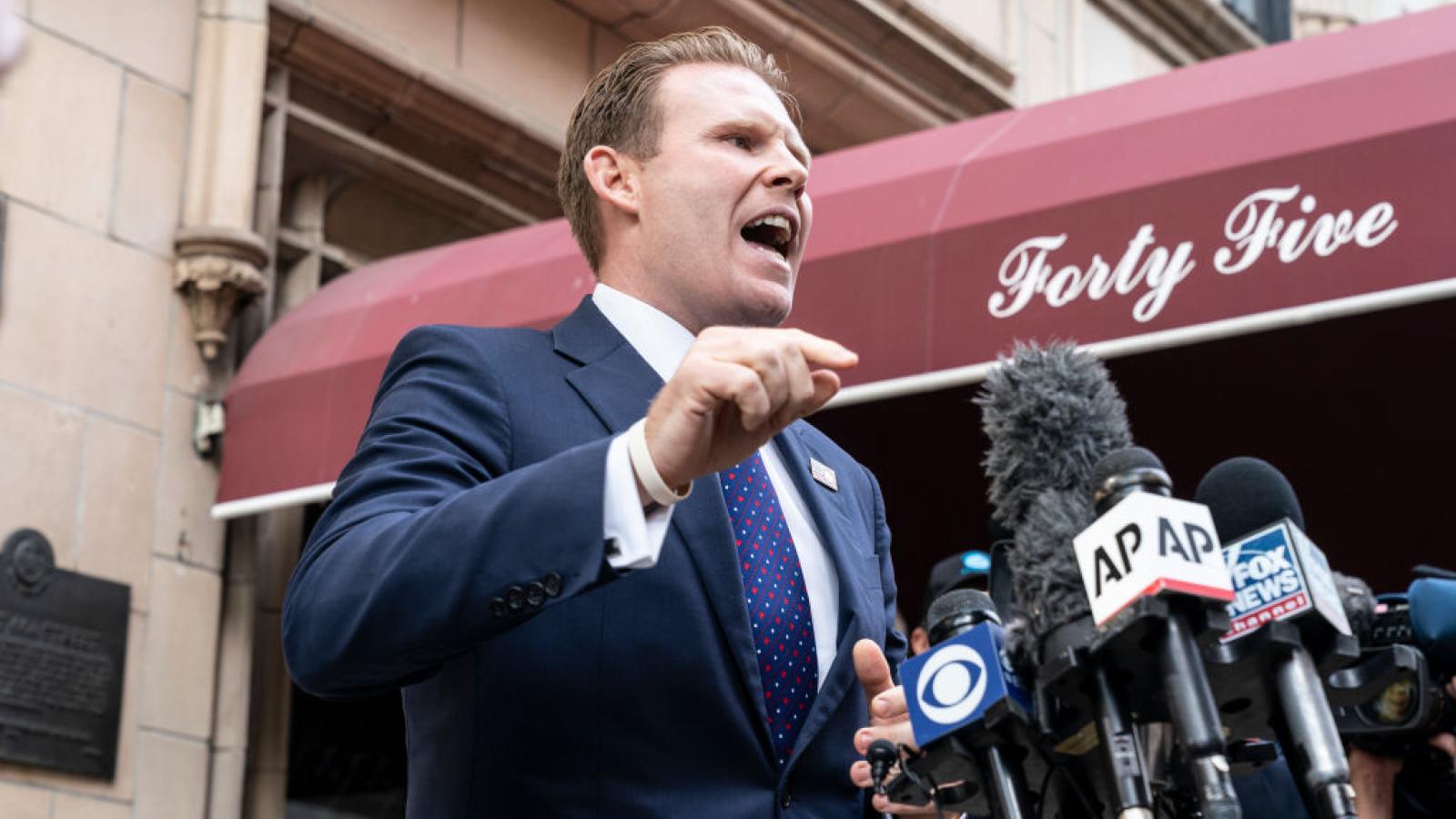 New York GOP gubernatorial candidate Andrew Giuliani announced Saturday night he is being banned from appearing in person at a Republican primary debate for refusing to provide proof he got a COVID-19 vaccine.

The 36-year-old son of former New York City Mayor Rudy Giuliani was to square off against Rep.Lee Zeldin, former Westchester County Executive Rob Astorino and businessman Harry Wilson but said he will now have to appear virtually at Monday's debate hosted by a CBS TV affiliate.

Zeldin has been leading in the polls but Giuliani appeared with a slight lead in a Zogby poll released two weeks ago.

The younger Giuliani has said he believes vaccine mandates "discriminate against first responders and healthcare workers" and he has vowed to return those to work who were fired in New York for refusing to comply with the mandates.

Giuliani wrote a letter to CBS executives attacking their debate attendance requirement for vaccine proof, according to a press release released by his campaign.

“While [your rules] will disrupt Monday’s debate, the true injustice is that policies such as these have deprived front-line heroes such as firefighters, police and healthcare workers of employment and benefits,” the letter stated.