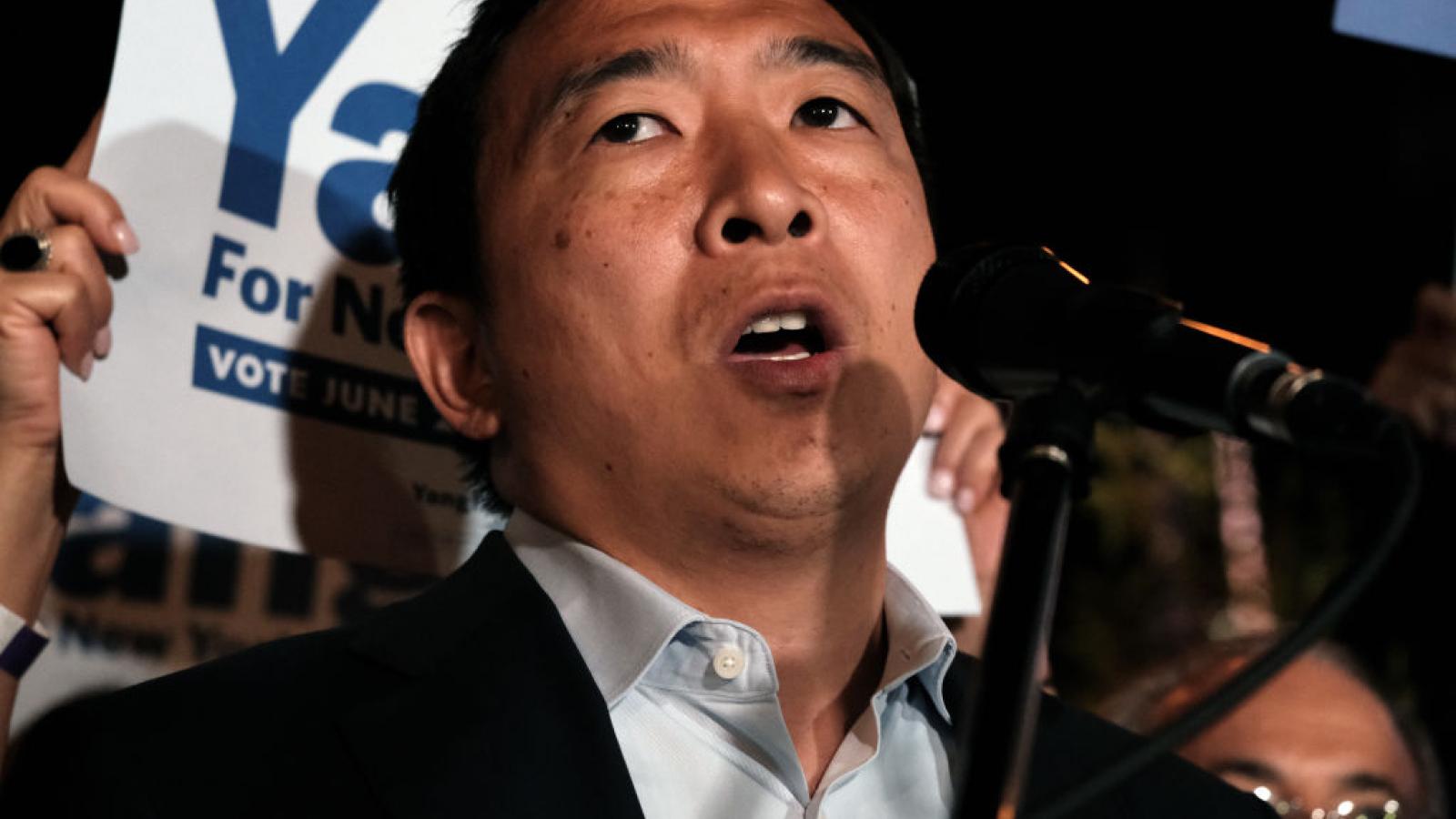 In a post to his website this week, Yang wrote, "for a while" he has been predicting that former President Trump will once again be the GOP candidate for the presidency and that he will once again face off against Biden.

Recently, however, Yang writes that there have been "a few developments that have changed my mind," about Biden's ability to win the field again in 2024.

"Deference to Joe is dissipating," wrote Yang, who added that there appears to be hesitation from a number of significant DNC donors who are contemplating "sitting out the next cycle until they knew what/who they were backing."

In 2020, Yang wrote, "Who can bat Donald Trump?" was the primary question Democratic voters were looking to answer. Yang says that voters will likely be looking for that answer again and choosing among a field that includes Kamala Harris, Pete Buttigieg, Amy Klobuchar, Cory Booker, Elizabeth Warren, "or someone els from among a new host of candidates."

In September, Yang announced he was leaving the Democratic party to establish the Forward Party, which he branded as an answer to the polarization of the current two-party system.