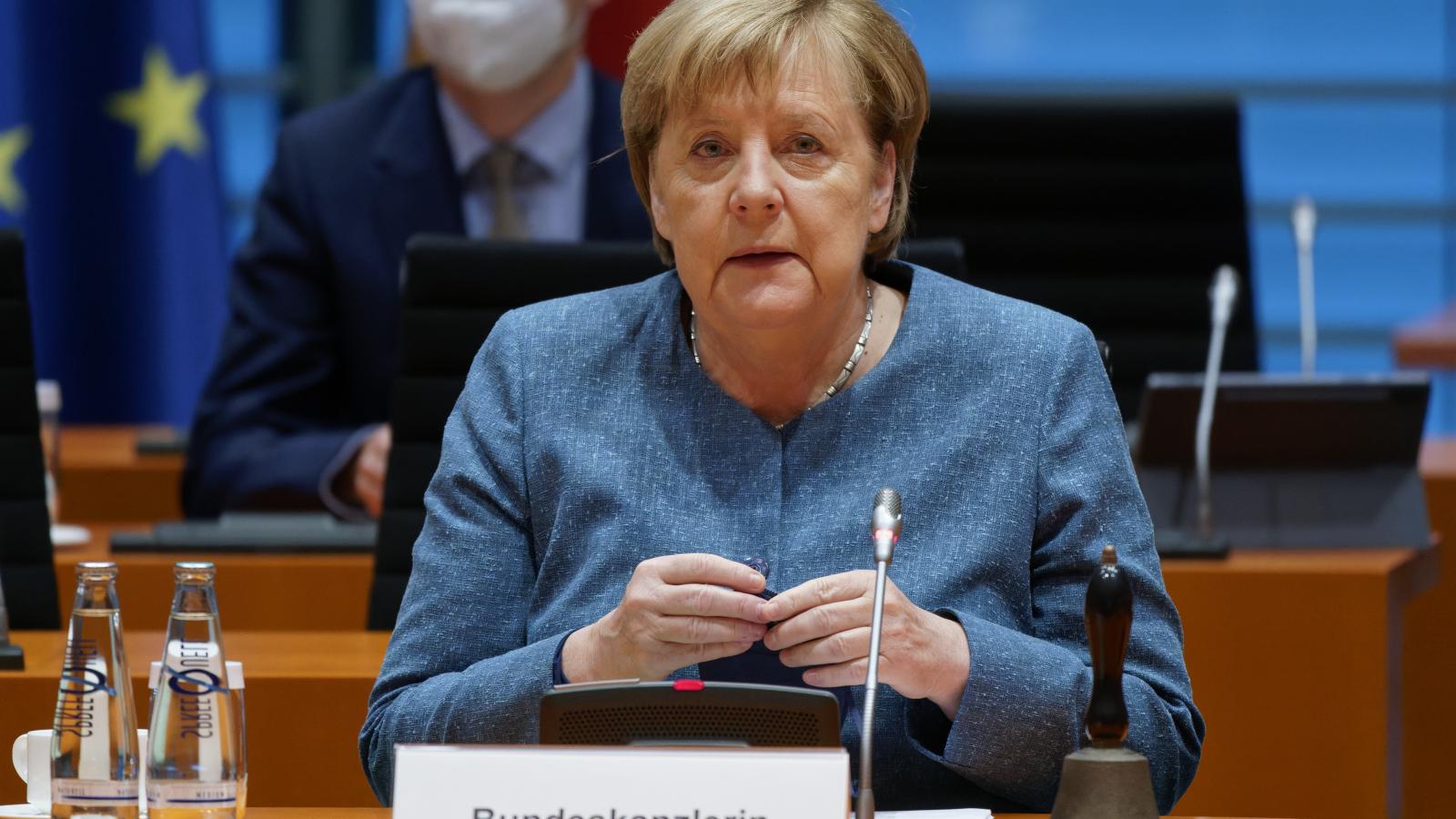 German Chancellor Angela Merkel's center-right bloc is in a tight race with the Social Democrats, as projections showed her party endured its worst result in parliamentary elections since 1949.

ARD public television projected that according to early counting and exit polls, Social Democrats, whose candidate is outgoing Vice Chancellor Olaf Scholz, had 25.5% of voter support, The Associated Press reported. Merkel's Union bloc was at 24.5% with her would-be successor Armin Laschet, governor of North Rhine-Westphalia, the most populous state in Germany.

Projections from ZDF public television put Social Democrats at 25.7% to the Union bloc's 24.6%. Both sets of projections had the environmentalist Greens at third place with about 14%.

Coalition governments are usually produced by the German electoral system, but no winning party has ever received less than 31% of the vote since the end of World War II, which Union won in 1949, its worst result until this election, according to the AP.

The party with the most votes is in the best position to produce the next chancellor, but it is not guaranteed. Until a new coalition is sorted out and a new government is set, Merkel will stay on as a caretaker leader.

Projections also had the business-friendly Free Democrats at about 12% and the Left Party with 5%. The party that no other party is interested in working with, the far-right Alternative for Germany party, won around 11%, down from the 12.6% it won when it first enetered parliament in 2017, the AP reported.

Laschet said, with Merkel and his party's leadership around him, that "we can't be satisfied with the result" projected by exit polls, when the Union bloc won 32.9% four years ago.

"The result puts Germany, the Union, all democratic parties, before big challenges," Laschet said, according to the wire service. "We will do everything we can to form a government under the Union's leadership, because Germany now needs a coalition for the future that modernizes our country."

The most likely coalition for Laschet is to work with the Greens and Free Democrats.

Scholz called the predicted result a "great success," saying that many voters chose the Social Democrats "because they want a change of goverment and because they want this country's next chancellor to be Olaf Scholz."

"Now we will wait for the final election result, but then we will get to work," he said, according to the news outlet.

The Union bloc and Social Democrats could repeat their currently outgoing "grand coalition," under either Laschet or Scholz, but the rival parties are unlikely to be interested in it after the usually tense alliance they had during 12 of the 16 years Merkel has been in power, the AP reported.

As for policy positions, Laschet says there should not be any tax increases as Germany is getting out of the COVID-19 pandemic, but Scholz and the Greens' Annalena Baerbock are for tax hikes on the wealthiest Germans and a minimum wage increase.