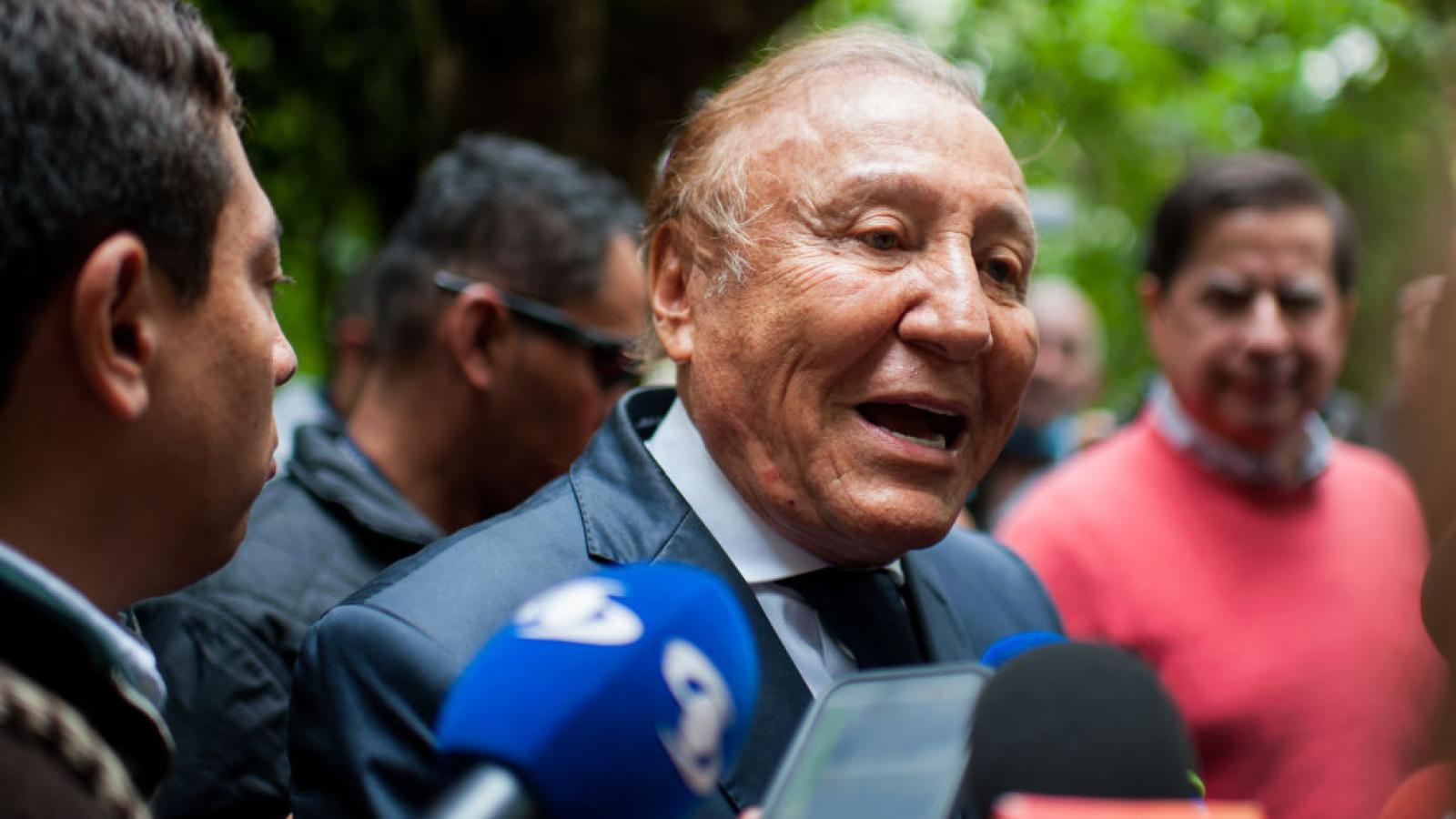 Rodolfo Hernandez, 77, a populist not affiliated with a political party, came in second in the country's election on May 29 with 28% of the vote.

Leftist Sen. Gustavo Petro, 62, a former member of the M-19 guerrilla group and former mayor of Bogota, came in first with 40% of the vote, while former Medellin mayor Federico "Fico" Gutierrez, a conservative, trailed in third place with 23%.

Based on the results of the May 29 election, Hernandez is in a strong position heading into the runoff election. Hernandez could win the presidency in the head-to-head contest with Petro if most of Fico's supporters gravitate toward his candidacy.

Hernandez, a businessman and former mayor of Bucaramanga, has focused his campaign on fighting corruption and reducing wasteful government spending. According to the Associated Press, Petro addressed his supporters after the May 29 election with confetti raining down in a crowded room while Hernandez "sat at his home kitchen table and spoke to his followers for five minutes on Facebook Live."

Hernandez entered politics back in 2016 and has positioned himself as an outsider in the presidential campaign, drawing comparisons to Trump, a businessman and TV personality who went on to win the 2016 Republican nomination for president and defeat former Secretary of State Hillary Clinton in the general election.

On the campaign trial, Petro, a member of the Colombia Humana party, has emphasized more state involvement in the economy. He is seeking to transition the country off of fossil fuels, vowing to ban oil exploration on day one if he wins.

As a candidate for the presidency, Petro had a conversation with Sanders, a self-described Democratic socialist, in September 2021. He detailed on social media some of the topics the two politicians discussed, including ways to "strengthen the ties between US and Colombian progressivism."

Petro expressed support for Sanders in January 2020 during the 2020 Democratic presidential primary process.

"If Bernie Sanders becomes the Democratic candidate, leading his progressive trend, he could defeat Trump and change the world," Petro wrote on Twitter, translated from Spanish. "You have to take a stand for social and political transformations or the existence of life goes into a spin, friends."

Sanders' office did not respond when Just the News asked if the senator had any other conversations with Petro since September 2021.

Trump garnered support from Cuban-American and Colombian-American voters in Florida, which helped him win the state in 2016 and 2020. Trump criticized Petro during the 2020 election for expressing support for Biden, who had won the Democratic nomination.

"Joe Biden is a PUPPET of CASTRO-CHAVISTAS like Crazy Bernie, AOC and Castro-lover Karen Bass," he wrote on social media in October 2020. "Biden is supported by socialist Gustavo Petro, a major LOSER and former M-19 guerrilla leader. Biden is weak on socialism and will betray Colombia. I stand with you!"

According to the U.S. State Department, the U.S. and Colombia "share a commitment to promoting security, prosperity, and democratic governance in Colombia and across the Western Hemisphere."

Adam Isacson, a defense policy expert with the Washington Office on Latin America, predicted that Petro winning the presidency would result in "more disagreement and distance" between the U.S. and Colombia.