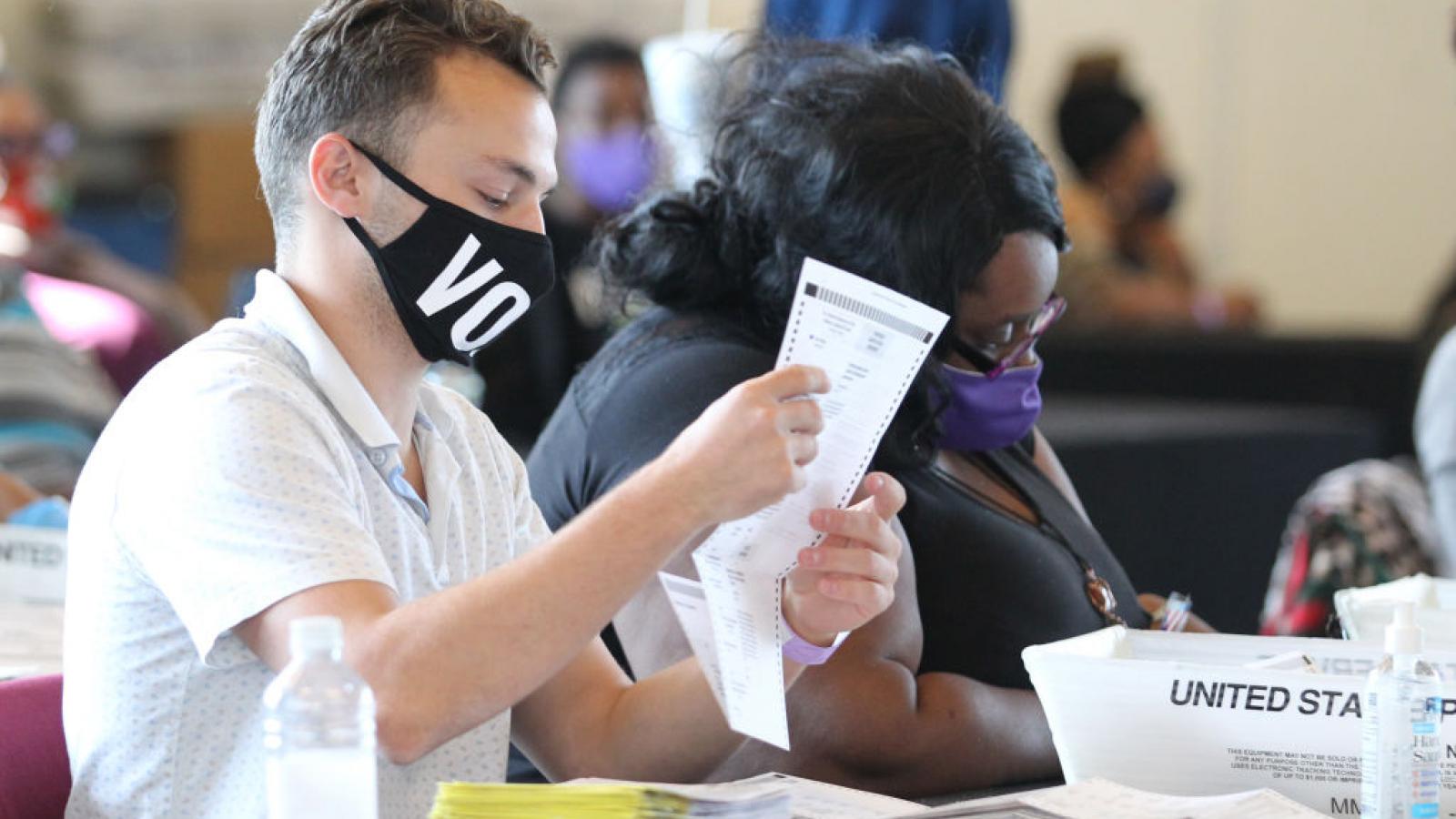 A Fairfax County judge threw out a lawsuit Friday that accused the Fairfax County Office of Elections of improperly accepting absentee ballots during the 2020 election.

According to the lawsuit obtained by Just the News, the Virginia Institute of Public Policy alleged the county approved absentee ballot applications in which the voter didn't provide the last four of their Social Security number, which is required by Virginia state law.

The lawsuit also included a signed affidavit by Christine Bern, who says the county registrar "instituted a procedure to approve absentee ballot applications on which the applicant has not provided the last four digits of his or her social security number."

Berm also alleged that she personally approved over 300 applications that didn't have any numbers on their applications.

According to WTOP,  Judge Michael Devine threw out the lawsuit, saying the plaintiffs lack standing. Devine went on to say that Virginia law requires the lawsuit to be brought by an "aggrieved voter, a candidate, or candidate's party," and that the Virginia Institute of Public Policy didn't fall under any of those categories.

The county did admit that county registrar Scott Konopasek "accepted and approved some applications for absentee and ‘vote by mail’ ballots that were submitted by mail (or other remote means) that did not include the last four digits of the applicants’ Social Security numbers."

It is not yet clear whether VIPP will re-file their lawsuit, or seek another legal remedy.