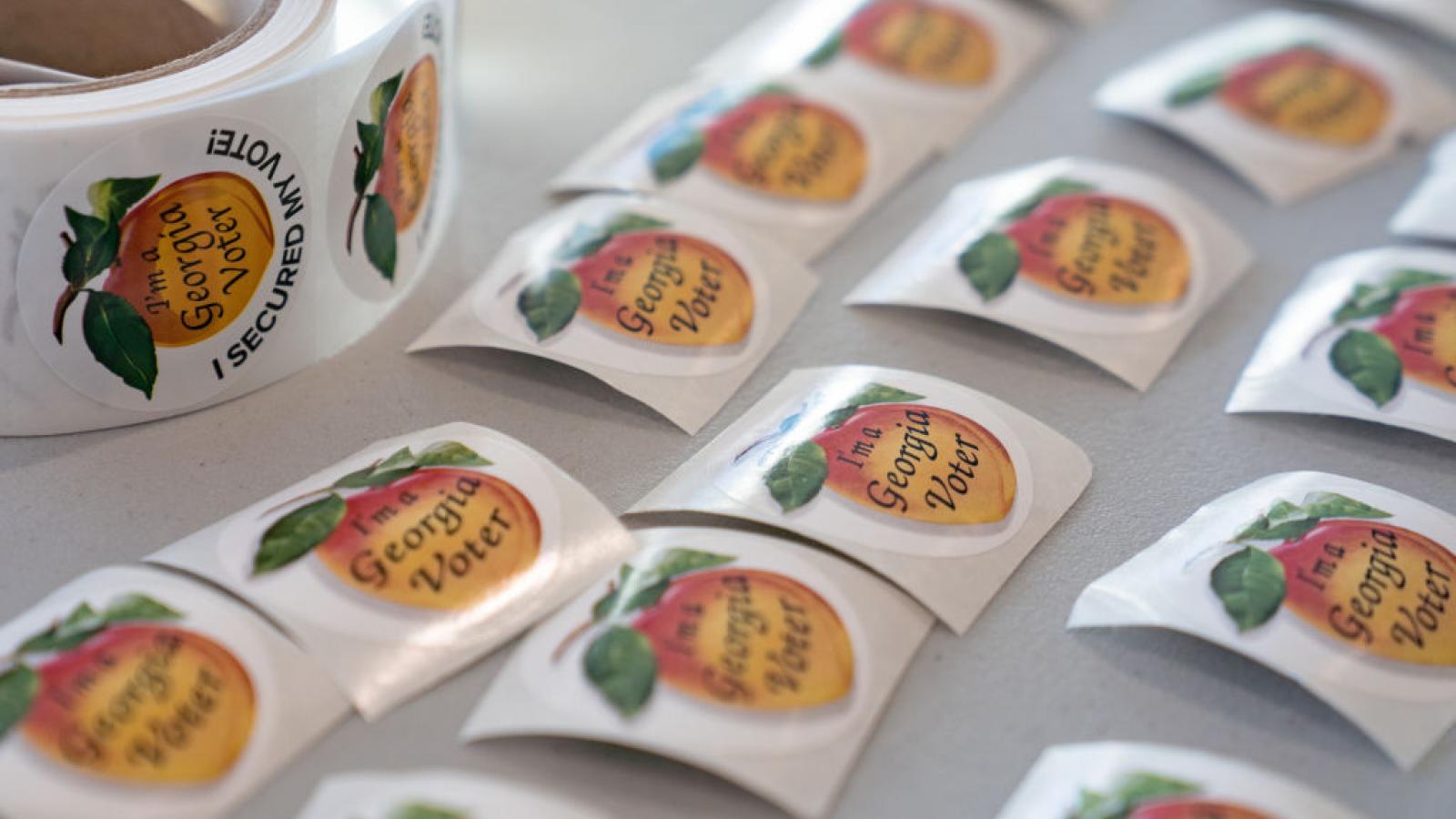 A federal judge on Wednesday refused to block Georgia’s new election integrity law from taking effect, saying a liberal group’s request for a preliminary injunction failed to show imminent constitutional harm and would disrupt upcoming elections in the state.

“The Court is not persuaded by Plaintiffs’ argument for a bright line exception to Purcell because they have alleged First Amendment harm. Plaintiffs have not provided authority, nor is the Court aware of any, that would support this interpretation of the law,” U.S. District Judge J.P. Boulee ruled in an 11-page ruling rejecting the challenge by the Coalition for Good Governance.

Boulee also wrote he was disinclined to “change the law in the ninth inning” when Georgia has runoff elections for seats in the Georgia state House planned for later this month.

“Election administrators have prepared to implement the challenged rules, have implemented them at least to some extent and now would have to grapple with a different set of rules in the middle of the election,” Boulee wrote in an 11-page order. “The risk of disrupting the administration of an ongoing election … outweigh the alleged harm to plaintiffs at this time.”

You can read the full ruling here.

It still faces a second challenge filed recently by the U.S. Justice Department, which is pending in the courts.

The decision follows just days after the U.S. Supreme Court upheld new election integrity laws in Arizona banning ballot harvesting and votes cast in wrong precincts. The justice ruled such security provisions did not target minorities and therefore were constitutional, a ruling that could have an impact on future challenges to the Georgia law.

Marilyn Marks, executive director of the Coalition for Good Governance, said her group will file more lawsuits challenging other provisions of the law.

“We’re concerned about the voter confusion that will no doubt occur with these little-known rapid changes to the rules, including the required information on ballot applications and the short deadline for applications to be received in this last week before the election,” Marks said in a statement, reported the Atlanta Journal-Constitution.