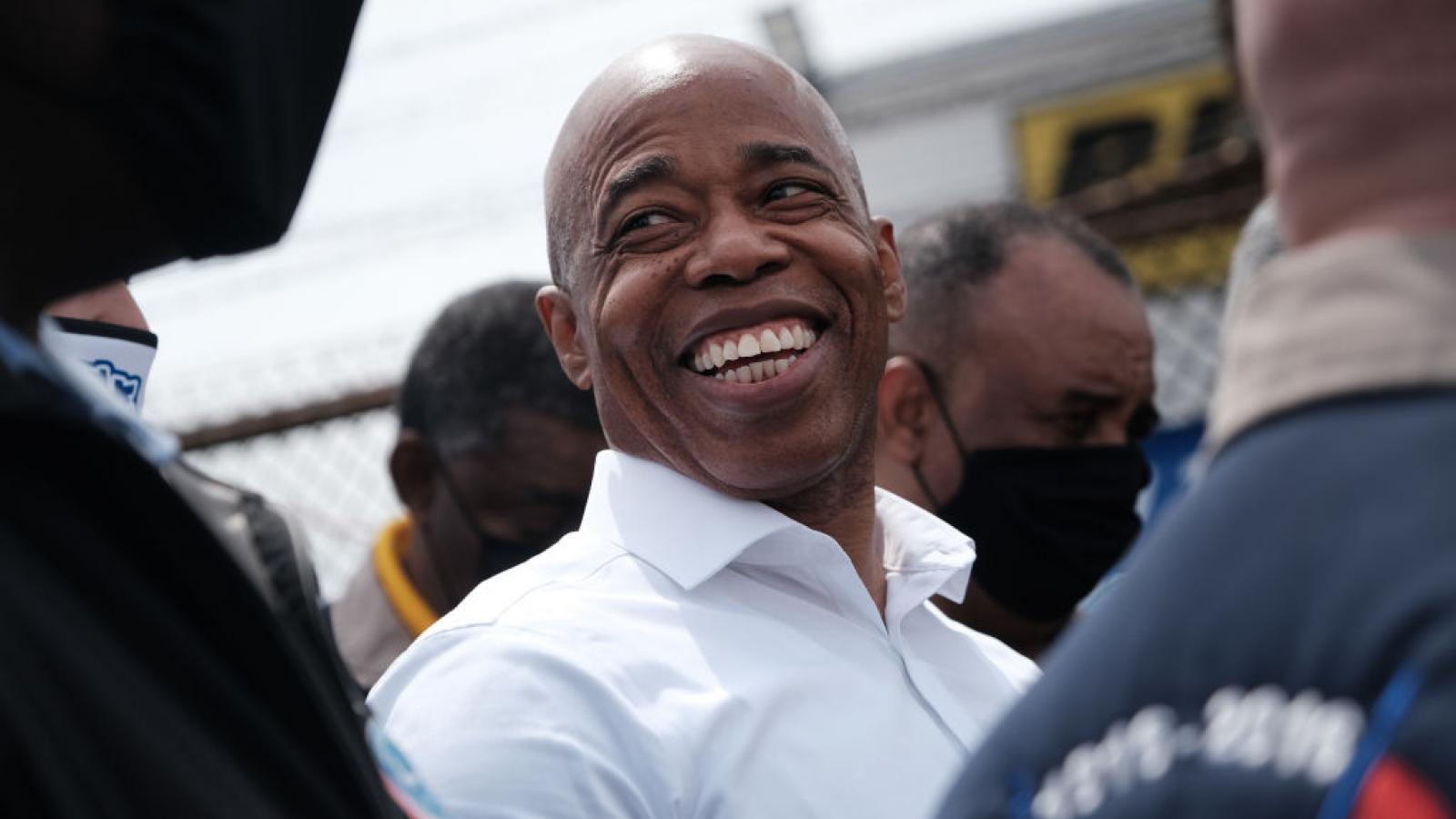 The Democratic candidate campaigned and won the party's primary with a tough-on-crime platform. He beat GOP candidate and Guardian Angels anti-crime patrol founder Curtis Sliwa before even half the votes were counted, 66.5% with 370,201 votes to 28.9% with 160,735 votes as of 10:06 p.m., according to the New York Daily News.

Adams is the president of Brooklyn Borough and will be the city's second black mayor.