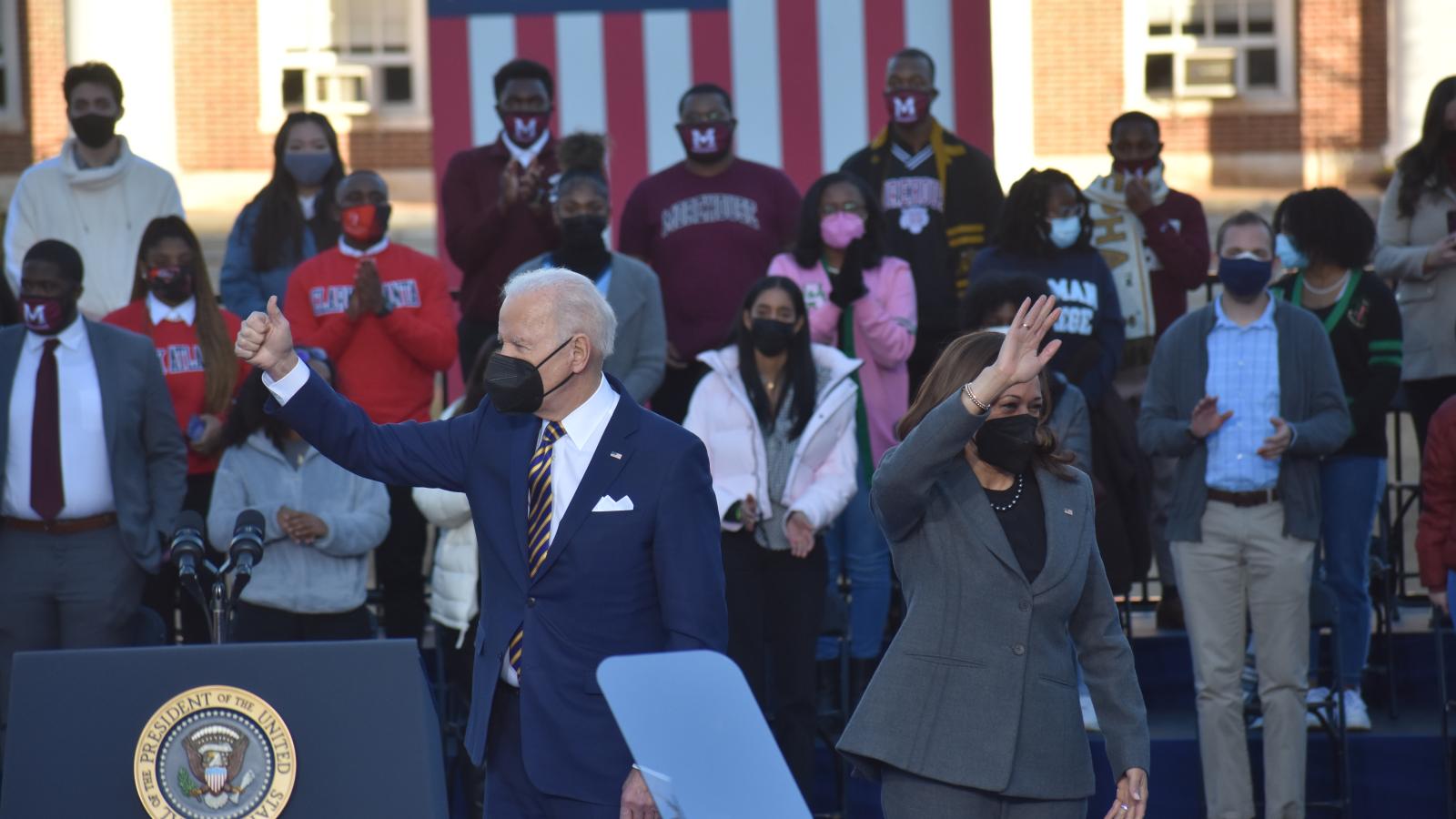 Biden and Harris in GA
Getty Images
By Natalia Mittelstadt

Former Ohio Secretary of State Ken Blackwell, a proponent of election integrity reform, said Wednesday that the bills currently making their way through Congress that are designed to federalize elections are part of "the same clown car that has driven this constitutional republic to a disastrous edge."

He made the comments following President Joe Biden's and Vice President Kamala Harris' speeches on Tuesday in Georgia regarding Democrats' voting legislation.

Blackwell, former mayor of Cincinnati, told the John Solomon Reports podcast Wednesday that the Democrats' election bills are "a crass power grab by the … clown car that is now running Washington, D.C."

After listing the Biden administration's unpopular policies and political failures, such as "soaring inflation" and the supply chain crisis, Blackwell explained how the Democrats want to unconstitutionally federalize elections.

"[E]lections take place at the local level, in a decentralized way, because, one, that is where you have transparency, that's where you have familiarity, that's where you have buy-in," he said. "And if you start to take it away from states and localities, you run the risk of the same clown car that has driven this constitutional republic to a disastrous edge taking control of our elections. It won't stand."

Blackwell criticized Democrats for their inconsistency on showing ID to vote versus providing proof of vaccination as Washington, D.C.'s vaccine mandate — which includes showing a vaccine card and photo ID at venues such as restaurants and gyms — goes into effect Saturday.

Regarding voter ID, he said, "To equate these common-sense reforms that states are putting in place to ensure the integrity of the election system as being a throwback to Jim Crow is an insult to all Americans, especially those in the African-American community."

Ohio's former top-ranking elections official noted how the president and vice president "couldn't surface one bit of evidence of voter suppression" in their speeches on Tuesday regarding Democrats' voting legislation. "It was a lot of foot-stomping, hand-waving, hot rhetoric, but there were no facts, no cases presented," he said.

"[T]he same clown car that has now made every town a border town because they surrendered our southern border is the same folks who want to have not only a nation without borders, they want voters without borders, and in fact, we have to push back with common-sense solutions," he urged.