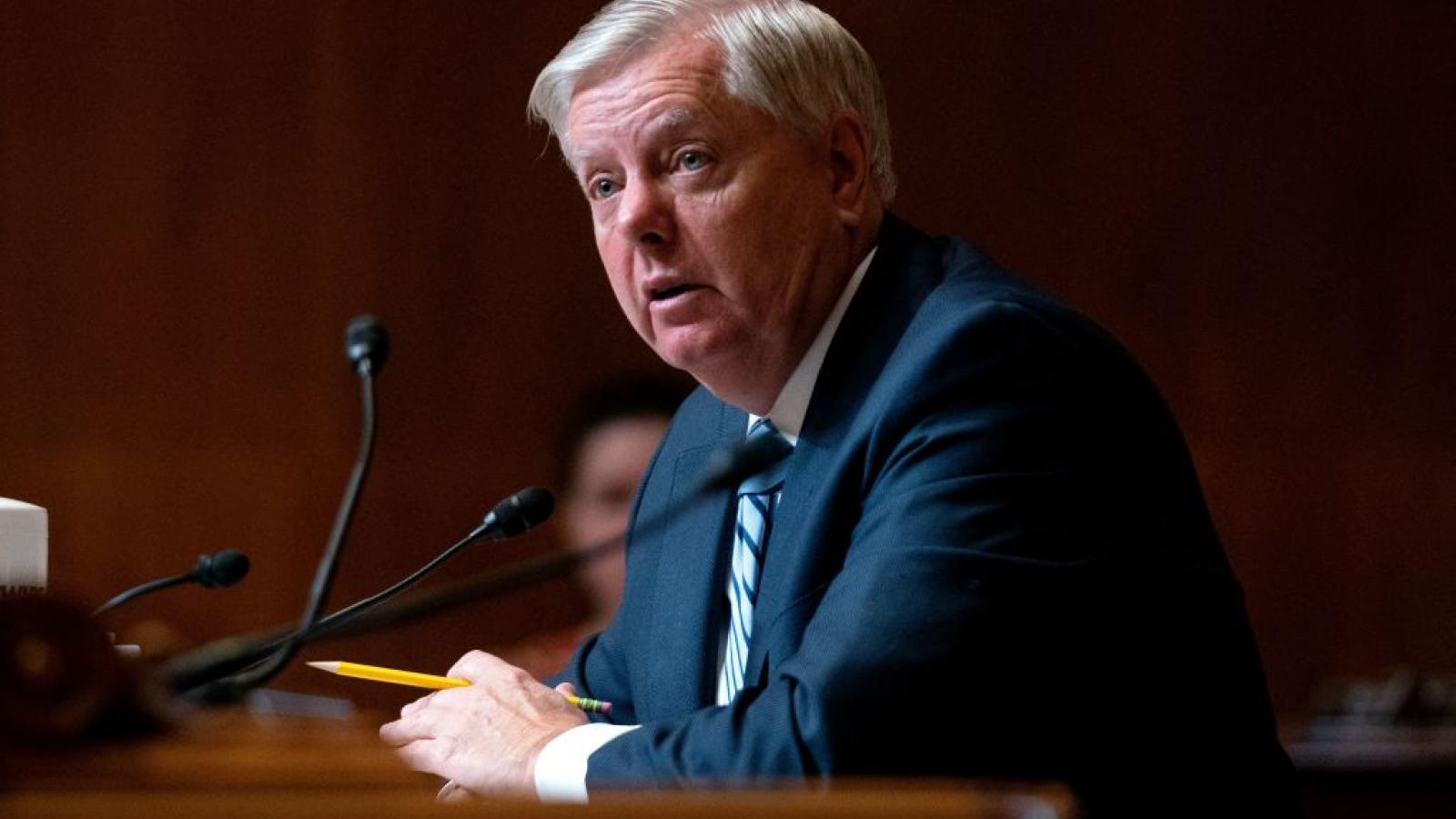 A judge in Fulton County, Georgia, has ordered GOP Sen. Lindsey Graham to testify before a special grand jury later this month.

Graham was one of eight people subpoenaed last week by the jury, which is seeking testimony into alleged criminal interference into the 2020 election results in the county. Graham initially said he would fight the subpoena and accused the county district attorney of playing politics.

This week presiding Fulton County Superior Judge Robert McBurney determined Graham is a "necessary witness" to the investigation and therefore must testify.

The grand jury, according to the judge, needs to hear about two phone calls between the South Carolina senator and Georgia's secretary of state, Brad Raffensperger.

Graham allegedly told Raffensperger he should consider reexamining certain absentee ballots cast in Georgia to explore the possibility of a "more favorable outcome for former President Donald Trump," whose loss in Georgia was a critical blow to his attempt to win reelection.

The grand jury also subpoenaed former Trump attorney Rudy Giuliani and several others who were fighting the outcome of the 2020 election in Georgia and elsewhere. Fulton County became a national center of attention following accusations that massive voter fraud had taken place there.

Fulton County District Attorney Fani Willis says it is her hope that Graham "will have a moment of quiet reflection and decide to bring truthful testimony before this grand jury that wants to hear from him on some very important issues."

The senator is ordered to testify on Aug. 2, but the subpoena must work its way through courts in Washington, D.C., which may be a lengthy process.