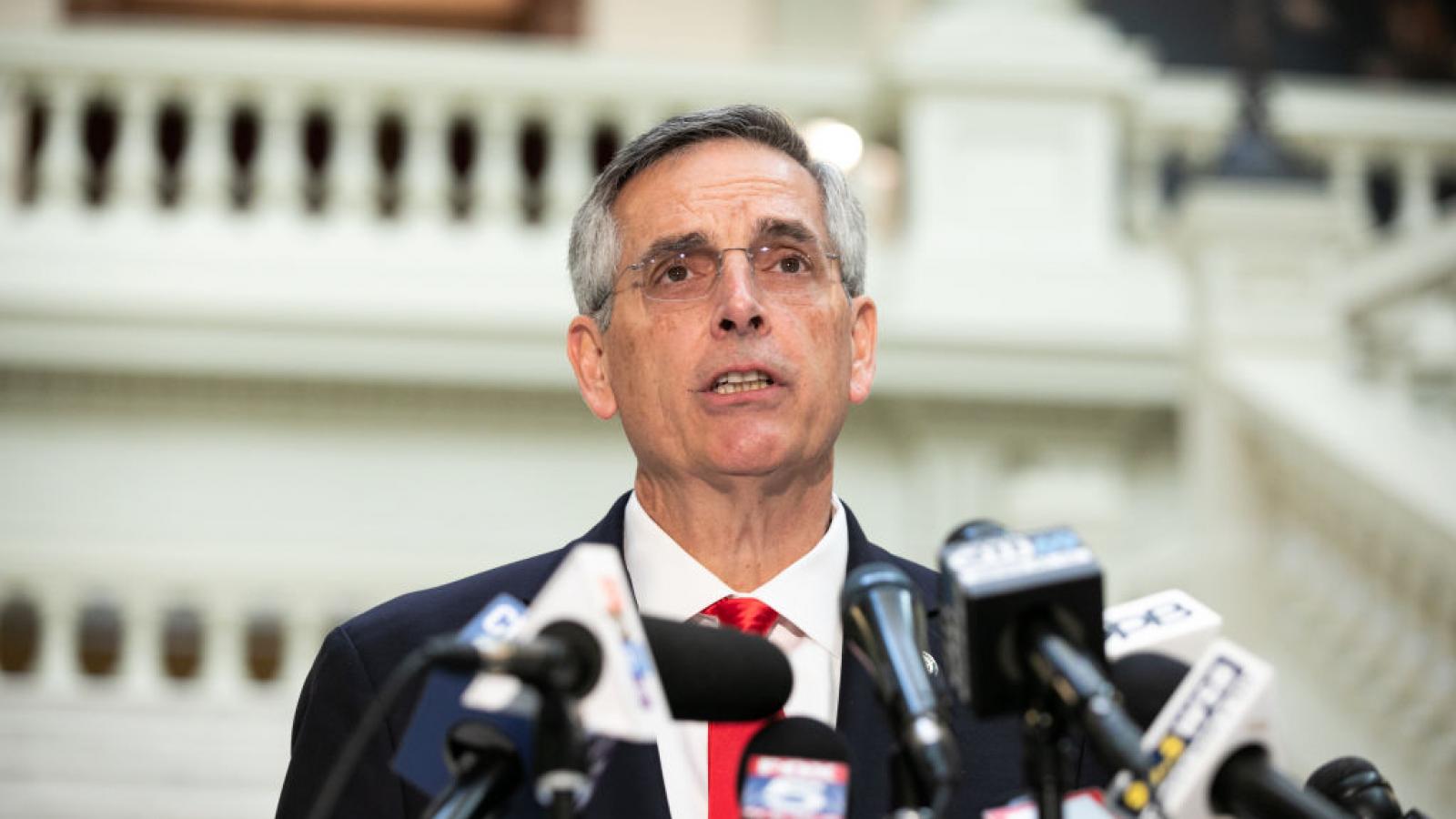 Georgia's largest county is prepared to name a paid lobbyist for liberal voting law activist Stacey Abrams' group to be the next chairwoman of its election board, drawing immediate condemnation from the state's top election official.

Fulton County's Board of Commissioners confirmed Tuesday it is considering hiring Cathy Woolard, a former Atlanta city council president and mayoral candidate, as the next chair of the county's election board. A vote is expected as early as Wednesday, according to the commission's meeting docket.

Woolard was hired earlier this year as a lobbyist for Fair Fight Action Inc., a voting law advocacy group founded by Abrams, and was paid in excess of $10,000 to to lobby the Georgia government on "social welfare" and "voting rights" before she terminated her lobbying registration earlier this week, state records reviewed by Just the News show.

"Fulton County needs to think again before appointing someone who is bought and paid for by Stacey Abrams to run elections in Fulton County," Raffensperger said. "Appointing such a blatantly partisan and conflicted individual, who is literally on Stacey Abrams's payroll, will do incredible damage to the already terrible reputation Fulton has for running elections."

Raffensperger said the personnel move only further heightens his desire to complete a state takeover of Fulton County's elections before the 2022 election season.

"If the Fulton County Commissioners go through with this partisan and irresponsible selection, I will seek the removal of Fulton's entire election board through SB202, Georgia's new election law," he warned.

A bipartisan panel appointed by the State Election Board is currently conducting an investigation of Fulton County's election counting in November 2020 after records obtained by Just the News show a state contractor observed widespread irregularities including double scanning of ballots, insecure transport of ballots and possible violations of voter ID protections. If the investigation confirms such problems, it could prompt a state takeover of the county's election process, leaving vote counting in the hands of a special superintendent.