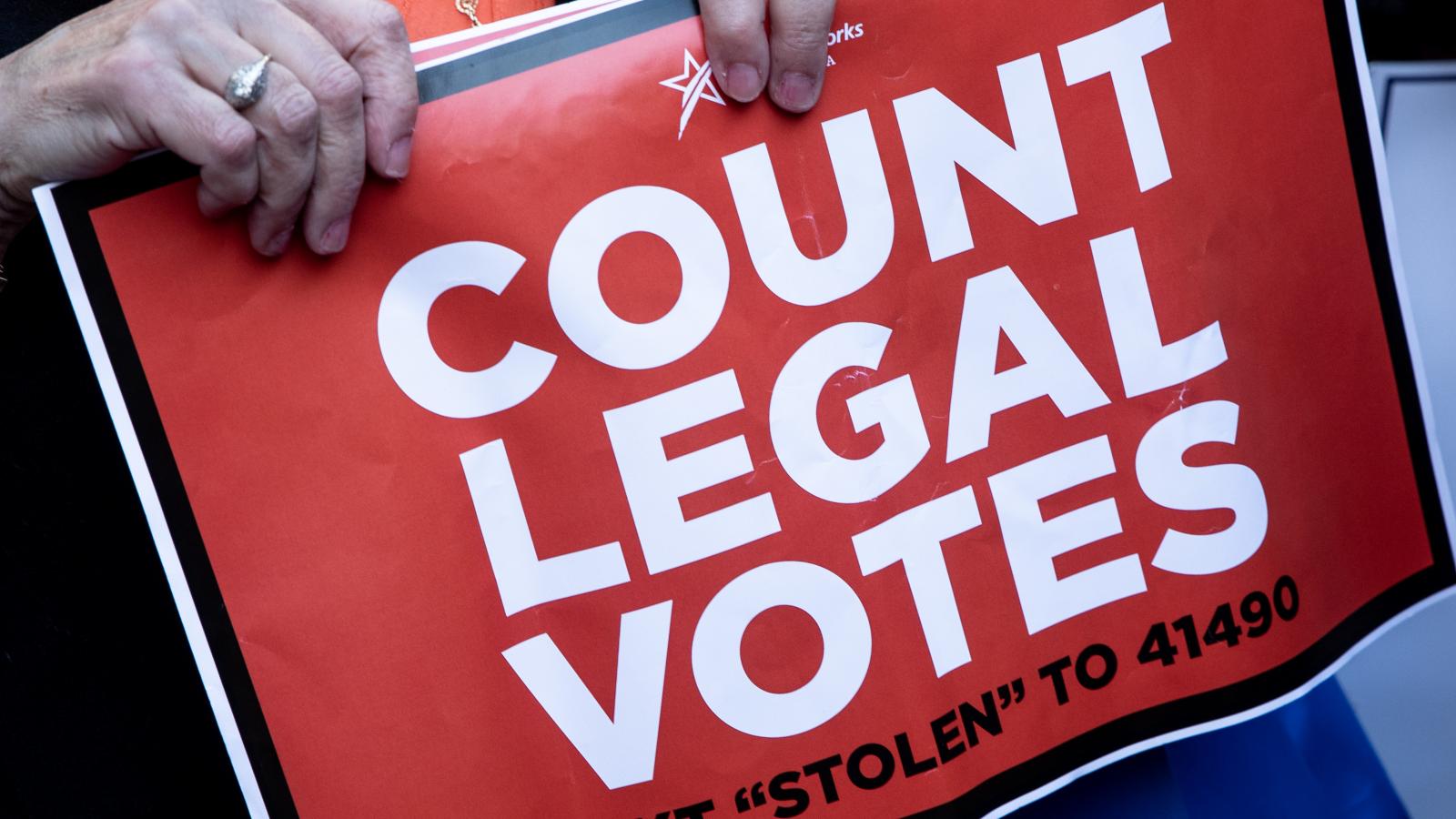 A supporter of U.S. president Donald Trump holds a sign during a protest outside the Philadelphia Convention center.
Getty Images
By Sophie Mann

A new poll finds 50% of Republicans do not believe their votes will be counted accurately the next time they head to the polls – a dramatic drop in confidence since the 2020 presidential election.

The NBC News poll also show just 41% of Republicans surveyed continue to believe that their vote will be counted fairly, compared to 84% last year.

Democrats, however, remain consistent in their belief that their votes will be counted accurately, with 89% of those surveyed responding in the affirmative.

Just 66% of all registered voters surveyed said they have confidence that their votes will be counted accurately during the November 2022 midterms – a figure that has plummeted close to 20 percentage points since October 2020.

A recent NPR poll shows a similar trend among the political parties, with just 33% of Republicans saying they believe the 2024 presidential election will conducted fairly, compared to 90% for Democrats and 60% for independents.

Former President Trump has been working for nearly a year alongside other conservative political figures to determine the legitimacy of the 2020 presidential election, which he has maintained was stolen from him.

Heading into the 2022 primary season, a GOP state legislators across the country have taken up measures to try to improve  voting integrity.