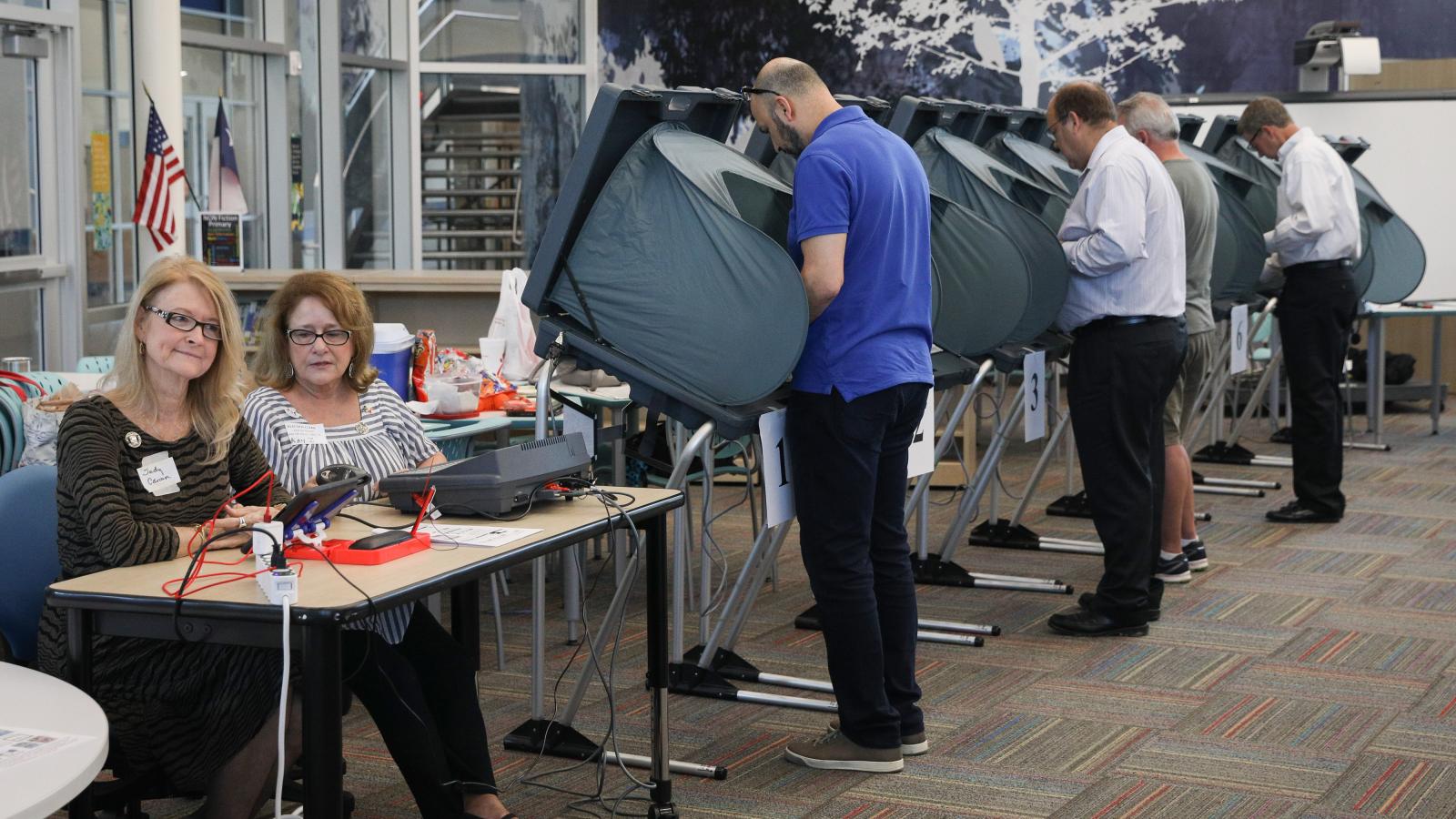 Results are rolling in from Tuesday's Indiana primary election, and new Republicans are securing their spots in the general election.

The New York Times declared Erin Houchin the winner of the 9th District GOP primary with more than 35% of the vote. She is likely to win the general election in the deeply red area.

Former President Donald Trump did not endorse a candidate in the 9th District primary, and FiveThirtyEight observes that those running "have all avoided taking a firm position" on the idea that the 2020 election was stolen.

One of the top fundraisers for the race, Houchin was endorsed by the Republican women's groups the Susan B. Anthony List and E-PAC. Her runner-up, Mike Sodrel, earned more than 25% of the vote.

Republican Rep. Greg Pence, brother of former Vice President Mike Pence, faced off against challenger James Dean Alspach. Pence received Trump's endorsement despite his brother's tension with the former president. He was declared the winner of the 6th District's GOP primary early in the evening by the Indiana Republican Party with more than 75% of the votes with about 60% reporting.

Seven Republicans battled for the 1st District primary nomination, which covers the suburbs of Chicago.

The seat is currently held by Democrat Rep. Frank Mrvan, one of two incumbent Democrat House representatives running for reflection in Indiana. Mrvan easily won his primary with about 90% of the vote.

The Times declared Air Force reservist Jennifer-Ruth Greene the GOP primary winner. With more than 80% of the votes counted, she has nearly 50% support.

Only two GOP candidates in the 1st District reported fundraising money: Green with more than $300,000 and former LaPorte Mayor Blair Milo, who raised about $225,000, FiveThirtyEight reported.

While both candidates would add another woman to the GOP congressional ranks, if Green wins in November, she would become the only Black Republican woman in the House.

Incumbent Republican Sen. Todd Young did not have a challenger in the primary, but he will go on to the general election to face off against Democrat Thomas McDermott, the mayor of Hammond.

Young is expected to win reelection in the Republican-controlled state.

Ohio voters also went to the polls on Tuesday to cast their ballots in the primary. Trump-endorsed author J.D. Vance won the state's GOP Senate primary.