Melissa Carone briefly became an internet sensation in December following her testimony at a Michigan hearing on election fraud. 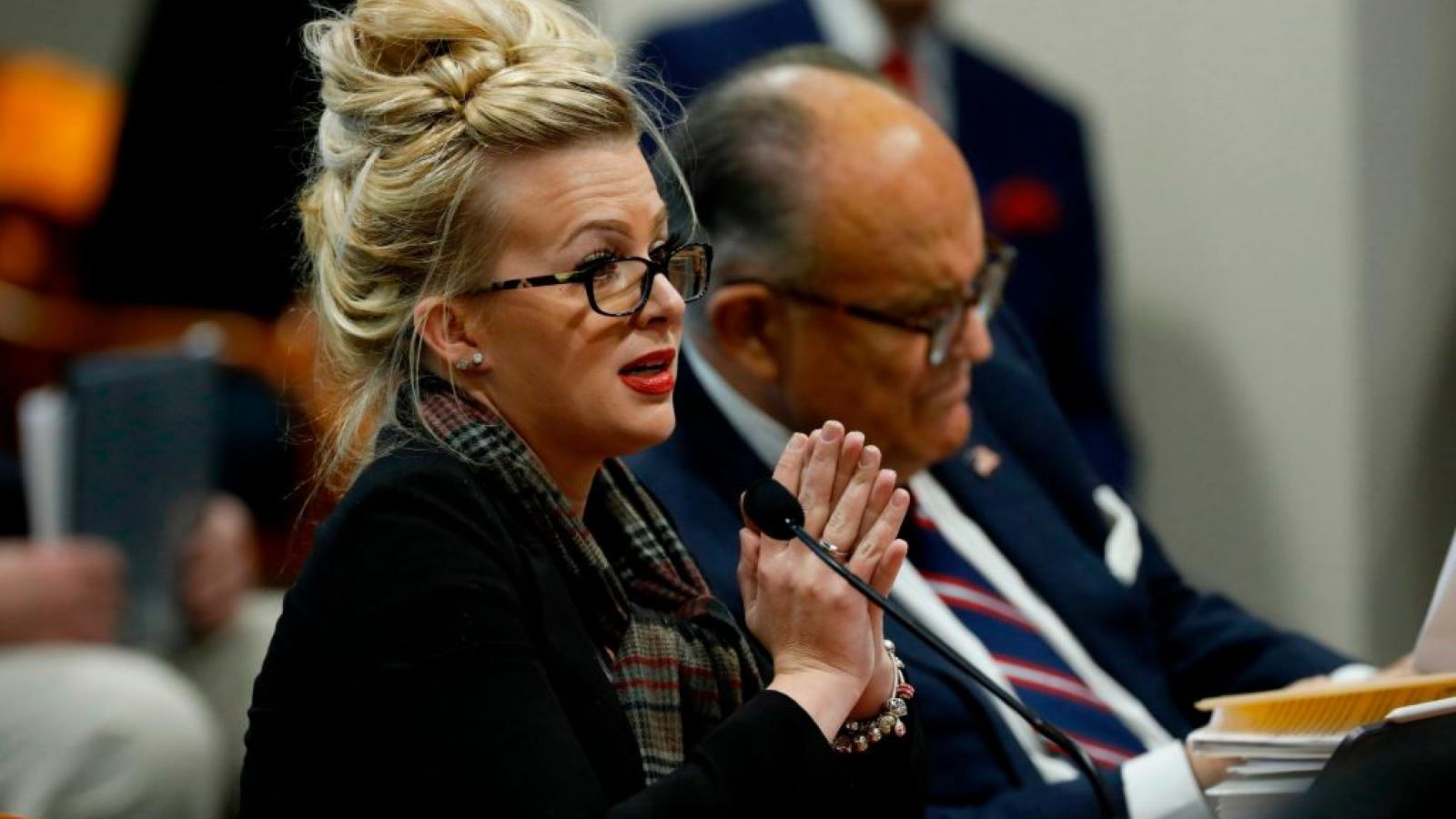 Melissa Carone, the IT worker whose testimony about witnessing election fraud in Michigan thrust her into the national spotlight, says she is now running for a state House seat.

At a hearing last December held by a Michigan House panel about election fraud in the 2020 presidential elections, Carone testified for a Trump campaign legal team led by Rudy Giuliani.

Carone told Deadline Detroit that she intends to run for the seat representing Michigan's 46th District.

"My ultimate goal is to get our ballots hand-counted and clean out Lansing just like draining the swamp in D.C. because that's what we need," she said.

Carone was asked about her stance on the Jan. 6 breach at the U.S. Capitol. "Everyone that knows me knows that I'm not a dangerous individual and that I'm totally against violence," she said. "What's dangerous is somebody stealing the election."

On Sunday, Carone updated her campaign facebook page, writing: "Thank you for all the support, I will continue fighting for election reform, protecting our constitutional rights as Americans, and fully supporting Donald Trump. We are under attack, we must come together and demand our freedom back!"