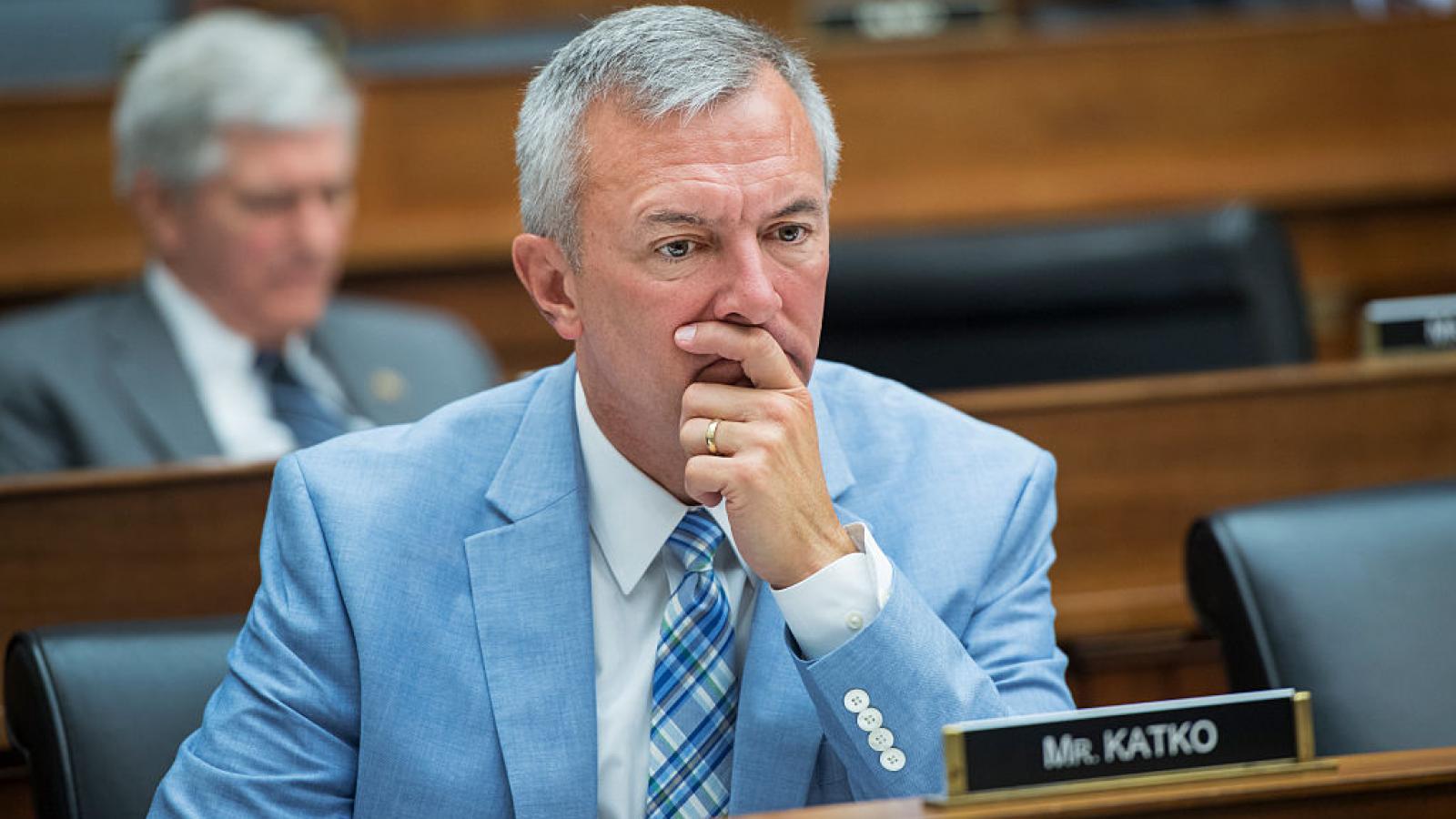 New York Republican Rep. John Katko has announced he will not seek reelection.

The moderate Republican from a swing district was one of only 10 members of his party to vote to impeach former President Donald Trump.

Katko ended speculation Friday that he would run for a fifth term in an email sent to reporters, in which he expressed a desire to "enjoy my family and life in a fuller and more present way."

He would have faced at least one primary challenger.

The congressman joins a growing list of at least a dozen other Republicans who have said they will not be seeking reelection in the House. More than twice that number of Democrats have bowed out of their races.

Katko becomes the third of the 10 members who voted to impeach Trump to announce he won't be running again. Adam Kinzinger of Illinois and Anthony Gonzalez of Ohio will also retire from the House, while Fred Upton of Michigan has not yet announced his plan.

Upon receipt of Katko's news, the former president said in a statement, "Great news, another one bites the dust. Katko, from Upstate New York, is gone!"

Below is Katko's full statement:

"For the past 32 years, I've devoted my life to protecting and serving our community and our country. First as a federal prosecutor, and now as a Member of Congress, it has been my mission to unite people in order to solve serious problems.

"We have had great success in this mission: passing a long-needed and bipartisan infrastructure package, addressing drug addiction and mental health, lowering taxes on the middle class, leading efforts to secure our homeland and keep this country safe — and far too many others to mention. This experience has been rewarding in ways I never thought possible

"During this same time, I have been blessed beyond belief with family, health, and the most loving and patient wife on earth. Over the course of the past three years, my wife Robin and I buried all four of our parents. To say that those gut-wrenching times provided life-changing perspective for me is putting it mildly.

"That’s why, after 32 years of public service, I have decided not to seek re-election to Congress, so that I can enjoy my family and life in a fuller and more present way.

"My conscience, principles, and commitment to do what’s right have guided every decision I've made as a Member of Congress, and they guide my decision today. It is how I’ve been able to unite people to solve problems, and how I was rewarded with resounding victories in every single campaign for Congress.

"Representing Central New York in Congress — solving real problems, and relentlessly championing bipartisanship — has been the honor and privilege of a lifetime. It is with profound gratitude for my colleagues, staff, supporters, team, and the people of New York's 24th Congressional District that I am thrilled to begin this next and best chapter of my life alongside Robin and our family."