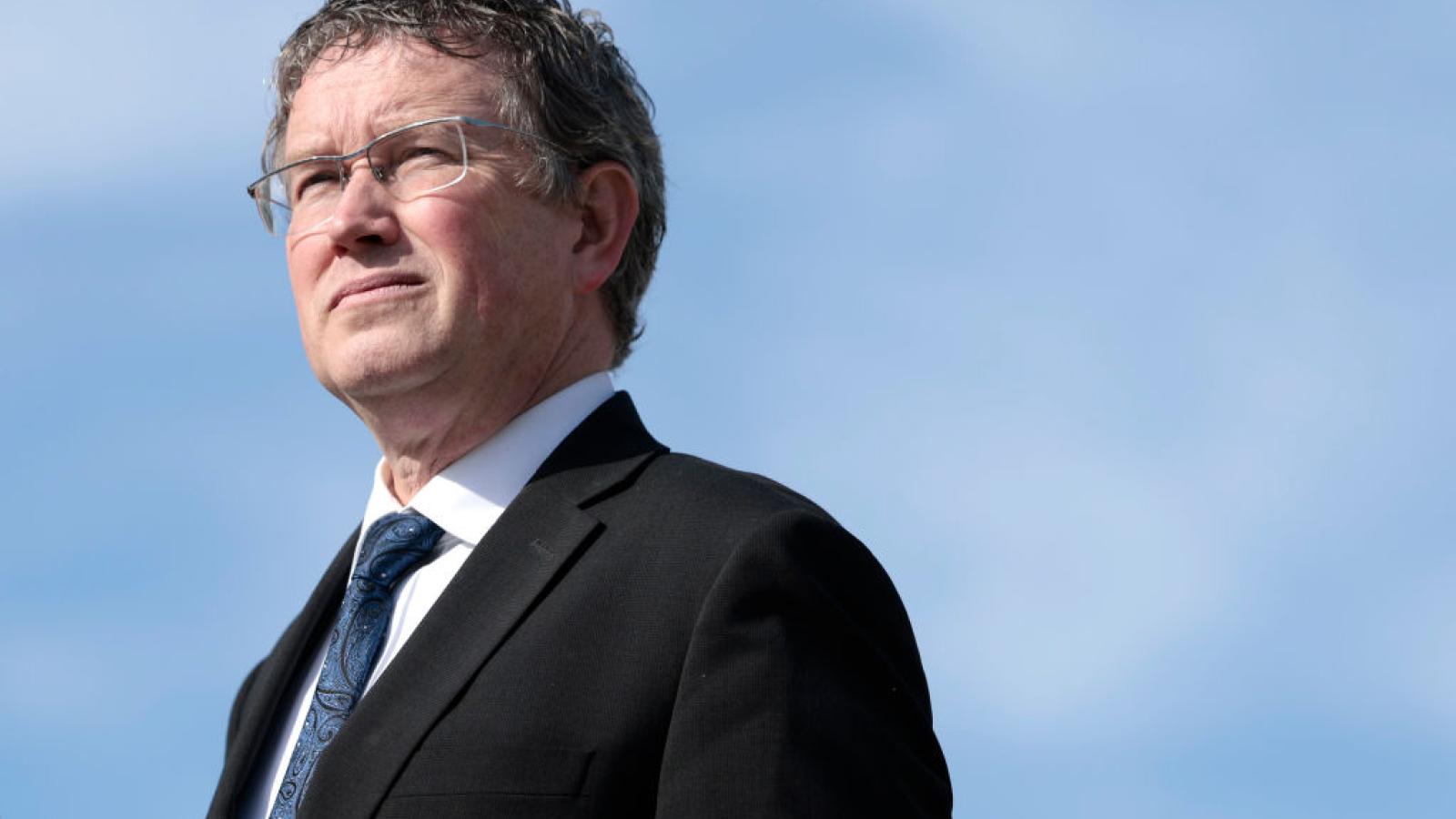 Kentucky Republican Rep. Thomas Massie said early Wednesday morning that even a razor-thin Republican majority in the House would be "the difference between night and day."

Control of the House has yet to be determined.

Massie was asked if he's concerned about the GOP having a slim majority.

"I've been in the majority for six years, and then I was in the minority for four years,” he told Just the News. “It's the difference between night and day in the House of Representatives.

“It’s not like the Senate. If you're in the minority in the House, they can completely ignore you."

He also said during the interview at House Republican Leader Kevin McCarthy's "Take Back the House" election night event: “And for me being on the Judiciary Committee, it's the difference between Chairman Jerrold Nadler and Chairman Jim Jordan. If we get to 218 (seats), 218 makes Jim Jordan a chairman, as much as 240 makes Jim Jordan the chairman,”

Massie said that a slim GOP majority would lead to more oversight of the Biden administration.

"We schedule the hearings. We determine the witnesses. We write the rules for the floor. We write the rules for the committees. it's the difference between night and day," he said.
“We control the appropriations process. You have the power of the purse. We decide what gets funded and what does not get funded. I can't overstate the difference between being in the minority and the majority in the House of Representatives, whether it's one seat or 30."

Massie was asked if he agreed with other Republicans who have suggested using the Holman rule to strip salaries of federal employees who are not implementing certain laws that Congress has passed.

"I think we should use the power of the purse, or they'll be dilatory, and they'll just stall for two years in document production. I don't think you necessarily have to target an individual member. If you cut (Homeland Security Secretary Alejandro) Mayorkas' budget by 1%, he would be in front of our Judiciary Committee in 30 minutes," he said.